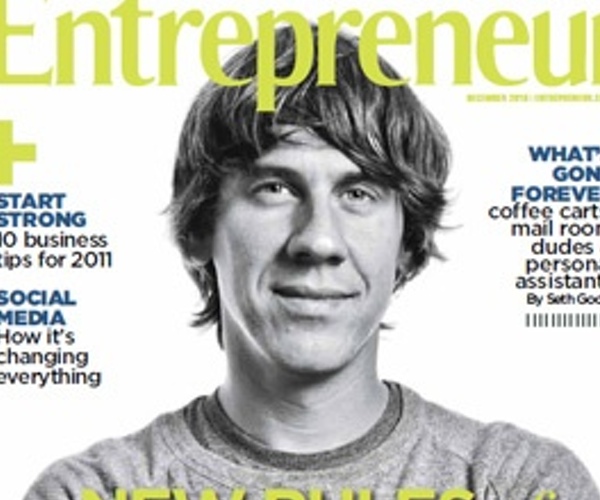 Foursquare Co-founder Dennis Crowley made this month’s cover of Entrepreneur Magazine. The magazine details Crowley’s advocacy for geo-location since 2000, before Twitter and Facebook stormed the scene.

The article tells Crowley’s background from his time working as an analyst at JupiterResearch in New York and working on Dodgeball, his thesis project at NYU’s Interactive Telecommunications Program (ITP). Enough buzz caused Google to acquire the in 2005 but it never went anywhere and Crowley left Google in 2007.

Flash forward to March 2009, when Crowley meets software developer Naveen Selvadurai and Foursquare was born. Now, Foursquare, an admittedly addictive platform, has nearly 4 million users, with over 20,000 new users checking in every day. “Foursquare is about improving relationships, making cities easier and more fascinating to experience,” Crowley says in the article, “and making the world a more interesting place to explore.”

Read next: Which shipping company treats your packages best? Popular Mechanics finds out.