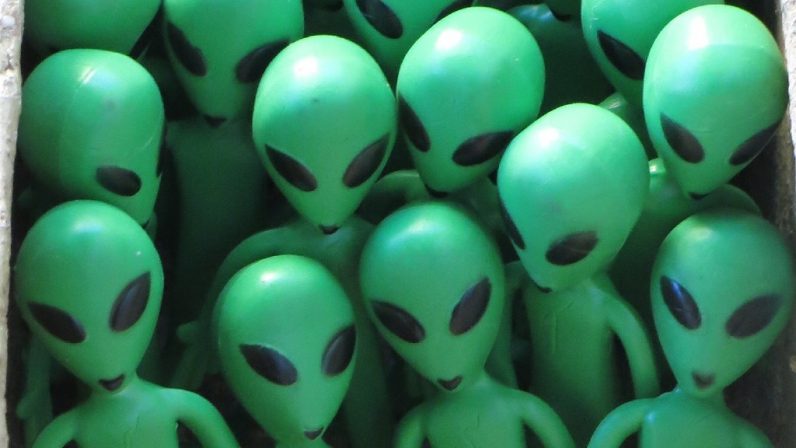 We’ve been expecting aliens from Mars for decades now, but what if life was vanquished on the red planet before evolution ever got the chance to take hold?

A pair of researchers recently published an analysis of 3.5 billion-years-old soil samples from Mars containing chemical compounds called “thiophenes” that could, potentially, be organic. If they are, it would be highly likely that bacteria once lived on the planet.

Terrestrial thiophenes are considered tell-tale signs of life by Earthbound biologists. The presence of these possibly-organic compounds in martian soil represents the strongest evidence yet that life may have once existed anywhere other than Earth.

Before we get ahead of ourselves, however, it’s worth mentioning that even the duo who conducted the research are skeptical. A leading theory for the existence of Martian thiophenes is actually meteor impacts on the planet’s surface, which would make them abiotic, meaning non-organic.

Per a press release on the study from Washington State University:

Meteor impacts provide one possible abiotic explanation. Thiophenes can also be created through thermochemical sulfate reduction, a process that involves a set of compounds being heated to 248 degrees Fahrenheit (120 degrees Celsius) or more.

However, as the press release continues, a slightly less likely but still possible scenario exists where ancient bacteria produced the thiophenes:

In the biological scenario, bacteria, which may have existed more than three billion years ago when Mars was warmer and wetter, could have facilitated a sulfate reduction process that results in thiophenes. There are also other pathways where the thiophenes themselves are broken down by bacteria.

Unfortunately, the Mars rover isn’t an astrobiologist. It may take human boots on Martian soil to ultimately determine the origin of the thiophenes. In the meantime, the team intends to conduct further research and, perhaps, get some more specific test data from the rover itself.

The researchers aren’t declaring the search for alien life complete just yet. While the presence of thiophenes in Martian soil is exciting, it’s not the definitive confirmation scientists are looking for. It may be awhile before we can say for sure whether life – bacterial or otherwise – ever existed on Mars.

Let’s say it does turn out that the thiophenes are organic, then what? Three million years ago there were at least four different hominid species roaming Earth, if Mars had living bacteria at the time, it would stand to reason that evolution would have lead to more complex life forms — unless something happened to prevent the next stage of biological development from occurring.

For more information check out the team’s research paper in the Journal of Astrobiology.