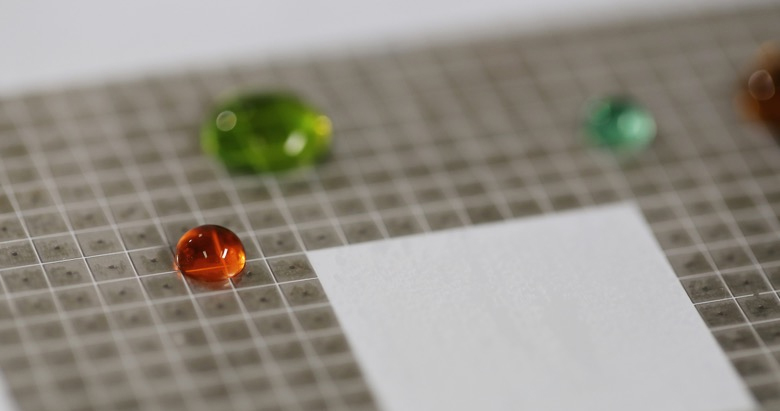 Screens are all around us and are immensely useful in conveying information – but they can overwhelm us and take up more of our attention than we can afford. That’s why MIT Media Lab researcher Udayan Umapathi began work on a calm interface that had a closer connection to the physical elements around us – using water.

Together with his colleagues – which include engineers and interaction designers – Umapathi created a project for his graduate thesis work called Programmable Droplets. The idea is to precisely control droplets of water, moving them along tracks, and merging and morphing them. Have a look in the clip below:

This is made possible through a technique called electrowetting, which allows for manipulating dielectric materials like water with electric fields. Umapathi explained that he first worked out the physics for programming sand particles when he took Professor Neil Gernshenfeld’s class on the “Physics of Information Technology,” and that their discussions led to the idea that the derivations would apply to water as well.

How would you use these programmable droplets? Umapathi, who describes himself as an experimental physicist, explains that there’s plenty of scope for inventive art installations that take advantage of the physical properties of water (such as wetting other materials, bending light, and trapping tiny objects):

We are working towards the goal of using our system to create kinetic installations where we can choreograph the motion of hundreds or even thousands of droplets. Imagine a thousand water droplets dancing together, wouldn’t that be mesmerizing?

I have plans for collaborating with artists and magicians in creating installations and illusions. Through these installations, we want to not only convey metaphorical meanings, but also trigger a sense of beauty and marvel in the viewer.

Water droplets can can carry biological and chemical matter. So if you can programmatically control them, you can execute chemical and biological experiments through a piece of code, without touching any manual tools. Our work finds many applications in life sciences, particularly in biotechnology.

Umapathi is also keen on creating interactive models for people to play with:

If you’ve watched director Guillermo del Toro’s recent fantasy film, The Shape of Water, you’ll remember that there’s a beautiful scene in which Eliza controls droplets on a window pane with her fingers. We want to develop the technology to a level where we can this can become a reality to create this kind of wonder and fantasy.


Beyond that, he explains, the group is also developing “various applications in biology to enable use cases which are otherwise impossible in the synthetic biology and drug discovery space.” I, for one, can’t wait to see water become more commonplace in modern interfaces around us.