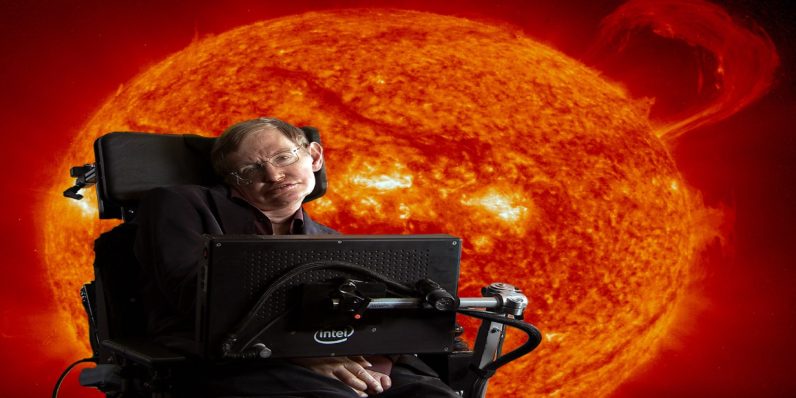 World renowned theoretical physicist Stephen Hawking is urging the nations of Earth to resume sending manned missions to the moon. He wants us to engage in another space-race – one that will serve as the catalyst for our eventual migration to a second Earth-like home planet.

Professor Hawking spoke to the crowd at the Starmus Festival yesterday in Norway:

We are running out of space and the only places to go to are other worlds. It is time to explore other solar systems. Spreading out may be the only thing that saves us from ourselves. I am convinced that humans need to leave Earth

He called upon the nations of earth to send astronauts to the moon by 2020, and Mars by 2025. His assertion is that by setting these goals – we can align mankind across the globe in a united purpose.

A new and ambitious space program would excite young people, and stimulate interest in other areas, such as astrophysics and cosmology.

…To leave Earth demands a concerted global approach, everyone should join in. We need to rekindle the excitement of the early days of space travel in the sixties

He also addressed concerns that any efforts to bolster a space program could be better used to fight the growing issues happening right here on Earth. The scientist pointed out that he wasn’t denying the importance of fighting climate change or other issues, but the need to colonize another planet stems from the idea that we might not be able to save this one.

The famous physicist called out Donald Trump, saying the US President “may just have taken the most serious, and wrong, decision on climate change this world has seen.” Presumably he was referring to the US withdrawal from the Paris Climate Agreement.

What can we do now? According to Hawking we’re out of options.

If humanity is to continue for another million years, our future lies in boldly going where no one else has gone before.

Beam me up before its too late.

Read next: Taking pictures in low light with your phone: 13 tips for shooting like a pro