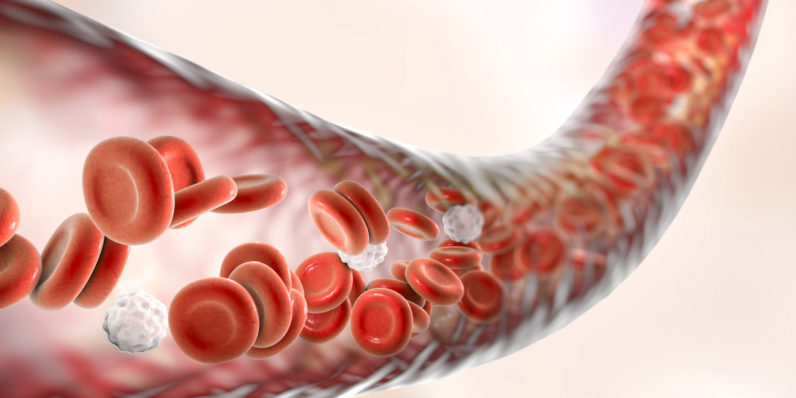 If Jesse Karmazin is right, injecting you with the blood of the young is the key to slowing aging. If he’s wrong, you’ll still be old, but $8,000 poorer. And either way the story goes, you’ll technically be a vampire — so, there’s that.

The startup, Ambrosia, is currently looking for 600 people to undergo a clinical trial in which volunteers agree to fork over thousands of dollars to receive 1.5 liters of plasma from a donor, age 16 to 25, over the course of two days. Karmazin, who has a medical degree but isn’t licensed to practice medicine, studied the effects of transfusions after observing dozens of them in his time as a med student at Stanford and an intern at the National Institute of Aging. Dozens.

Some patients got young blood and others got older blood, and I was able to do some statistics on it, and the results looked really awesome. And I thought, this is the kind of therapy that I’d want to be available to me.

Evidence isn’t on Karmazin’s side. His motivation lies in a series of studies on rodents that involved parabiosis — a 150-year-old surgical technique that involves splicing the veins of two living animals. One of these studies, co-authored in 2014 by Stanford neuroscientist Tony Wyss-Coray, suggested parabiosis could rejuvenate parts of the brain where memories are made and ultimately stored — in mice.

The study led to a 2015 clinical trial that tested the theory on humans with Alzheimer’s. The results have yet to be published.

Karmazin, for his part, has completed the procedure on 30 people, many of whom, he claims, are already seeing benefits. By injecting the old with the blood of the young, Karmazin claims his patients have renewed focus, and improved appearance and muscle tone. Placebo effect notwithstanding, the sample size of 30 is just too small to back up these claims — claims which are subjective in nature anyway.

Wyss-Coray isn’t sold. “There’s just no clinical evidence [that the treatment will be beneficial], and you’re basically abusing people’s trust and the public excitement around this,” Wyss-Coray told Science magazine.

If successful, Ambrosia could change the way we think of aging. By injecting the blood of the young and waiting as plasma works magic that over-the-counter remedies could only dream of, Karmazin believes we could slow — or reverse — the trend of aging.

But you’ll have to pay $8,000 and place a lot of trust in unproven science to find out.

For $8,000, this startup will fill your veins with the blood of young people — but it has no idea if it'll have any benefits on Business Insider

Read next: MIT's 'Moral Machine' wants you to decide who dies in a self-driving car accident