A team of physicists at MIT recently published a mind-blowing research paper detailing their successful efforts to use entanglement and ‘quantum time-reversal’ to create sensors capable of incredibly deep measurements.

That sounds like a lot of science jargon, but the gist is that this could potentially lead to a legitimate ‘dark matter detector,’ and that’s something that could revolutionize humanity’s understanding of literally everything.

Up front: Physics is a moving target. Because we are like fish inside an aquarium, we do not know where the water we swim in came from or what lies beyond the blurry images at the edge of our glass-paneled horizon.

In order to attempt to define our reality, we use the scientific method, human imagination, and a lot of math. But ultimately, any given theory is only as good as its ability to work with complimentary theories.

Albert Einstein, for example, spent a significant amount of time reconciling his theories on gravity with Isaac Newton’s.

In the modern era, physicists continue Einstein’s work by trying to reconcile his views on classical physics with recent discoveries related to quantum mechanics.

But there’s a problem. If we smash all the leading theories together, we end up with an incomplete picture. Either the vast majority of the universe is made up of something we haven’t figured out how to observe or measure, or Einstein was wrong.

That “something” that’s missing has been dubbed “dark matter,” and the theory surrounding it is, arguably, the most accepted theory on the composition of the universe in modern physics.

Background: The goal of the MIT research is to build a more accurate atomic clock and to pave the way for better quantum sensing.

Potential applications include quantum sensors that operate at finite bandwidth, and the principle we demonstrate may also advance areas such as quantum engineering, quantum measurements and the search for new physics using optical-transition atomic clocks.

But pushing the limits of quantum measurement is no simple task. The sensors we’re talking about are designed to measure the tiny vibrations occurring inside of individual atoms.

The more finitely we can measure these vibrations, the more information we can glean about the universe.

A given type of atom vibrates at a particular and constant frequency that, if properly measured, can serve as a very precise pendulum … But at the scale of a single atom, the laws of quantum mechanics take over, and the atom’s oscillation changes like the face of a coin each time it is flipped.

In essence, it’s very difficult to perform quantum measurements because the quantum world doesn’t obey the laws of classical physics.

A bit deeper: Imagine you flip a coin and snap a photo of it while it’s still in the air. In the image, the coin is perfectly horizontal so there is no way for you to determine whether it’s more likely to eventually land on heads or tails.

In the classical world, you could just wait for the coin to hit the floor. In order to measure the results, all you have to do is look down. And, as long as nothing perturbs the coin, you can take all the time you want.

But the quantum world works a bit differently. Imagine you toss the coin in the air and take the same picture, but before your eyes can register the coin’s movement in the air, it resets itself and you’re unable to determine what it landed on.

And, because this is the most ironic field of scientific study, the wacky nature of quantum physics is both the problem and the solution.

Since the coin experiences ‘quantum oscillation’ too quickly for the scientists to accurately observe, they had to come up with a way to buy some time.

Unfortunately, there’s a rule called the “Standard Quantum Limit” that basically says the tools used by physicists to measure quantum vibrations have gotten about as good as they can be for now.

A wacky solution: If you can’t make better measurement tools, use quantum mechanics to increase the signal you’re measuring.

The MIT researchers used quantum entanglement and quantum time-reversal to amplify the signal and allow for more measurements to occur during a given experiment.

Per the press release:

The team used a system of lasers to trap the atoms, then sent in a blue-tinged “entangling” light, which coerced the atoms to oscillate in a correlated state. They let the entangled atoms evolve forward in time, then exposed them to a small magnetic field, which introduced a tiny quantum change, slightly shifting the atoms’ collective oscillations.

Such a shift would be impossible to detect with existing measurement tools. Instead, the team applied time reversal to boost this quantum signal. To do this, they sent in another, red-tinged laser that stimulated the atoms to disentangle, as if they were evolving backward in time.

Basically, that means the researchers tossed two coins up in the air simultaneously and used “quantum entanglement” to force them into a paradigm where anything that happens to one of them also happens to the other.

Then the scientists used a magnetic field to bump the coins so that their spin devolved, essentially reversing time and allowing them to conduct measurements in two temporal directions.

It’s a bit more complicated than that when it comes to actual atoms, but the coin analogy catches the gist.

Neural’s take: This is awesome! The scientists figured out how to perturb atoms so that they vibrate hard enough for us to detect it. Out in the wild, the ability to detect this level of perturbation could allow us to “measure” hidden gravitational fields.

And that means these techniques could legitimately lead to a full-on dark matter detector.

Theoretically speaking, dark matter particles should be ubiquitous throughout the universe. They could be bouncing off of you (or maybe flying through you?) as you’re reading this article.

If scientists can push the limits of quantum sensing to such a degree that they’re able to detect the tiny changes in atomic vibration that occur when a dark matter particle interacts with a regular atom, we might finally confirm Einstein’s theories. 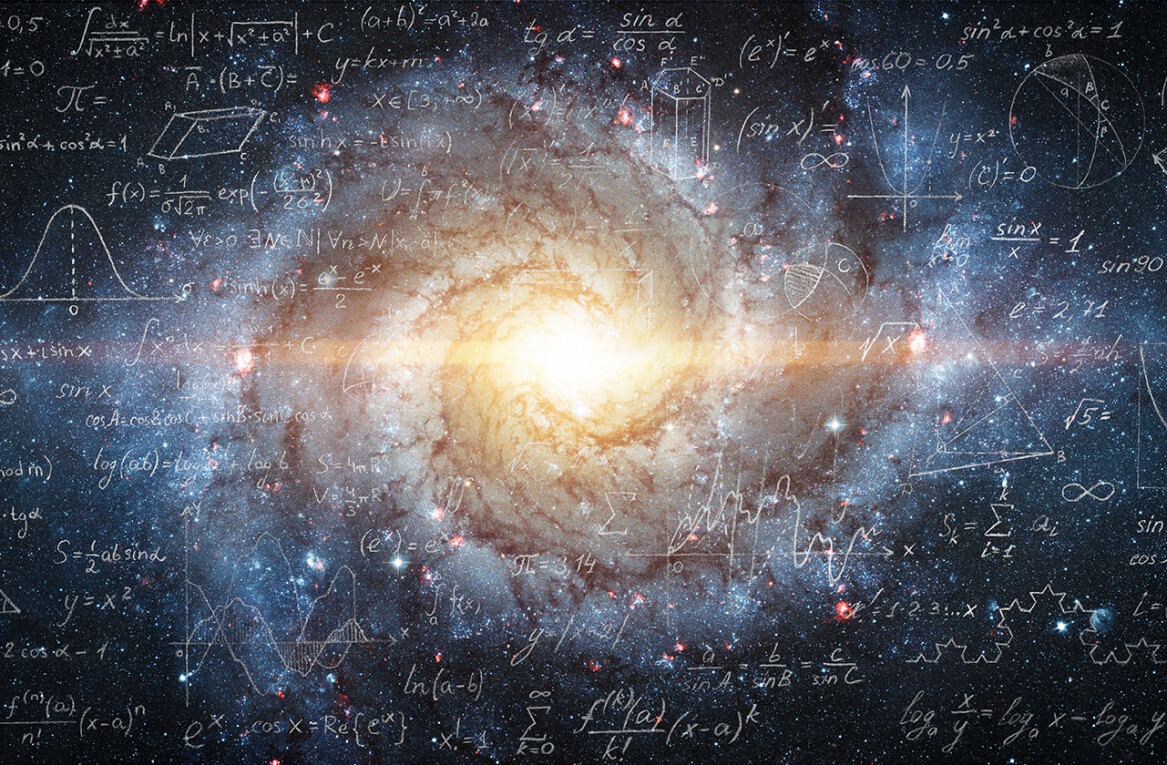