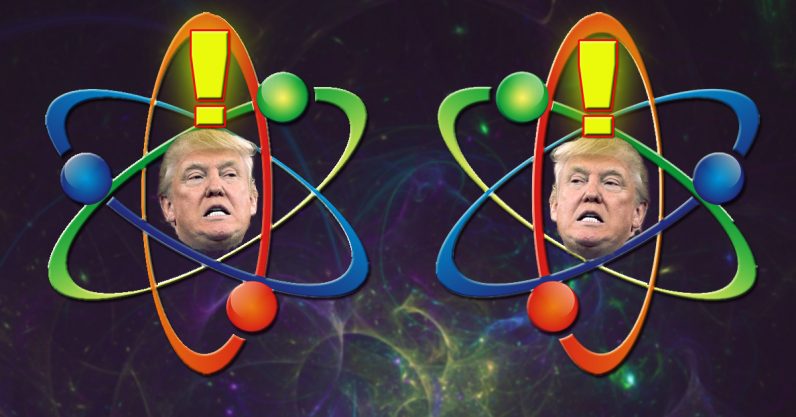 It turns out quantum computing is one of the few things US politicians can agree on. A bipartisan effort over the past few months has led to the formation of an Office of Science and Technology Policy (OSTP) subcommittee focused on quantum technology.

The big idea: Bills introduced in the House and Senate, by both Republicans and Democrats, last month seek to establish government support and funding for quantum computing research. The OSTP subcommittee will oversee these efforts. Government spending on quantum computing research has been budgeted in excess of $1.2 billion, not counting Department of Defense and DARPA projects.

Why should we care: The government didn’t move this quickly to approve budgetary line items last year when a similar bipartisan effort to form an artificial intelligence subcommittee played out, but there’s a clear and present danger to national security when it comes to quantum computing.

Experts believe that quantum computing technology will soon be able to crack classical encryption. The moment this becomes possible, referred to as “Q-day,” every encrypted system on the planet will be vulnerable.

The US government is certainly aware of China‘s ambition to lead the world in quantum technology, as is evident in the nation’s many recent breakthroughs in the field.

The end game: It’s unclear whether $1.2 billion over 10 years, as has been reported, will be enough for the US to keep its lead in quantum computing technology. While US-based companies are clearly out in front, those in China tend to have a more transparent relationship with the government.

If the Trump administration wants to signal that it’s serious about defending the US against technological threats, it should consider filling the dozens of vacant seats in its science and technology offices. At a bare minimum the White House should appoint a chief science advisor, because right now those duties are being handled by Michael Kratsios, a guy whose “science” degree is in political science.

Read next: Twitter suspended over 70M accounts since May. Here's a better solution.