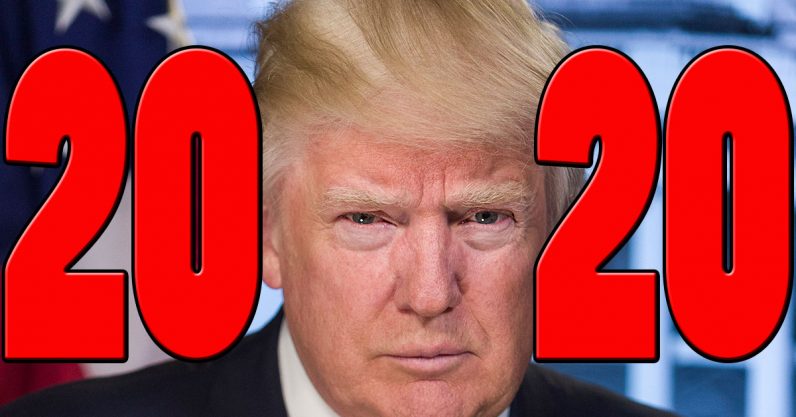 Cambridge Analytica may be gone, but its spirit will live on in the 2020 US presidential election. Former senior staff of the now bankrupt business are reportedly working with the Trump 2020 campaign under the guise of a new company. But don’t tell anyone, because apparently it was supposed to be a secret.

News broke that Brad Parscale, the campaign manager for president Donald Trump’s upcoming reelection bid in 2020, was working with the company earlier this afternoon after several AP News sources reportedly overhead conversations indicating as much.

After the Cambridge Analytica data scandal — which involved the alleged digital gerrymandering of the 2016 presidential election through the exploitation of data obtained without regard to ethical considerations – it’d make sense for president Trump’s team to distance itself from the company’s former employees.

But, for Parscale, doing so would prove difficult. He’s a part-owner of Cloud Commerce, the parent company that owns Data Propria.

If you’re thinking this isn’t on the up-and-up, we’d like to remind you that Cambridge Analytica claims it did nothing wrong. Congress disagrees, but for some reason only seems to hold Facebook accountable for the whole mess.

Furthermore, Parscale and Oczkowski both adamantly deny Data Propria’s involvement in the 2020 campaign.

Parscale, a man who was at least partially responsible for the most technologically advanced campaign in US history, claims he’s not thinking ahead that far. Though, curiously, Cambridge Analytica started collecting data for the 2016 Trump campaign as early as 2014. And, for his part, Oczkowski denies involvement on the 2020 campaign, according to AP News, but says the company is involved in the 2018 midterm elections.

However, AP News sources claim to have overhead numerous conversations between people knowledgeable with the situation indicating otherwise. According to the report:

In one such conversation, which took place in a public place and was overheard by two AP reporters, Oczkowski said he and Trump’s 2020 campaign manager, Brad Parscale, were “doing the president’s work for 2020.”

It’s unfortunate that Trump’s campaign manager has such strong financial ties to Cloud Commerce, but we’ll give him the benefit of the doubt. After all, Parscale is a man who obviously believes in second chances. The president of Cloud Commerce, Andrew Van Noy, for example, was successfully sued for fraud a year before he was placed in charge of the company. And Cambridge Analytica, despite claiming it did nothing wrong, was forced to claim bankruptcy and shut down operations in light of the scandalous nature of its involvement in the 2016 campaign.

It would appear, allegedly, that Trump’s 2020 campaign is off to a fabulous start: he’s surrounding himself with the same kind of people as before – sans one Stephen Bannon, who’s busy working on his next plan for world domination.

We’d better all get ready for Cambridge Analytica 2.0 as the Trump 2020 machine readies for action.

Read next: I welcome the douchebag that replaces Elon Musk in the never-ending tech hype cycle