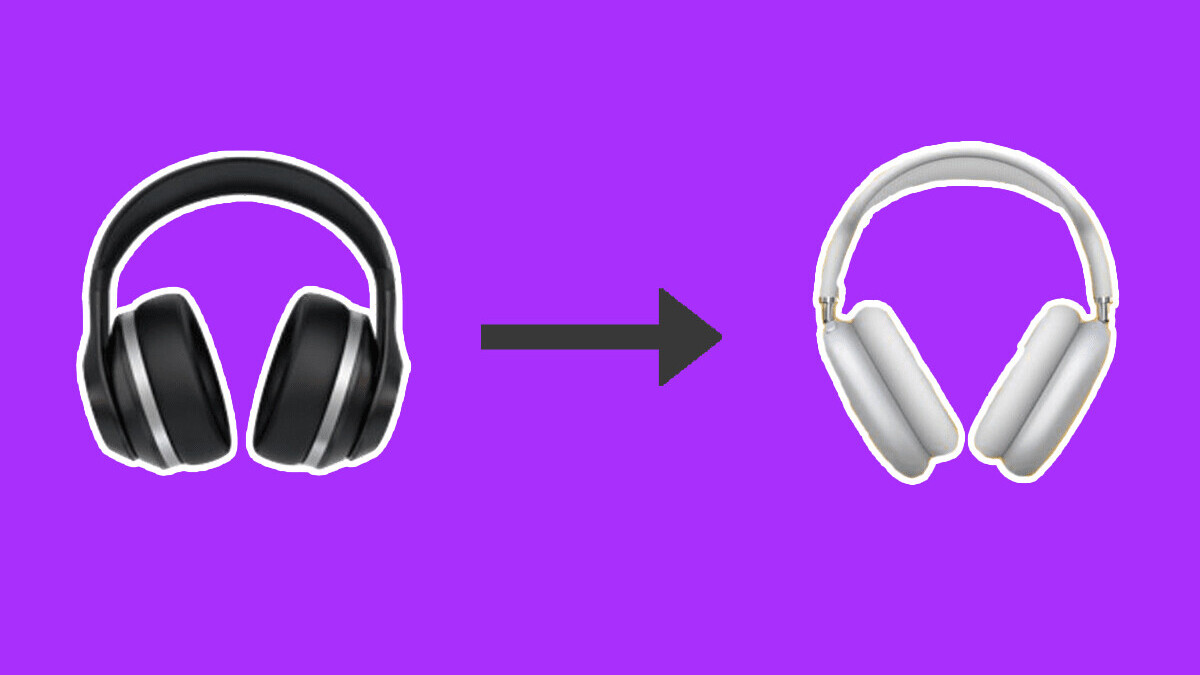 As part of the upcoming launch of iOS 14.5, Apple is overhauling some of its emoji. Woah, don’t give me that “big whoop” nonsense — there’s a lot of meaning to our modern hieroglyphs. Anyway, there was one thing that particularly grabbed me: the new iOS headphone emoji being a pair of AirPods Max.

If you’re unaware, the AirPods Max are Apple’s new over-ear headphones. They caused a bit of a stir when they were first released, but people have calmed down — probably because they realized that, yes, Apple products are expensive.

Enough of that. We’re here today for a quick chat about the changing headphone emoji in iOS 14.5, something noticed by those glorious people over at Emojipedia. I’m sure you’ve already seen this change in the header image, but we may as well share another version of the design:

My first thought was simple… “eww.”

Look, the AirPods Max are cool. I like how they look. But the previous pair of emoji headphones were far more neutral and, therefore, far more useful.

If you’re a horrible little naysayer, I could imagine you’d now tell me how this is common practice for Apple, and it uses its own products for other popular consumer tech emoji too. And, you nasty little toe rag, you’d be right…

…but you’d also be missing the point.

It was only after finding out about the new headphone emoji that I realized the designs above were based on Apple products. Genuinely, I had no idea. And I’m cool with that. These emoji are generic enough that you can use them while referring to any device, while still having that Apple flavor.

This isn’t true of the new AirPods Max emoji’s design.

I understand why Apple’s doing this. Changing the iOS headphone emoji like this is free marketing. Now every time I use it, I’m forced to think of the AirPods Max. On a subconscious level — and over time — I will begin to associate over-ear headphones with the AirPods Max. It’s really quite an insidious piece of marketing.

I also get that Apple’s not the only company that promotes itself this way — but it feels icky all the same.

And you know what will happen having written about my distaste? Nothing. When iOS 14.5 is released to the public, our standard headphone emoji will be the AirPods Max. Truly, a boring dystopia.