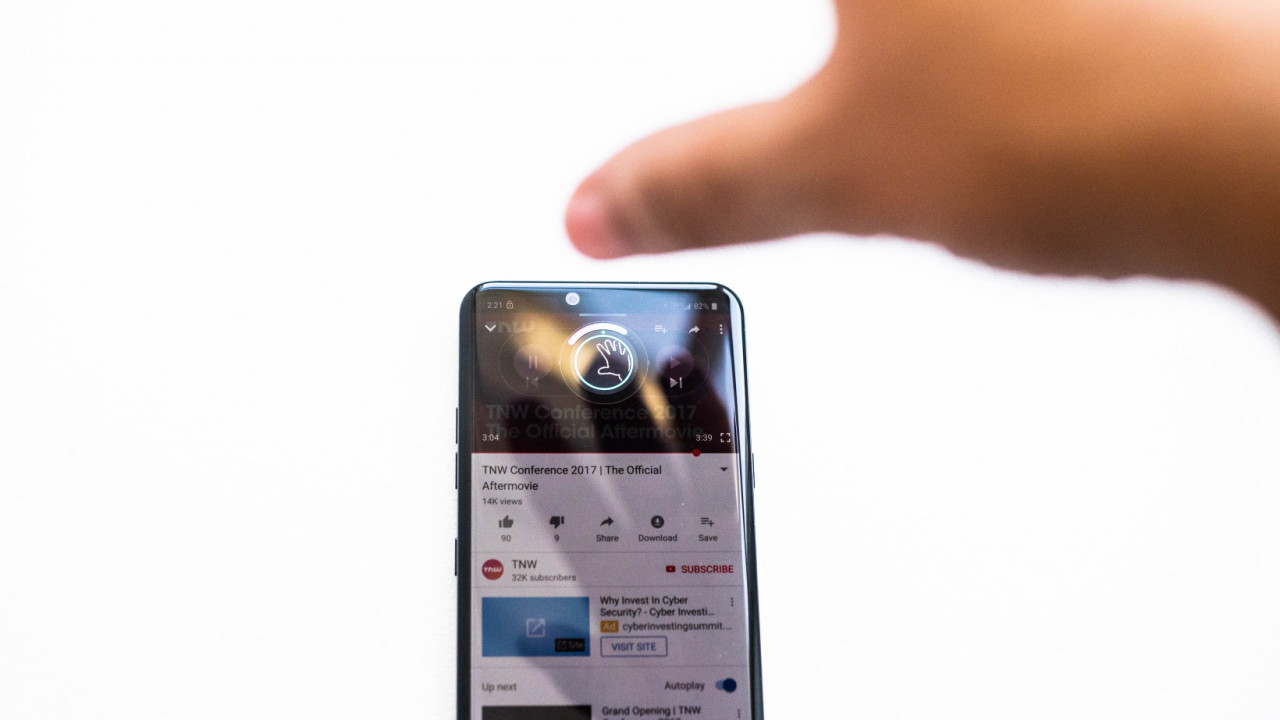 In the race to shrink the bezel, phone makers have tried all manner of biometric security options. Most Android phones simply put the fingerprint reader on the back. Apple and copycats have advanced facial recognition. OnePlus and Samsung have fingerprint readers under the display. But LG’s new G8 adds an altogether different trick up its sleeve: a phone that can read the veins in your palm.

Like the Galaxy S10, the G8 has a ‘time-of-flight’ sensor, it calls a ‘Z-camera,’ words which mean it’s a chip adept at detecting depth. LG realized that by pairing this sensor with infrared light, it could essentially look through your hand and capture an image of your vein patterns.

It’s clever from a security perspective. It’d be a lot harder for a miscreant to spoof security with a picture of your veins than your fingerprint or face. Even if they could, it wouldn’t work; because infrared light is related to heat, the sensor requires actual blood flow to work.

I spent some time trying out the feature with my own palm. It’s not as intuitive as placing your finger on a sensor, as you have to hold your hand a few inches from the screen to get it to work. It took me several tries to get the hang of the sweet spot, but I could see it becoming muscle memory over the course of a few days.

If you don’t fancy the palm reading, the G8 includes 3D facial recognition and also has a rear-fingerprint reader as a backup. So then why use your palms to sign in at all? If it’s simply for signing with the phone on a table why not follow the approach of other manufacturers and stick a fingerprint reader under the OLED panel?

That’s because LG is using the Z-camera for another trick – floating hand gestures. Think of it like Kinect for your phone. You can change the volume by ‘turning’ a virtual knob in front of your phone, skip a track with a wave, or reject a call with a flick of the wrist.

This is most definitely a gimmick, but it’s also one of the coolest features I’ve seen in a smartphone in recent memory.

Like the palm reading, it took me several tries to get the hang of it. It’s made more complicated by the fact the gestures require your hand to be further away than the palm reading, which led to many wasted minutes feeling dumb and convinced the feature didn’t work.

Then an LG rep told me to move my hand further away, and I was able to get the gestures working consistently.

The use cases are somewhat limited, considering it’s generally faster to simply tap your screen, but the gestures could come in handy if your hands are wet or your phone is on a table. It’s not a must-have feature, but it’s a handy party trick, no pun intended (I lie).

Oh yeah, the specs. There’s a Snapdragon 855, 6GB of RAM, 128GB of storage, and a 3,500 mAh battery under the 6.1-inch OLED (which, yes, has a notch). So you know, standard stuff for a 2019 flagship. Actually, a bit less than standard, since the G8 only has two rear cameras. And why LG doesn’t stick a larger battery in its phones I’ll never understand. But hey, at least it still has LG‘s unbeatable Quad-DAC headphone output.

Is the G8 going to put a serious dent on Apple, Samsung, or Huawei’s market dominance? No, probably not. The specs aren’t outstanding, and the design is a small iteration on its predecessor (basically identical, but with a flush camera). I’m also not sure how many people will buy into the palm reading and gestures, given the requisite learning curve.

LG is also making things more confusing by announcing the V50 at the same time as the G8 – yes, less than 5 months after the V40. The V50 does have any fancy hand-waving features, but comes with three rear cameras, and is LG‘s first 5G phone. It also supports an optional second screen that is LG‘s way of jumping on the foldable phone bandwagon without really going all in (and we do know the company can make some wild bendable displays

Still, I’ve got to at least give LG kudos for consistently trying new things. I’ll have to spend more time with the device to see how I feel about the gestures – as well as performance and battery life – but at least the company has uniqueness going for it. LG hasn’t announced availability or pricing yet, but stay tuned to TNW for more.

An earlier version of this post said the G8 did not have facial recognition as a form of biometric security. This has been fixed. We regret the error.