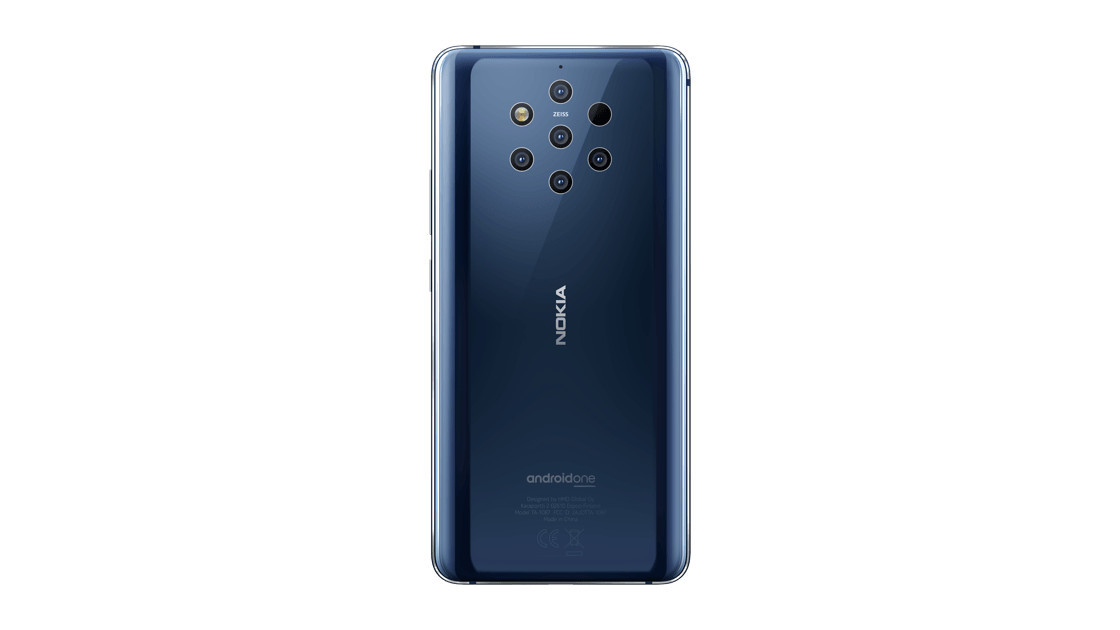 In the past six months, we’ve seen plenty of phones with three cameras, and a bunch with four cameras too. Now, Nokia has upped the ante with the launch of the world’s first phone with five rear cameras – the Nokia 9 Pureview.

But intriguingly, instead of offering a range of options for shooting pictures, the phone’s single focus is to provide top-notch image quality. So, there’s no optical zoom and no wide-angle or ultra wide-angle lenses. And maybe that’s a good thing.

Here’s what the device’s rear camera assembly contains: two 12-megapixel RGB color sensors, three 12-megapixel monochrome sensors, a Time-of-Flight sensor to measure the distance of an object from the lens, and a dual-tone LED flash. Notably, all the camera sensors are made by Zeiss and have an aperture of f/1.85.

Nokia has partnered with Light – the company that made the famous 16-lens camera you first saw in 2015  – which will provide a special chipset called the Lux capacitor to make five cameras work in tandem. The Finnish phone brand had to opt for this chip because the PureView’s main processor – the Qualcomm Snapdragon 845 – can only support two cameras working simultaneously.

Now, to capture high-quality images, the device uses a technique called image stacking, which combines details from multiple frames to produce a picture. Each lens of the Nokia 9 captures one to four frames, and the whole setup captures between 60MB and 240MB of data per photograph. After that, the post-processing software picks the best details from each frame and combines them into a 12-megapixel photo.

You can also choose to save the uncompressed photo in RAW DNG format with a size of around 30MB per image, and edit it later using powerful apps like Adobe’s Lightroom CC.

The company claims that the device captures 10 times more light than a single 12-megapixel smartphone color sensor. It also said that the phone’s cameras capture 1,200 layers in a portrait photo; that’s impressive, given the Google’s Pixel 3 captures only two layers and produces great results.

The portrait photos are also compatible with Google’s GDepth depth map format, so you can adjust the depth of field with the Google Photos app anytime, even months after you’ve taken the shot.

The first impression of the devices from the reviewers across the internet suggests that the phone takes snaps with great details, and its depth-sensing capability is pretty cool. However, Nokia needs to fix slow-processing of photos.

Initial impressions of the Nokia 9 from reviewers suggest that the phone is great at capturing details, and its depth-sensing capability is pretty powerful too. However, processing photos takes a while, and that might turn off some folks.

Adam Ismail from Tom’s Guide feels that while the Nokia 9’s five cameras all seem similar on paper, each of them bring something different to the table. Ismail observed that background blur in its pictures was smoothly graded, as compared to the extremely shallow and sometimes unnatural depth-of-field provided by other phones.

At Digital Trends, Julian Chokkattu thinks that the Nokia 9’s depth map – which is used to capture detailed portrait photos with background blur – is the device’s coolest feature. However, the lack of Optical Image Stabilization (OIS) might be a downer for people with shaky hands.

Clearly, Nokia’s not messing around with shenanigans like optical zoom and ultrawide angles, and just wants to provide top quality images instead. We’ll have to see how it holds up against the competition once its production model hits the market.