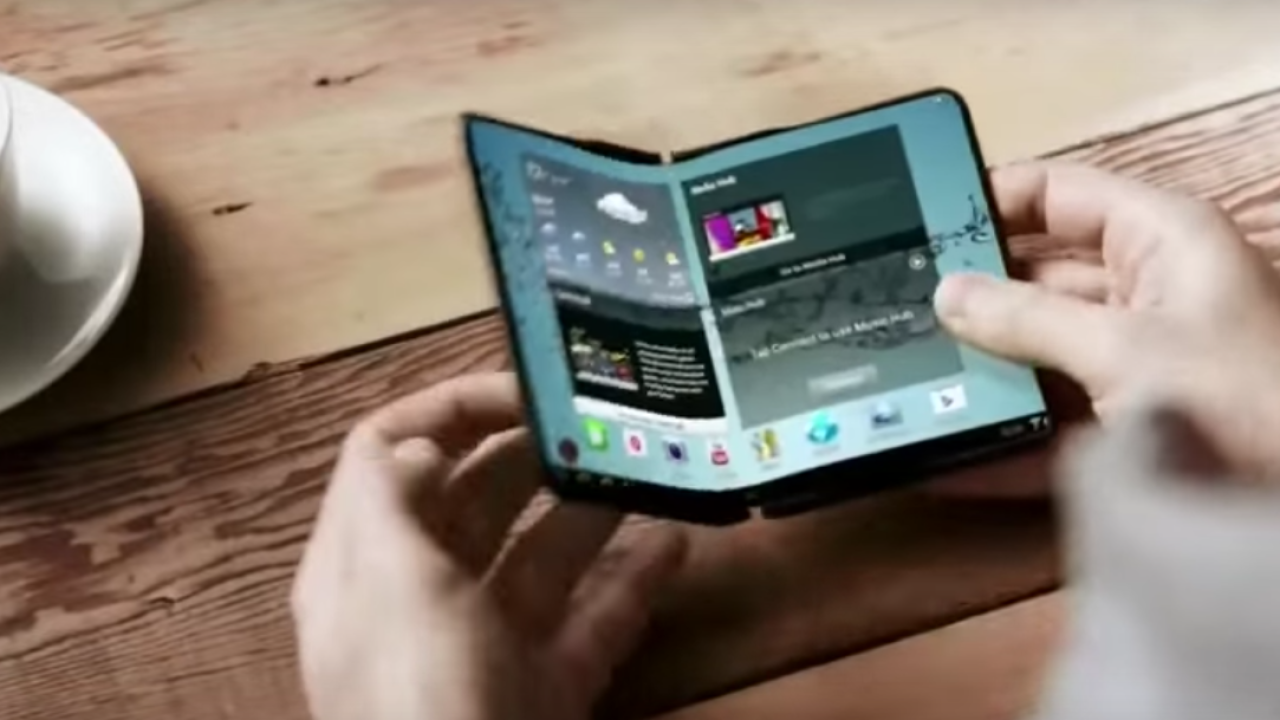 Does the header image for this article look familiar? The pixelated mess, which depicts a foldable smartphone – and has been used by us and virtually every other tech outlet on the planet at one point or another – is actually a screengrab from a concept video Samsung showed off at CES 2013. In case you haven’t seen the clip, here it is:

It’s been five years, and we still haven’t seen anything like it from the Korean hardware giant – even though it’s filed numerous patents that would hint at a mobile device with a foldable screen. Heck, ZTE actually managed to pull it off last year – albeit with a little less ‘wow’ than what we saw in the video.

We've just revealed our newest #smartphone with the most innovative #tech. #AxonM, the must-have device of the year, is officially here. pic.twitter.com/iUzQrTuOM6

In all that time, we’ve heard rumors from various quarters about how Samsung was working on this crazy concept. And because there isn’t much imagery in the public domain that helps describe a foldable screen, every tech blog and their side project have used the image above to its ruin.

Now, it seems like Samsung might have a solution: speaking to CNBC, its CEO DJ Koh said, “it’s time to deliver” on a foldable device, since its research showed that people are indeed interested in such a product. He added that the company plans to unveil the device at its Developer Conference in November in San Francisco.

Android Authority recounted earlier this year that the wundergadget would come with dual Super AMOLED screens to make up a Full HD display, as well as a Samsung’s own Exynos 5250 processor that was introduced in 2011, a whopping 2GB RAM, an insanely high-powered 8-megapixel rear camera, and a 2-megapixel snapper in front.

Naturally, a Samsung device meant to showcase its design and engineering capabilities in 2018 will likely feature more powerful hardware, but Koh hasn’t shared many more details about its internals. He did mention that while you’ll be able to do most things with the phone folded, there will be novel functions made possible only by opening it up.

While I’m keen to see what Samsung comes up with, I’m personally more excited about the imminent availability of a new image to use for our stories about foldable phones. If you’ve been following our editorial team’s recent forays into creating beautiful, compelling imagery to accompany our stories, you’ll know that 240p screengrabs just don’t cut it with us anymore.