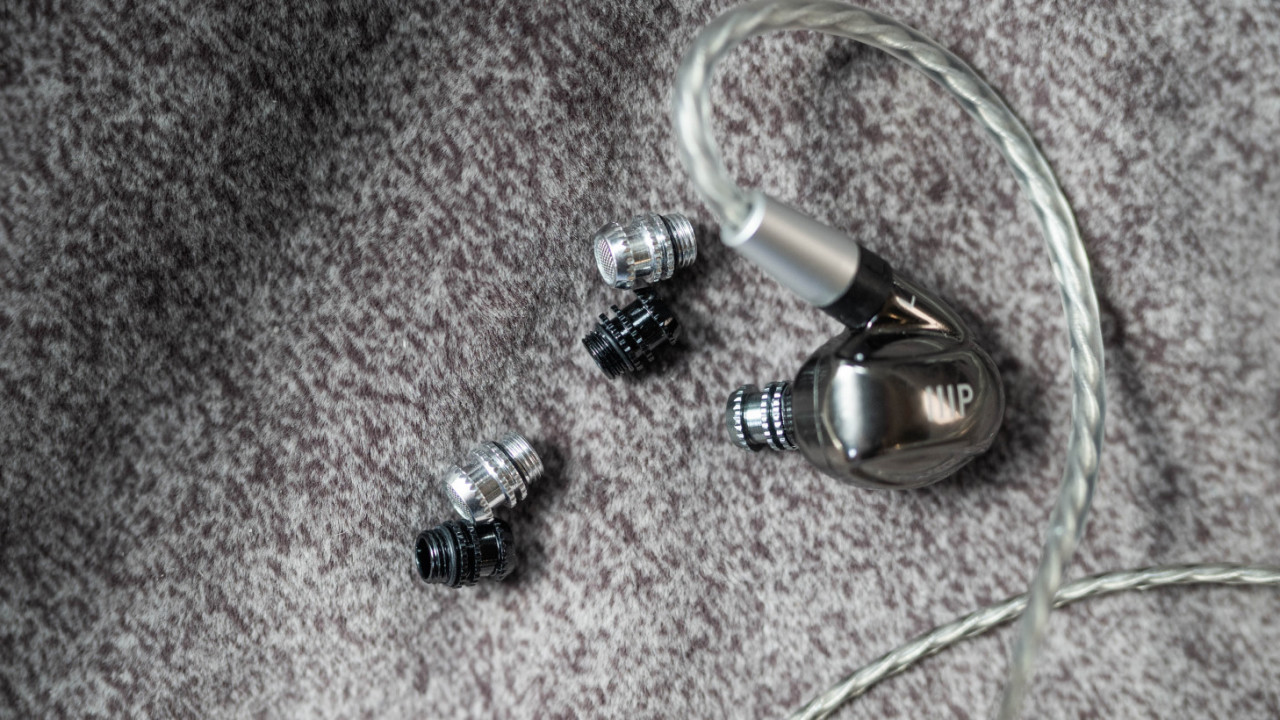 There’s never been a better time to buy a pair of earbuds. It’s also never been more confusing.

In the past few years, there has been an explosion of choice among in-ear-monitors (IEMs). It used to be that the only decent options came were expensive models from a handful of reputable audio companies, but nowadays you’ll find dozens of bang-for-your-buck options from a myriad of young brands. Spend some time in audiophile forum Head-Fi, and you’ll find an overwhelming number of hidden gems, largely imported models from Asia (‘Chi-Fi’ is a common term for cheap-but-good models from China).

I’m just here to tell about one such hidden gem, though this one from an American company: Monoprice’s MP80.

Monoprice has long been known for its value-oriented accessories, but it’s been ramping up its audio offerings the past couple of years. The MP80 is an $80 pair of IEMs that incorporates two drivers per bud to punch well above its price class.

It also has a neat trick up its sleeve: you can tune the sound to emphasize the bass, treble, or accuracy using an included set of tuning nozzles. It’s not the first time I’ve seen this trick, but I still welcome it. It’s like having three headphones in one.

First thing’s first: this is a wired headphone. Yeah, some of us still use a headphone jack (even if our phones don’t have one). Fact of the matter is you can get a much better value when your money isn’t going towards Bluetooth components, though these can be converted into Bluetooth headphones if you’d like (more about that in a sec).

That out of the way, the MP80’s design belies its price. The headphones come packaged with a hefty carrying case, a solid set of eartips and the aforementioned tuning nozzles. The headphones themselves, meanwhile, seem to be built better than some products costing hundreds more. The buds use a classy, lightweight aluminum housing – apparently the same as the Chi-Fi Magaosi K3, but with different nozzles and drivers.

The transparent cable feels high quality and doesn’t tangle easily. There’s no microphone on board, but it uses a detachable MMCX connector so you don’t have to worry about your dog’s chewing habit. This also means you can replace it with a USB-C or Lightning cable, and even convert it into a Bluetooth headset if you want.

Before we get to the sound quality impressions, here’s how Monoprice describes the impact of the trio of tuning nozzles:

I found this description mostly spot-on. I suspect most people will end up choosing between the gunmetal and silver, as the black nozzle is really light on the bass. The silver nozzles have a more energetic, pop-friendly sound at the expense of some refinement and cohesiveness. The gunmetal nozzle is the default, and it’s the one I am basing my listening impressions on.

The MP80 use a hybrid driver setup, with a balanced armature unit taking care of the mids and highs and a dynamic driver handling the low end. I’m always wary of multi-driver setups on budget IEMs, as I’d rather have one well-tuned driver than a myriad of poorly implemented ones. Thankfully, MP80 doesn’t fall into this trap.

Using the gunmetal nozzles, the MP80 have an almost-neutral-but-pleasantly-warm sound signature. You still get plenty of rumble on tracks like Childish Gambino’s This is America and sparkling treble on Sara K’s If I Could Sing Your Blues, but the sound rarely becomes fatiguing. The aluminum housing does a good job of eliminating resonances and establishing good timbre, though there’s a touch of midbass boominess.

As always, IEM’s can’t match the sense of space you get from larger headphones, but the MP80 prove surprisingly expansive, with a soundstage that has a good sense of depth and instrument separation on busy tracks. Listening to Gustavo Dudamel’s conducting Mambo from West Side Story presented a clear space between the various orchestra sections.

Point is, despite the warm sound signature and low price, there’s plenty of detail to go around. The balanced armature driver helped the MP80 present the music with more authority and detail than my beloved Vsonic GR07 (circa $130) and the overall sound even felt more cohesive to me than the $400 Optoma HEM8, if a bit less textured. That’s not to say it’s necessarily better than these headphones, but it’s at least shooting in the same ballpark. On the other hand, more popular Bluetooth products like Apple’s AirPods, BeatsX, or Google’s Pixel Buds are not even in the same category, soundwise.

Just about my only real caveat with the MP80 is that I wished they blocked more outside noise. They’re about average on that front for in-ears – which is to say better than most over-ear headphones – I just expected more given the metal housings.

I can’t tell you that the Monoprice MP80 will be the best $80 you spend on a pair of earbuds. There are just too many options, and as always sound quality is still largely a matter of taste.

But I can tell you the Monoprice MP80 are a really good deal; I suspect you’d have to spend upwards of $200 to get something that’s an obvious upgrade, and even then you’ll probably have some trouble. Even if the default sound signature isn’t for you MP80’s tuning filters increase the chance that you’ll be able to find a sound you like without having to buy another set of headphones. Lastly, it’s also worth noting that unlike many imported headphones from international manufacturers, you still get a US warranty with the MP80s.

At $80, the MP80 is a steal. If you’re still on team headphone jack, it’s well worth your consideration.