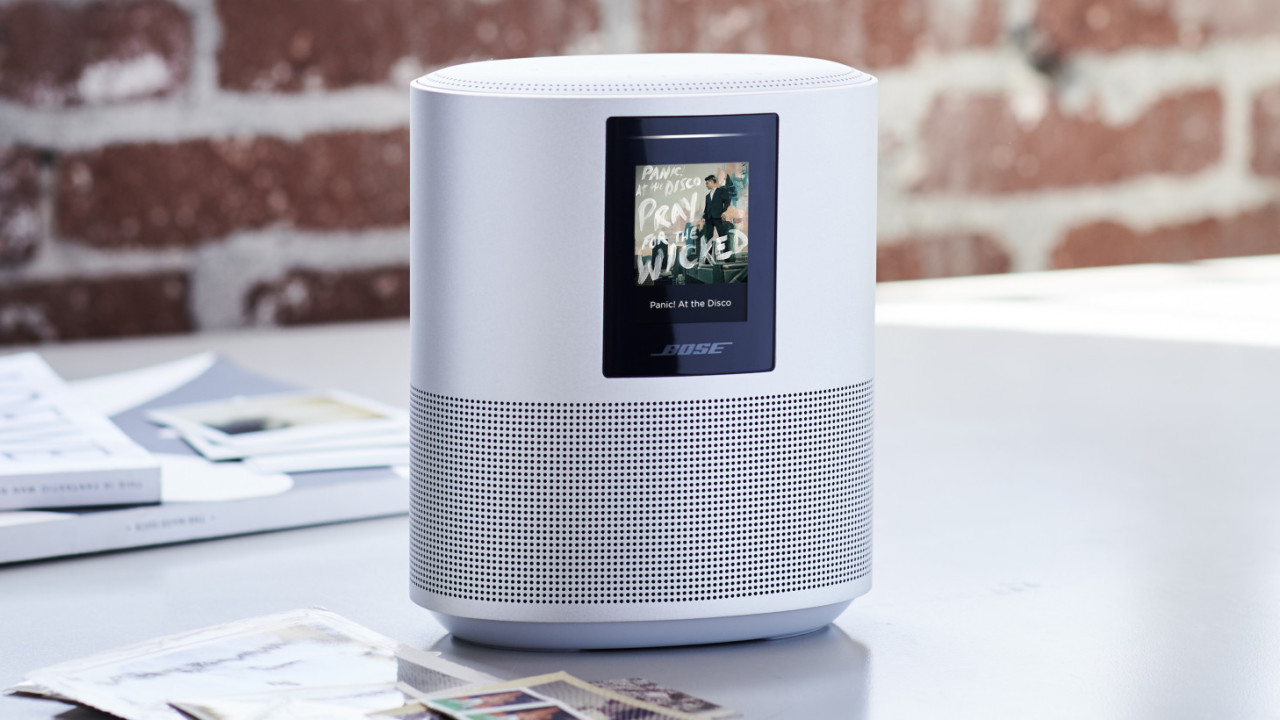 Better late than never, they say: Premium audio equipment brand Bose is finally making smart speakers, and it’s got a bunch of pricey Alexa-powered options for you to choose from in October.

Up first is the Home Speaker 500, a $400 8-inch tall contraption that’s meant specifically for music. It has several buttons on the top panel (including six numbered ones for switching between your favorite preset playlists), and a screen to display album art.

Bose says it has “the widest soundstage of any smart speaker available today,” and that it “uses two custom drivers pointed in opposite directions — so sound reflects off surrounding walls, separating instruments to the far left and right, and placing vocals where the artist did.”

There’s also the Soundbar 500 and the Soundbar 700 which are meant to be paired with your TV for music and home theater audio.

They both boast incredible sound, with imaginatively named proprietary features like PhaseGuides, QuietPort, and ADAPTiQ. The pricier Soundbar 700, which costs $800, features a tempered glass top, and comes with a universal remote to control your other entertainment gadgets.

These two have stiff competition in the form of Sonos’ Beam Soundbar and JBL’s upcoming Link Bar, which supports Android TV; both are priced at $400. It’ll be fairer to pit them against the cheaper Soundbar 500, which will set you back by $550. Bose notes that it’ll soon add support for other assistants soon, as well as Apple’s AirPlay 2 by early next year.

While smart speakers are a dime a dozen these days, there aren’t many options at higher price points – so it’ll be interesting to see if Bose can win over audiophiles with its new range. Find the speakers at Bose’s stores and authorized dealers, as well as the company’s site, starting in October.