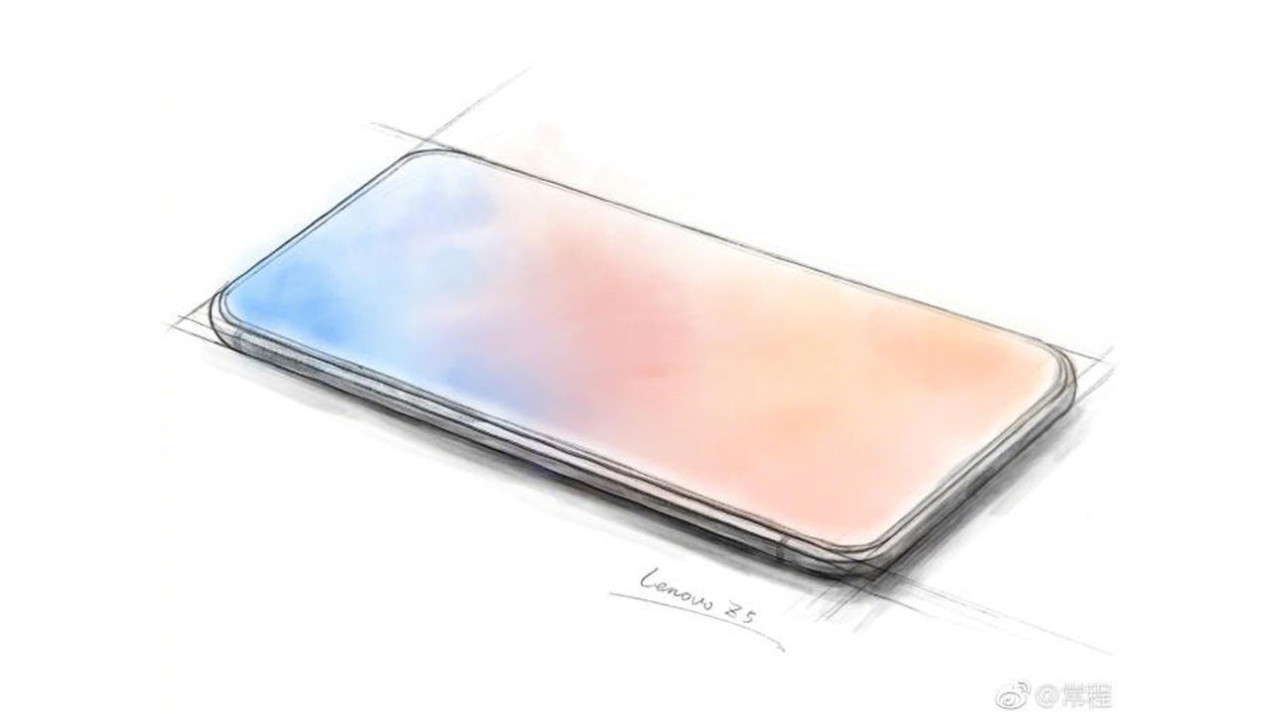 While most Android phone makers are going the way of the notch lately, I’m happy to report that Lenovo’s bravely trying a different approach with its next flagship.

Over the weekend, the company’s VP Chang Cheng took to Weibo to share a sketch of the upcoming Lenovo Z5 (above) – and it’s all screen in the front. Well, 95 percent screen, anyway.

The post follows a render that partially shows a notchless phone. CNet notes that Cheng claimed the Z5 will benefit from “four technological breakthroughs” and “18 patented technologies,” which seem necessary, given that an all-screen front will require Lenovo to hide components like the selfie camera, speaker, and sensors.

Can it be done? Back in February, Vivo showed off its Apex concept phone which not only hid a fingerprint sensor beneath the display, but also packed a pop-up camera into the top portion of the device so as to avoid having to carve a notch into the screen.

Android P will officially support devices with notches when it arrives, so you likely won’t find it disrupting the day-to-day experience with your device – but it’s annoying to see phone makers follow Apple’s lead blindly, instead of innovating in design on their own.

In any case, I’m stoked for the Z5 – but I do hope that it’s smaller than the 5.9-inch size that’s slowly becoming the norm for narrow-bezel devices. A 5-inch or 4.7-inch handset, with dimensions similar to the iPhone SE’s, is more like it – feel free to make it a few millimeters thicker if that’s what it takes.