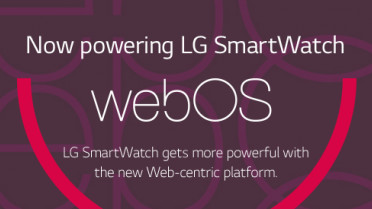 LG is out of the blocks with two Android Wear smartwatches, the G Watch and G Watch R, but it seems the company is also preparing a wristworn wearable running its own webOS platform.

The operating system has had a difficult life. It was originally developed by Palm, before the company was acquired by HP; the latter’s own troubles meant the technology was later open-sourced and eventually sold off to LG. Its new owner wants to implement webOS in smart TVs, but it appears the platform is also capable of being repurposed for smartwatches.

A developer site (which has since been pulled) confirmed the existence of a webOS SmartWatch. It was just a holding page, but the carousel revealed that an SDK for app development is on the way. “LG SmartWatch gets more powerful with the new Web-centric platform,” one of the slides added.

Android Wear has had a difficult start, so it’s hardly surprising that LG wants a platform of its own in reserve. All competition is good for the consumer, but the company might find it tough to attract developers; the proliferation of platforms only reduces the likelihood that a company will dedicate resources.

➤ webOS SmartWatch (via The Verge)