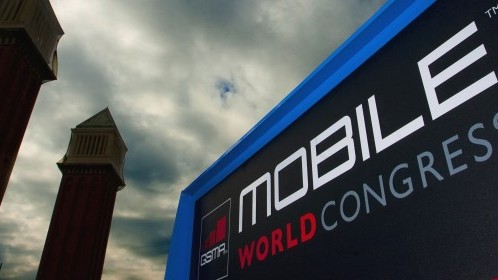 Tomorrow, we’re getting on a plane and flying to Barcelona for Mobile World Congress 2014 – where all the biggest movers and shakers in the smartphone world will be showing off their latest devices, gadgets and services.

But with so much to cover in just a few short days, it’s good to know what to keep an eye out for, so here’s our cut-out-and-keep list of things to pay attention to. Obviously, there’s no need to actually cut it out and keep it.

As one of the biggest names in smartphones and tablets, we’re expecting something significant from Samsung this year. We already know that it’s holding a Samsung Unpacked event on February 24 where it’s expected unveil its next flagship smartphone: the Galaxy S5.

Alongside the S5, there have also been rumours of an S5 Zoom and and S5 Mini, which makes sense given Samsung’s current naming conventions with its S4 range. The South Korean handset maker tends not to leave a huge gap between announcing devices and releasing them, so we’d hope to see at least the flagship S5 in shops before the end of March.

It wouldn’t be a total surprise to see Samsung return the world of Windows Phone handsets either, given that the platform is now gaining some momentum with buyers in Europe. There have been rumors of an as-yet unnamed device with a 5-inch display that could be set for reveal at the show, but we’ll have to wait and see what pans out on the Windows Phone front.

If Samsung is committed to wearables too, we’d expect to see a significantly upgraded Galaxy Gear smartwatch launched at the event – what better place than the biggest mobile show in town.

With Microsoft agreeing to purchase Nokia in the second half of 2013, we’re not too sure what to expect from Nokia at Mobile World Congress this year. Nonetheless, that hasn’t stopped the mill churning and high at the top of Nokia’s list of priorities for the show is the rumored Nokia X, according to well-known tipster @evleaks.

More than that though, the device is said to run Android rather than Windows Phone – a somewhat bizarre case of events, if true.

Last year, Nokia used the event to launch a number of lower-end handsets in the Asha series aimed at developing markets, so it wouldn’t be too much of a leap of the imagination to think that these devices could be set for a refresh too. Again, like Samsung, Nokia tends to make handset available pretty soon after announcing them, so anything that is announced we’d expect to see go on sale sooner rather than later.

We were half-expecting LG to unveil the successor to the LG G Pro at MWC this year, but LG sort of ruined that thought when it went ahead and announced the device last week.

Nonetheless, it’ll be the first chance we’ll get to go hands-on with the 6-inch device and see if it can live up to expectations.

Similarly, it’ll be our first chance for an in-the-flesh look at LG’s new mid-range L series devices, all of which pack Android KitKat.

Out of the NSA snooping revelations comes the Blackphone – a smartphone with a focus on providing additional security and protection against people that want to access your data. While a few devices or services might claim to offer increased security, this one might actually deliver – behind the project is Phil Zimmerman, creator of PGP (Pretty Good Privacy) email software.

The device is being made in conjunction with Spanish smartphone maker Geeksphone. While little is known about the Blackphone, we do know it runs a forked version of Android called PrivatOS.

MWC will be the first outing for the device, and it’ll also be the first point at which you can pre-order it. When will it arrive? We’ll find out in the coming days.

Since emerging from its agreement with Ericsson, Sony has been a whole lot more focused on being a serious contender in the smartphone world, and devices like the Xperia Z1 and Xperia Z1 Tablet released last year show that it might have a shot if it can continue to differentiate itself from the wealth of Android device makers.

Leading up to the event, we’ve heard rumors about potential successors to these devices being launched at the show and current information suggests that the Xperia ‘Z2’ (codenamed ‘Sirius’ until now, apparently).

If you like living in rumorville and just can’t wait until a potential announcement in just a few days time, there’s a video below from a YouTube user purporting to show off the smartphone.

There’s no voice over, but it does seem to show that features like 4K video recording alongside a number of other software changes. Interestingly, according to the leak, the device might even come with its own customizable answering machine built in – if true, owners would never need to call chargeable voicemail retrieval lines again.

Huawei is said to be launching a raft of new devices at the show – including its first smartwatch/fitness band-like device, a tablet or two and an Ascend G6, according to @evleaks once again.

Whether or not we’ll see all of these devices revealed next week remains to be seen, but we’d be surprised if we didn’t see at least a couple of new handsets and a tablet – Huawei is serious about its smartphone aspirations.

“Hey, where’s BlackBerry, HTC and every other handset maker you missed out?”

There are a few notable omissions from this list. One of those is HTC, which is widely expected to be launching a successor to its range-topping HTC One. However, it looks like this isn’t going to happen until March 25.

Similarly, with BlackBerry looking to be changing tack for its future business, we’re not expecting any big handset announcements from the Canadian company at MWC this year.

We’re not expecting anything significant from Motorola this show either really. With Lenovo agreeing to buy the company in January this year, it’ll be good to hear where the company is headed and what the general plan is, but I won’t pretend not to be disappointed at the thought of no new Motorola devices being announced.

Maybe we’ll be able to console ourselves with a look at Canonical’s first Ubuntu smartphones, which were announced just a little earlier this week and are coming from Spanish device maker BQ and Chinese manufacturer Meizu.

Sticking with the open source theme, we’re expecting to get updates on Firefox OS at the show too, but it would be a surprise to see any particularly notable new devices launched.

We also know the Russian manufacturer Yota Devices will be at the show, so we’ll be catching up with the company behind the dual-screen, EPD-equipped Yotaphone to see what it has been working on.

And of course, there has been no mention of Apple either. But then Apple never has a formal presence at MWC or CES, so there’s no surprises there.

The rest of the show will be filled with a whole lot more companies focused on wearable tech, the potential of ‘Internet of Things’, augmented reality and NFC, and a whole lot more, so come back on Sunday to catch up with our first day of coverage.