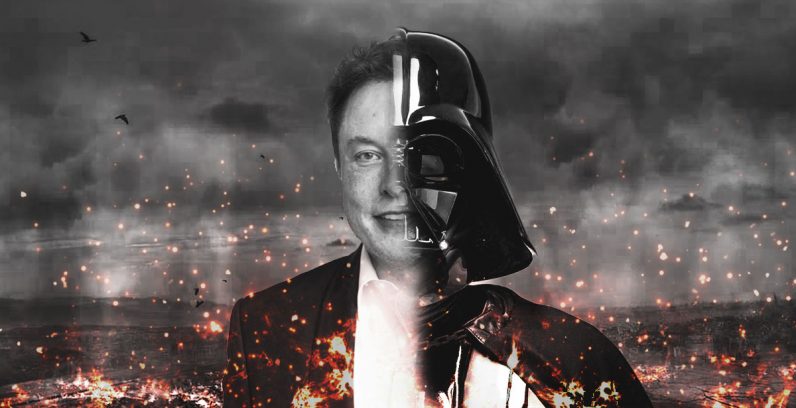 Elon Musk, the PT Barnum of tech, just became the living, breathing embodiment of a shitpost when he and White House Advisor Ivanka Trump had a playful exchange on Twitter where they apparently bonded over a shared appreciation for white supremacy, Men’s Rights Advocates (MRAs), and the far-right extremist movement.

I call him a living shitpost because, like the anonymous cowards he’s paying homage to when he tweets about being “red-pilled,” he’s playing a game. “Red-pilling” or “taking a red pill” is a reference to the movie The Matrix. The film’s protagonist, Neo, is offered the choice between taking a wild adventure where the terrible truth about humanity will become clear to him or remaining in his boring, normal life.

Neo’s choice is represented by two pills: a red one that takes him on the adventure and a blue one that sends him back to what he perceives as reality. Far right extremist groups have adopted this plot device as a method for moving the radicalization of its members forward. It represents the moment an extremist shows their faith for the first time. It’s the extremist’s version of coming out of the closet, in other words.

This isn’t just because extremists are nerds, and they certainly aren’t just fans of the Wachowski sisters’ work. It’s because the far-right movement is based on maintaining a certain level of cowardice. This is a matter of self-preservation through plausible deniability. That’s the idea behind “shitposting.” There’s always the hint of a joke or some other built-in defense that keeps the person espousing repugnant ideas from having to actually stand up for what they believe.

The people posting them – or existing as them, if you’re Elon Musk or Jack Posobiec – do so from a perch of disavowal. The ultimate goal is to “own the normies.” Because, for some stupid reason, they think we don’t understand their rudimentary communication nuances. They believe they’ve been so successful at recruitment because of a mastery of clever subterfuge.

But mostly they just appeal to at-risk teens and white men with incredibly low self-esteem using humor designed to make them feel superior to all the “cucks” who can’t see beyond what they view as a spooky veil of ignorance.

But, as usual, it’s all just a shitpost. Musk’s just being Musk right? Even when he’s manipulating the markets in his favor, accusing blue collar workers of being pedophiles, or an immigrant living in the US who refuses to obey the rule of law, it’s not serious right? He’s just living life as a shitpost.

Shitposting, memes, and other forms of not-so-subtle-or-clever forms of extremist communication are designed to elicit a response. When experts in extremist communications began noticing the trend of people associated with the white supremacist movement adopting the “okay sign,”  for example, it played perfectly into the hands of the white supremacists using it. Because the majority of people using the “okay” sign do so in good faith, it’s easy for extremists to adopt it in public with plausible deniability. It serves the purpose of giving support to those who are still in the extremist closet while simultaneously “triggering the libs,” which is just short-hand for getting the attention such actions are meant to. 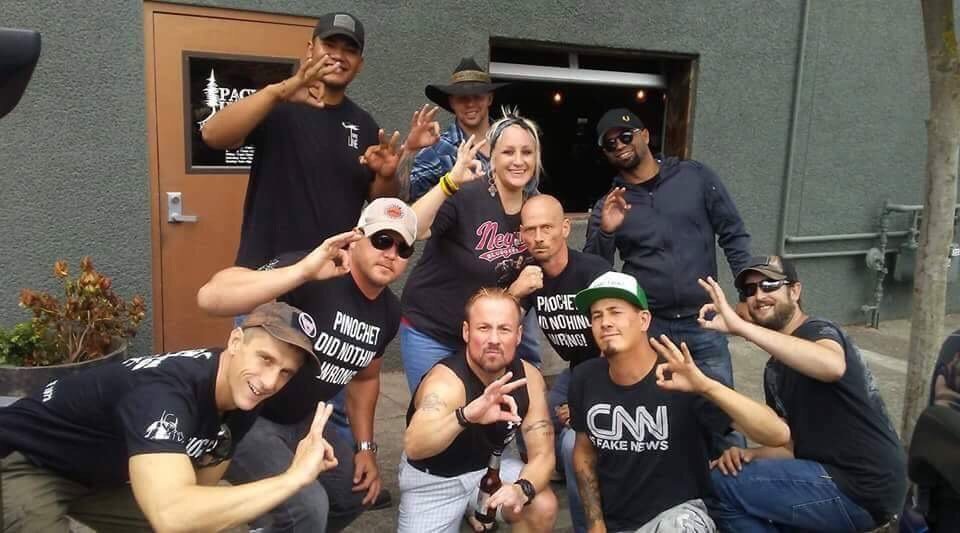 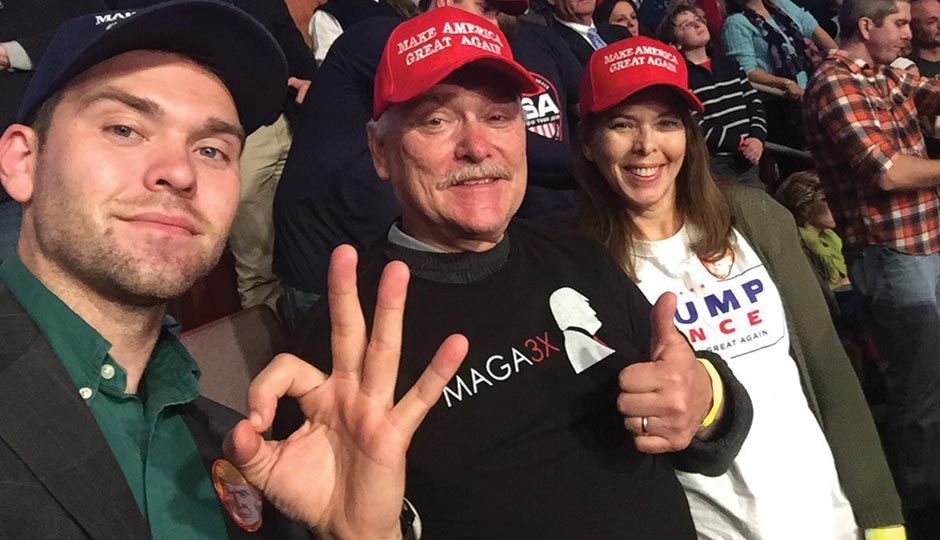 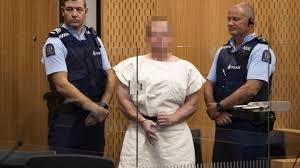 I believe it’s the same with Elon’s recent tweets on Marxism, Napoleon, and being red-pilled. He’s signaling his pivot to the alt-right in as clear a language as anyone can without being explicitly labeled a racist by the mainstream media.

But here’s the huge caveat: maybe Elon Musk and Ivanka Trump aren’t dog-whistling to extremists. Maybe they were honestly having a completely innocent Twitter exchange concerning an innocuous plot point from a beloved science fiction movie. Let’s examine that for a moment, shall we?

Warning: the following clip has copious amounts of profanity.

There’s a moment in the movie “Casino” where Robert DeNiro’s character is forced to fire an employee at the titular establishment for letting a slot machine pay out too many jackpots. DeNiro’s character concludes that the employee was either stupid – meaning they didn’t see that someone was ripping the casino off – or they were in on it – meaning they were the one ripping the casino off.

The same logic applies here with both Elon Musk and Ivanka Trump. Either we have to believe that they’re completely ignorant to the significance of a billionaire tech mogul propping up extremist views on Twitter alongside the president’s daughter, a person whose role at the White House is hilariously described as one where she focuses on “the education and economic empowerment of women and their families,” or we accept that both of them knew what they were doing.

I think we should assume the billionaire tech mogul who owns a company that’s building a brain-computer-interface is very familiar with internet culture. And lets also assume that Ivanka Trump, from her privileged position in the White House, knows about all the dozens and dozens of times her father and brothers have retweeted white supremacists and alt-right provocateurs.

If we take for granted that Elon Musk and Ivanka Trump both know that “taking the red-pill” is a euphemism for accepting one or more far-right conspiracy theories, then it’s absolutely clear that both of them are dog-whistling to those who most embrace the idea of being red-pilled: incels, MRAs, and white supremacists.

My instinct is to say that Elon Musk is nothing more than Donald Trump with spaceships and robots instead of casinos and evangelicals, but at least Trump had a reason for his racist pivot: politics.

Trump rode the only wave he could to the White House: the one Steve Bannon started and Stephen Miller taught Republicans how to surf on. And it’s the same wave that Elon Musk is currently attempting to ride, but the question is: why?

What does Elon Musk have to gain here? He’s joining a group of “red-pilled” people that consists of the likes of Dylann Roof, James Alex Fields Jr, and Elliot Rodger. He’s supporting an ideology that was intentionally created to radicalize people.

I can only surmise that the “up-side” for Elon Musk is the “lolz.” He gets to “own the libs,” and that’s probably pretty funny to him – it definitely is to the far right. No matter what his reasoning is, he just blew a giant gust of wind into the sails of white supremacists, incels, and MRAs the world over.

And for anyone curious about how the creators of the Matrix feel about extremists’ use of the “red pill” trope they created, here’s how Lily Wachowski, one of the film’s writers and directors, responded:

Fuck both of you

Read next: The cast of Community returns! But just for a table read on YouTube