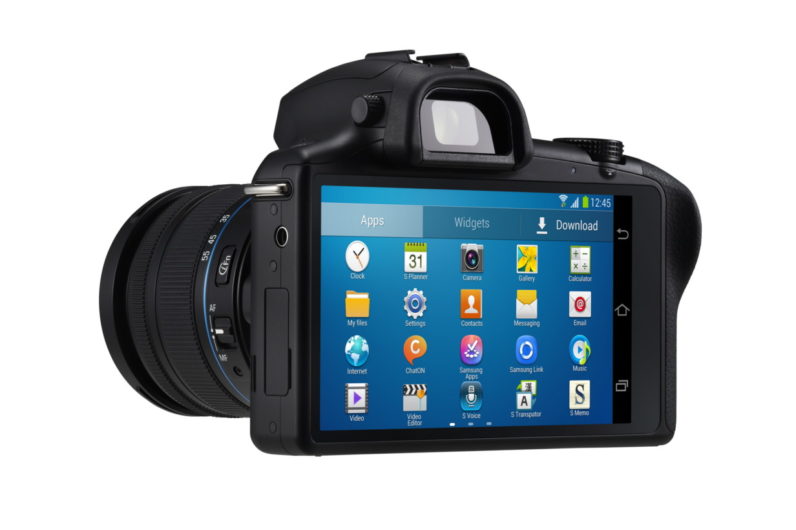 The camera market has never recovered from the impact of the smartphone. Ever since the iPhone took the mobile photography world by storm, point-and-shoot cameras have all but disappeared.

Enthusiast and professional cameras have remained relatively unharmed, due to their obvious image quality and flexibility advantages. But now the smartphone is starting to encroach on their territory too.

Smartphone cameras used to be at a disadvantage regarding resolution and dynamic range, but ever-improving sensors and lightning-fast HDR have made those differences vanishingly small under many viewing circumstances.

In other words, an ILC (interchangeable-lens camera) will still destroy a smartphone for large prints viewed from up close or and/or by a trained eye, but when viewed on a smartphone screen or monitor, you’ll sometimes have trouble telling which was which.

There are two primary image quality features DSLRs maintain over smartphones though: shallow depth of field and interchangeable lenses. But even those are no longer safe.

While right now shallow depth of field on phones is very basic and prone to error, it would be naive to imagine the technology won’t make huge advances in the years to come.

Professional cameras need to get smarter

But the problem isn’t that smartphones are taking better photos, it’s that enthusiast cameras are barely getting smarter.

Basically, professional cameras need to be able to operate at the extremes of performance, and for that reason, they will be around for a very long time. But that doesn’t mean they can’t get smarter anyway.

The smartphone, a $700 electronic multi-tool, should not be able to process HDR images more accurately and quickly than a $2,000 professional camera. It should not be able to film slow motion at twice the framerate, nor have better electronic image stabilization. But perhaps most importantly, it shouldn’t be so drastically superior at what happens after I actually take a shot.

It was only in the last couple of years that Wi-Fi became widely adopted in enthusiast cameras, and even then, sharing photos through the paired smartphone apps is more often than not a slow, convoluted process. God forbid I want to actually do any image editing on my phone.

The net effect – barring any professional work – is that I’m less inclined to use my mirrorless camera by the day, despite the fact I take it with me literally every time I leave the house. That’s because my phone is always by my side too, and for many of my everyday photos – artsy or not – the differences are too small to matter.

So close, yet so far

With that gap slowly closing with every smartphone generation, the Canons and Nikons of the world can’t rest on their laurels. But that’s not to say there haven’t been some decent attempts at changing the game.

It’s a shame Samsung got out of the camera business, because I actually think they were on the right track with the now-defunct Galaxy NX. That camera was literally just a mirrorless shooter that ran Android – access to the entirety of the Google Play Store included. The camera itself was actually pretty great too – it was just crippled by a high price tag, a lack of hardware buttons, and Samsung’s poor lens ecosystem.

On the other side of the coin, you have something like Olympus’ Air A01, which was basically just a mirrorless sensor that attached to your phone and interfaced via Wi-Fi. I also liked it a lot, but it too had some design flaws that kept it from wider adoption.

Nowadays, I find myself wishing Apple would make a camera – and not just a Leica designed by Jony Ive. This is coming from probably the least Apple-friendly person at The Next Web, mind you, but I think Apple is one of the few companies with the hardware, software, and aesthetic expertise to pull it off.

Ultimately its up to the manufacturers to decide what the camera of the future will look like, but you can bet it will look a little more like our smartphones.

Read next: The science behind why you can’t put down your phone