I’ve been itching to try the Mi 5 ever since Xiaomi first unveiled its flagship for 2016 at Mobile World Congress in Barcelona in February. When I got a chance to take a closer, but brief look at it at the press event, it seemed to check all the boxes for what a smartphone should have, both inside and out.

Now that it’s available in India at Rs. 24,999 ($376) – less than half of the Samsung Galaxy S7’s asking price, the Mi 5 seems like an incredibly intriguing proposition given its specifications and feature set. I put the phone through its paces over the past few weeks to see if it lived to its promise of delivering flagship-level performance at a reasonable price.

The Mi 5 is my second-favorite phone in terms of looks this year, after the Sony Xperia X. It’s compact, beautifully sculpted and best of all, is only a 5-incher.

The smartphone market has been saturated with oversized 5.5-inch devices over the past few years. Smaller options have rarely come with all the specifications and features of flagships, and the Mi 5 is a pleasant surprise.

The Mi 5 is not only smaller than most of its competition but also significantly lighter, weighing in at just 129g. For comparison, the Samsung Galaxy S7 comes in at 152g and the HTC 10 weighs 161g. The difference may not seem like much, but it certainly counts when you’re holding the phone over an extended period of time.

Both the top and bottom bezel are fairly slim, which is notable considering the Mi 5 features a fingerprint sensor on the front. As seems to be the trend these days, the ultra-minimalist hardware menu and back buttons – which are just two tiny of dots of light – are hidden from view until activated.

The sides of the handset are fairly similar to those of the Galaxy S7, tapering inward with beautiful lines that I frequently caught myself gawking at.

The back of the 32GB model features what Xiaomi calls 3D glass, which makes the colored surface and rear camera look like they’re encased in a transparent resin. It looks gorgeous but the entirely smooth finish lets the phone slide around on tables (and off them) rather easily.

That isn’t to say that the phone is hard to grip – its diminutive profile and contoured sides allow it to fit comfortably in your hand.

The only design element I’m not a fan of on this device is the reflective Mi badge on the top left corner of the front panel. It’s glossy and draws attention away from the otherwise clean layout.  I wish Xiaomi just stuck with a single logo on the rear panel with this one.

The Mi 5 features a splendid 1080p full HD display that gets bright enough for use out in the sun, and you can also turn it down to save power.

Xiaomi says the Mi 5 features the company’s brightest-ever display, thanks to a higher number of LED lights than other screens of the same size. It also boasts high contrast and accurate colors, and guess what? It delivers.

The display maxes out at 428 ppi, making for a seriously crisp image. It may not match up to a quad HD display, but at this size, the trade-offs in the form of lower price and energy consumption leave no reason to complain.

You can adjust the contrast and color balance in the Settings menu, and also activate a reading mode that cuts blue light to reduce the strain on your eyes. What’s neat is that you can set it to turn on automatically for any app you want, like ebook readers and browsers.

As for audio, the Mi 5’s speakers on the bottom panel by the charging port unfortunately don’t get very loud, and the Mi Sound Enhancer option does little to help – it’s easily drowned out by a fan or traffic from the street. This seems to be the case with just about every Xiaomi phone, but it’s particularly glaring on a top-of-the-line device.

However, if you plug in your headphones, you can access options like a system-wide equalizer and automatic audio adjustment for different types of headphones, which work well to upgrade your listening experience.

All of them serve to sweeten the deal rather well. The fingerprint sensor is perhaps the fastest and most responsive I’ve ever used, and the large 3,000mAh battery charges up fully in under two hours to easily last an entire day.

The IR blaster, located at the top of the phone near the headphone jack, lets you control your TV and home entertainment gear via the companion app that works with just about any make and model. It’s not essential, but certainly comes in handy when you’re too lazy to look for the remote.

The Mi 5 is one of Xiaomi’s first Android 6.0-based devices. As usual, it comes with the company’s own MIUI 7 software layer on top, which brings plenty of features and customization options. Is that a good thing? Well, it depends.

If you’re looking for a stock Android experience, you certainly won’t find it here – everything from the notifications bar to the settings menu has been overhauled, and the current build doesn’t support Google Now on Tap – though the company says it’ll arrive in a future update.

That being said, there’s a lot to like about MIUI 7. It’s fast and easily customizable with thousands of themes that skin the interface right down to the dialer and icons. It also includes serviceable apps for texting, email, notes, blocking unwanted calls and messages, voice recording and managing app permissions and storage.

Xiaomi says it’s already baked in power-saving functionality that’s available in Android 6.0, which means that when you’re not using your phone, it’s in a sort of sleep mode that only lets high-priority apps receive notifications. This certainly helps the Mi 5’s battery last through a whole day without any fuss.

It’s also worth noting that MIUI 8 is scheduled to drop on May 10, and is likely to come to the Mi 5, given that it’s a flagship device.

The Mi 5 comes with an impressive 16-megapixel Sony camera with an f/2.0 aperture. It’s protected from scratches by Sapphire glass and features four-axis optical image stabilization to combat shakiness when shooting.

The camera performs well in brightly-lit conditions and delivers sharp, colorful shots. The aperture is wide enough to allow a good amount of depth-of-field, so as to separate subjects in the foreground from the background.

However, it doesn’t do nearly as well in low light. As with cameras on less expensive phones, it struggles to balance colors or eke out much detail, and photos turn out fairly noisy. 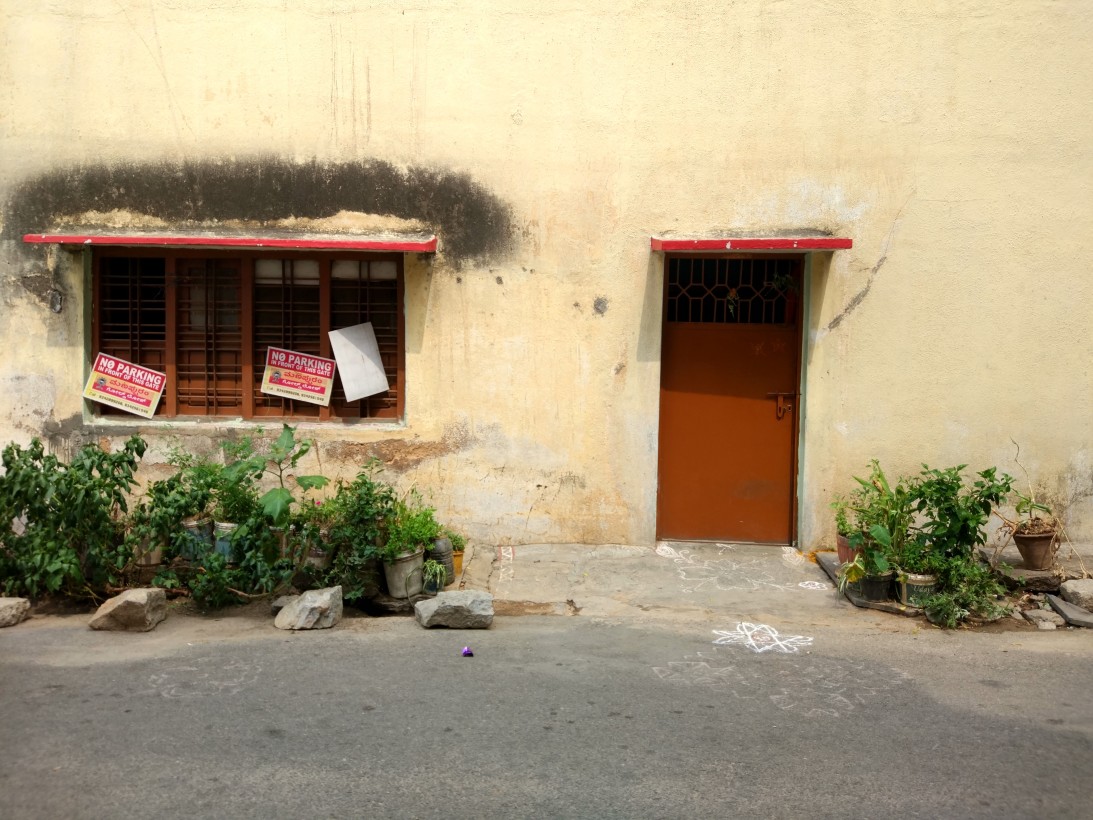 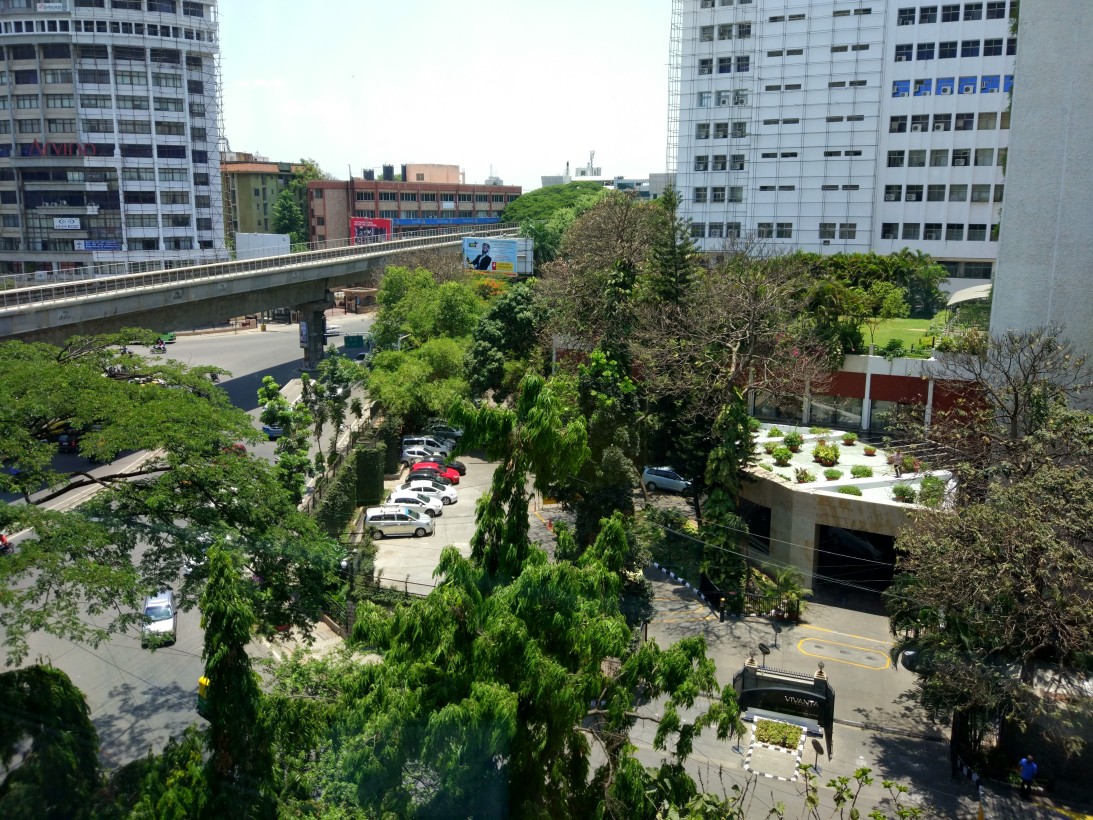 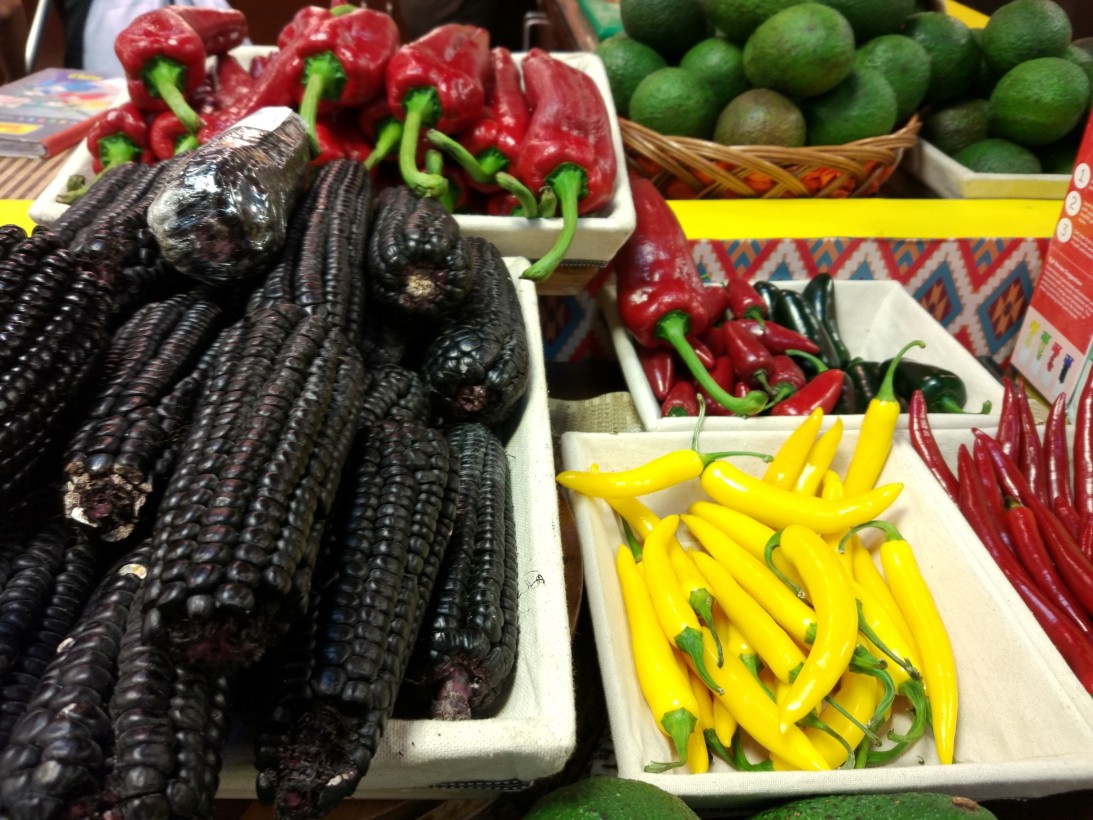 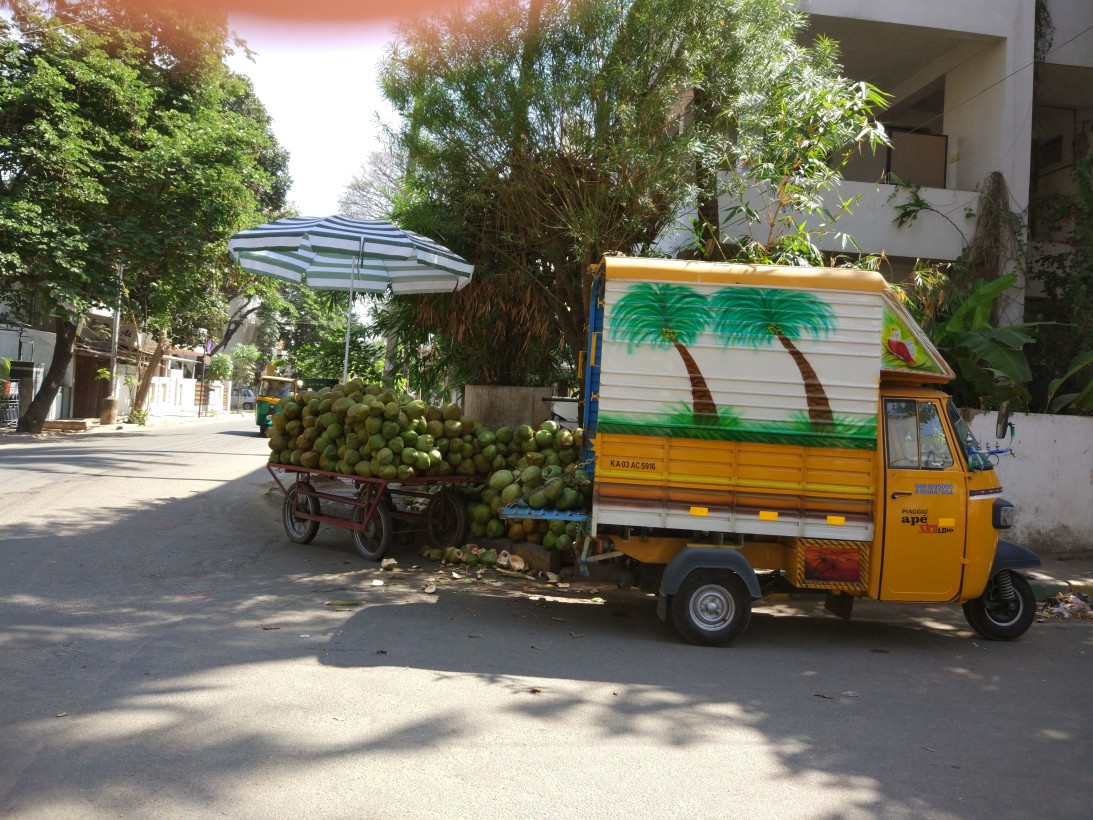 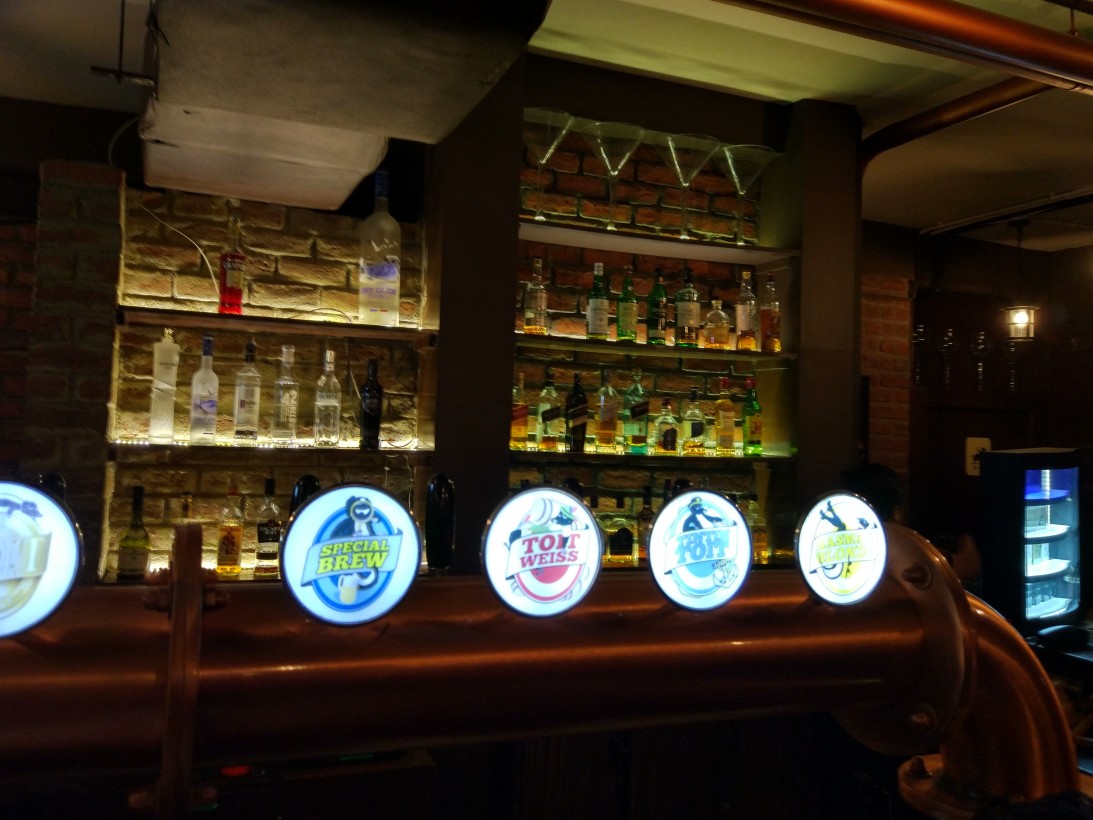 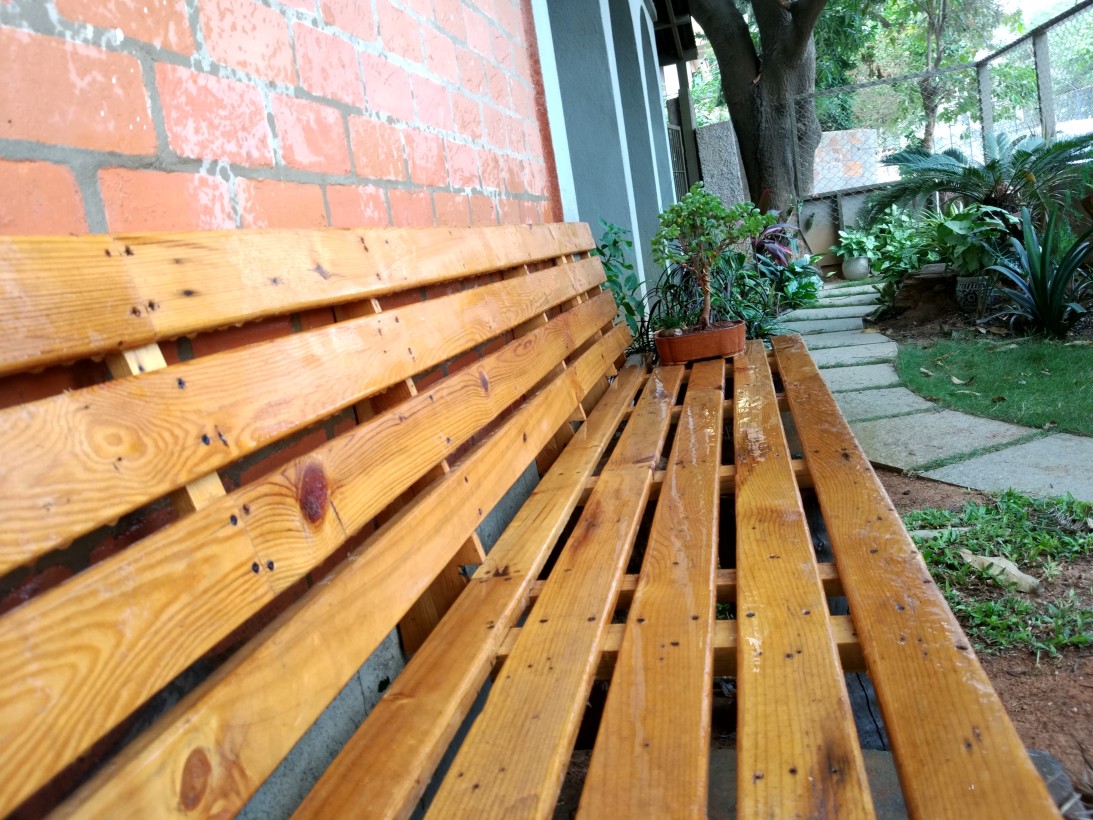 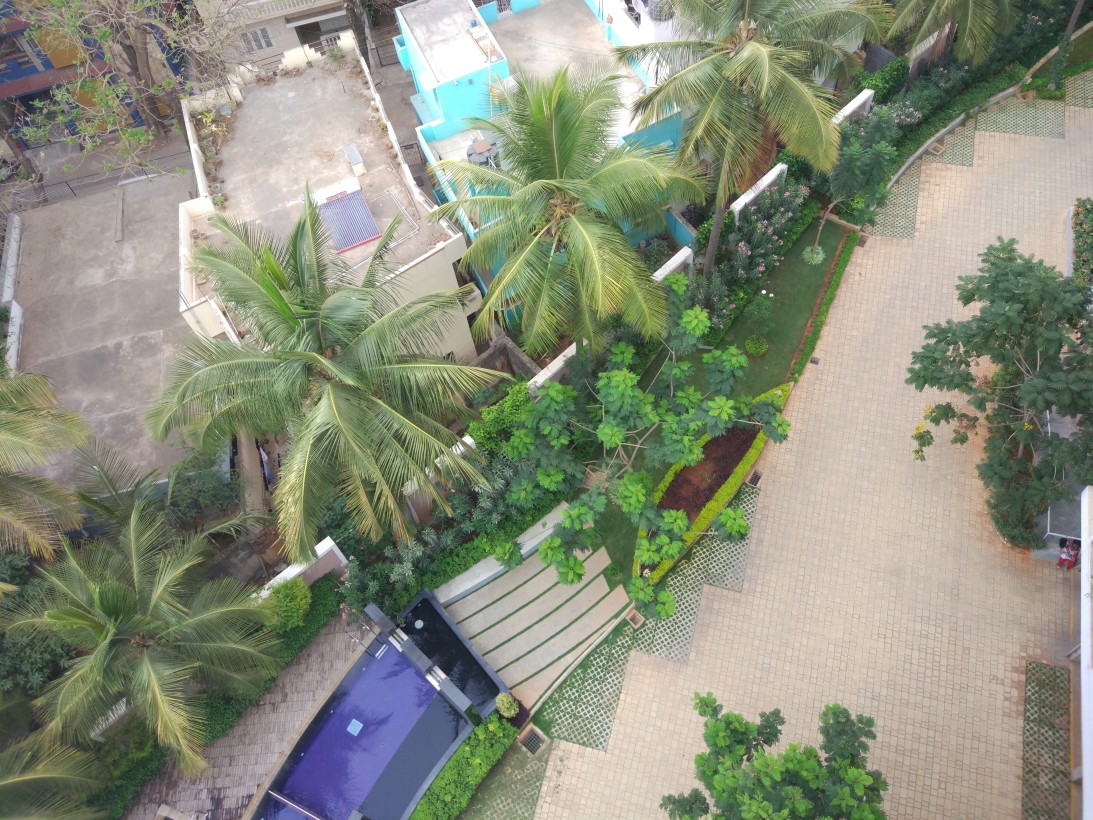 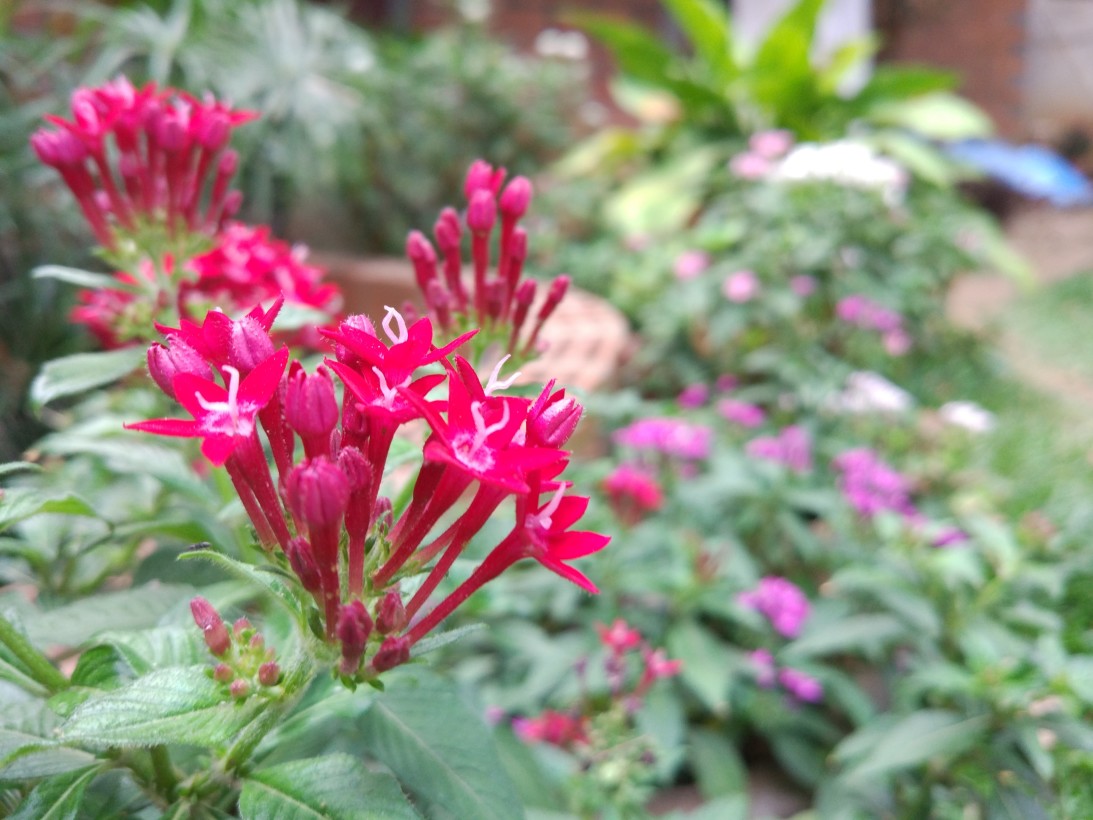 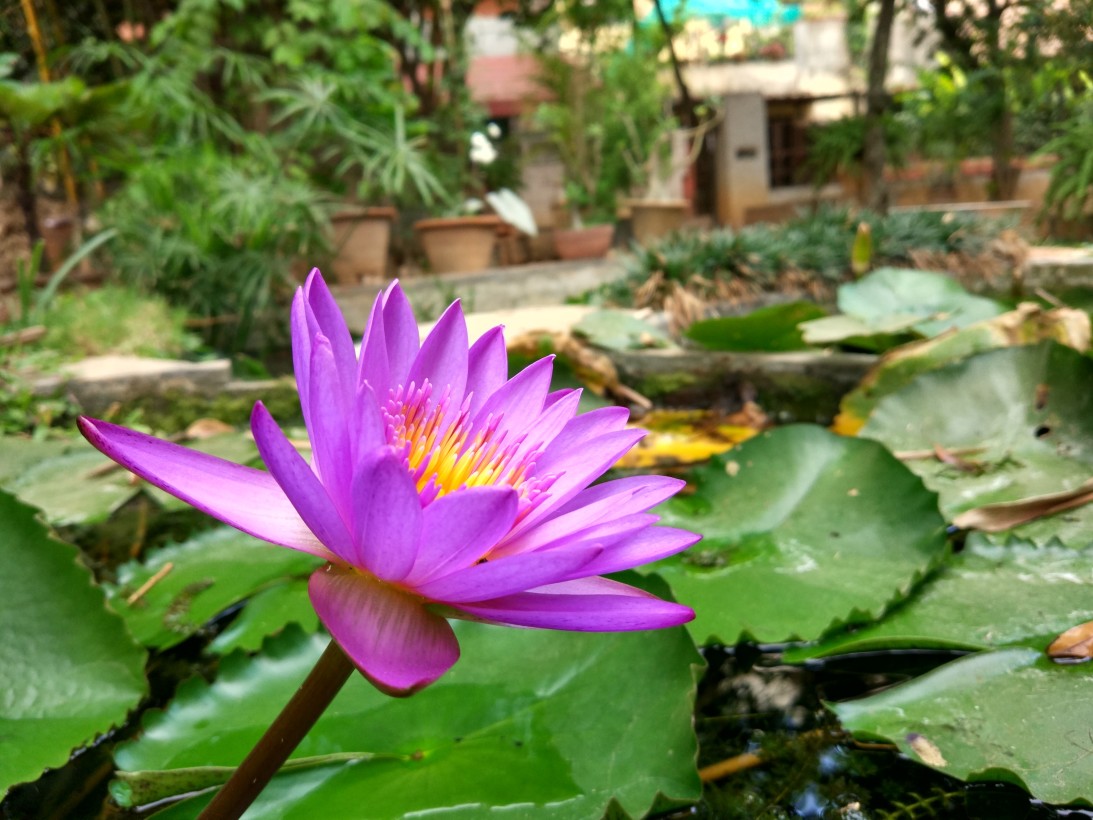 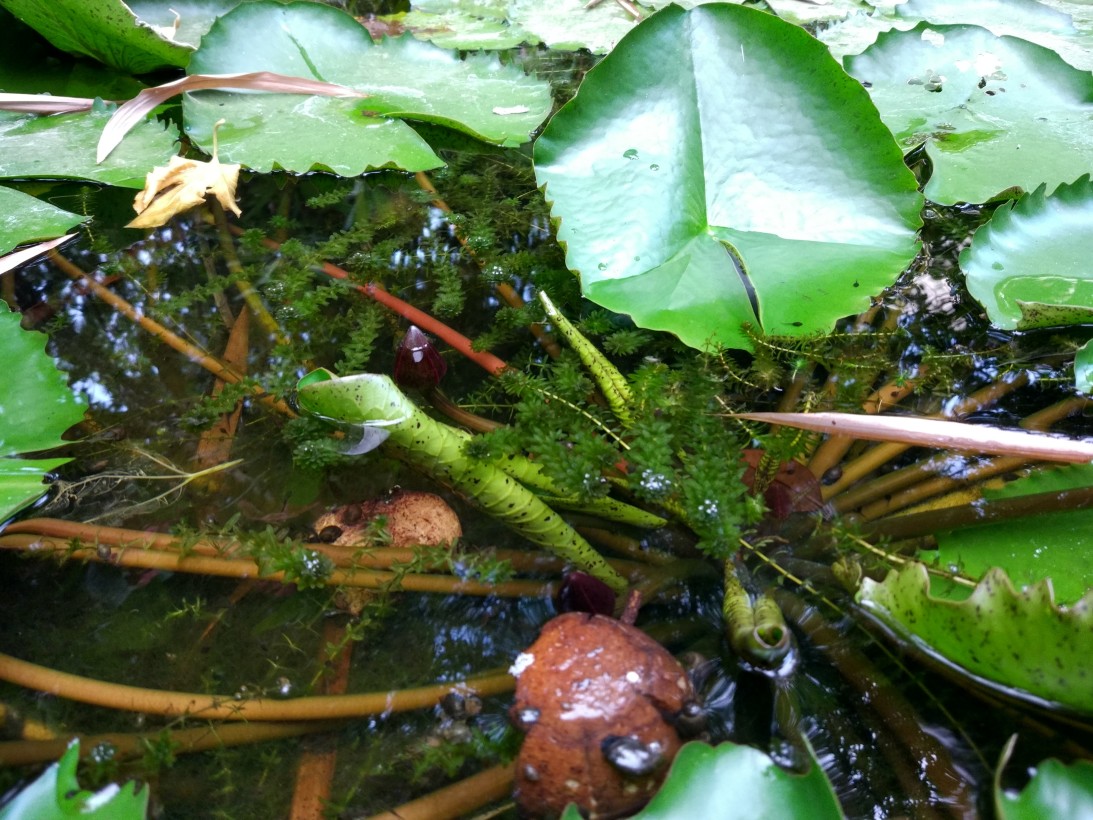 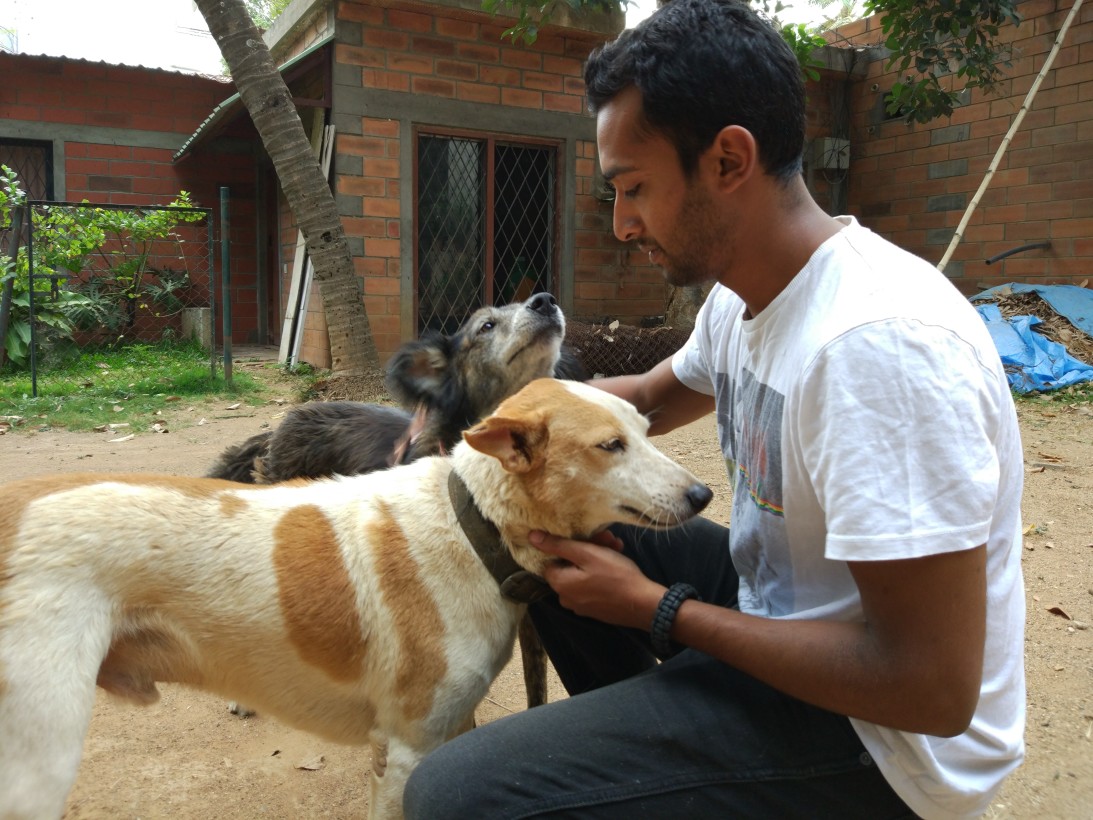 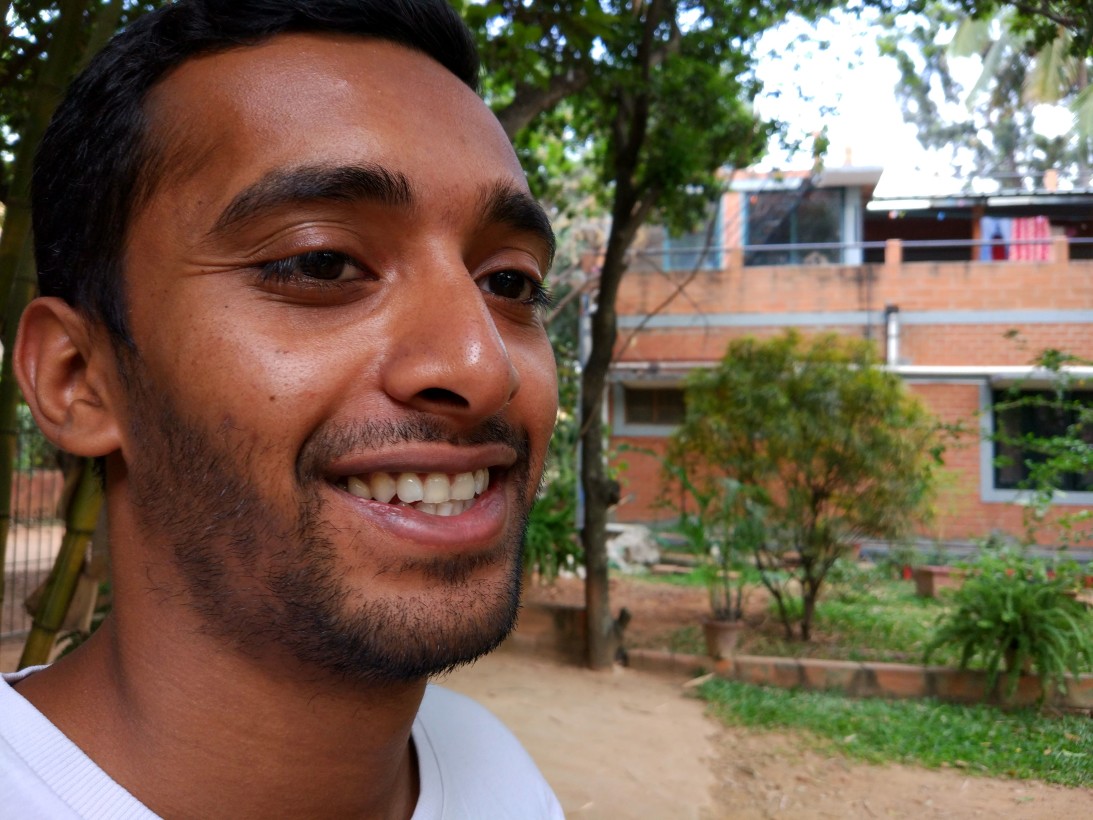 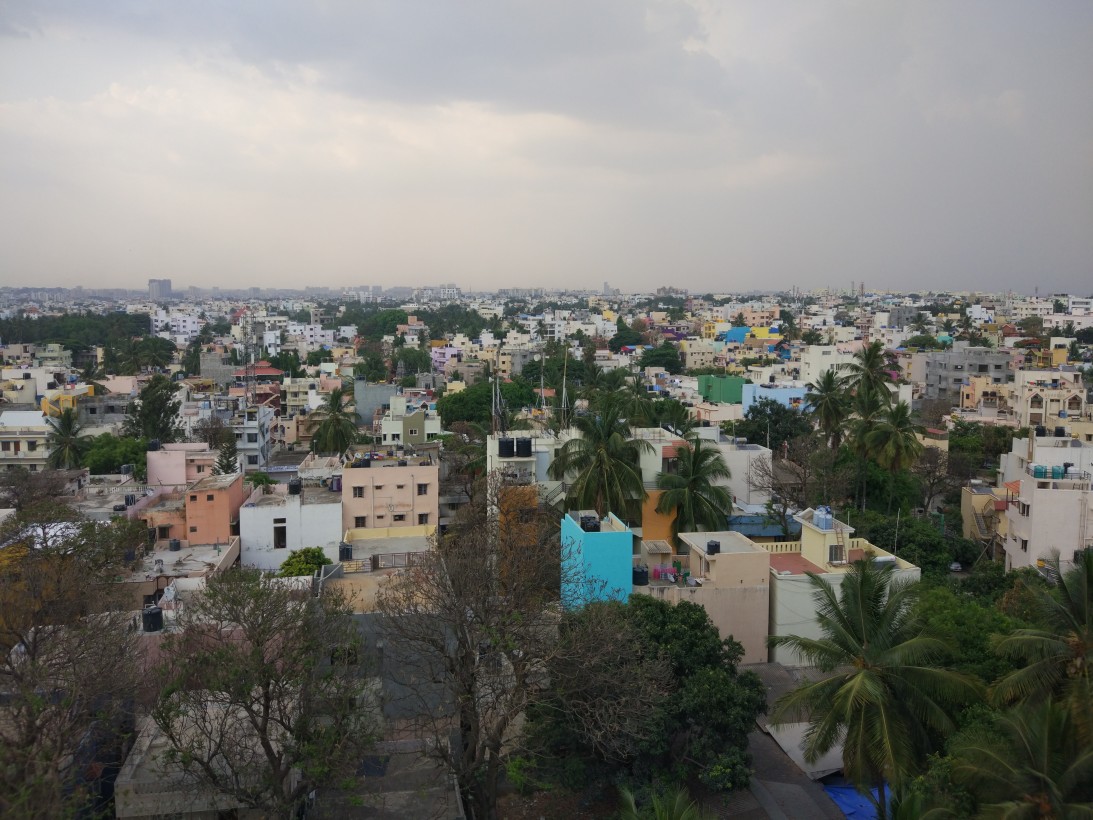 Where this camera does manage to shine is in its speed and stabilization capabilities. It’s much quicker at focusing and capturing shots than, say, the Redmi Note 3, and I rarely came across a shaky image in my gallery. Engaging HDR mode doesn’t slow it down.

You can shoot 4K video as well as time-lapse and slow motion clips (720p only), and there’s also an audio focus mode that lets you switch between where you’d like to capture sound from: in front of the screen or behind it.

Videos from the Mi 5 are crisp and clear in daylight, but begin to get noisy almost as soon as you move into the shade.

The camera app offers plenty of features and is easy to use. You can tweak manual settings, adjust the image quality to save on storage space and shoot with live filters. There’s also a long exposure feature for shutterbugs who care to carry around a tripod for shooting in the dark.

The 4-megapixel camera on the front does a good job of snapping selfies. The automatic Beautify feature tries to identify your age and gender to apply the most appropriate of its 32 filters to wipe out blemishes and smoothen your skin. It works well enough, but you’d do well to turn this down to low for a more natural result.

Xiaomi has made only the 32GB variant of the Mi 5 available in India, and that’s what I’ve been testing over the past few weeks. It’s powered by a Snapdragon 820 quad-core 1.8GHz processor paired with an Adreno 530 GPU and 3GB RAM.

It’s hard to slow this beast down – you can throw any number of apps or graphics-intensive games at it, and it won’t skip a beat. Images, Web pages and games all load quickly and multitasking is a breeze.

That being said, it isn’t significantly quicker than the $150 Redmi Note 3 – unless you’re constantly looking for differences in speed, it’s hard to notice that the Mi 5 is the better performer. That’s not a knock on how it fares, but it’s worth noting that we’re fast approaching a point where Android device specifications cease to matter a whole lot.

The Mi 5 is a solid performer in just about every department, looks fantastic and comes packed with features. And at just Rs. 24,999 ($376) it beats other flagships from LG and Samsung on price by a mile.

More importantly, Xiaomi has created a seriously desirable device that I’d be glad to own. In addition to its high-end processing power and commendable camera, it’s a well crafted piece of hardware that I’ll fondly remember years after it’s gone.

The only drawback the Mi 5 faces is the same with all Xiaomi phones: it’s only available through flash sales, so you’ll have to wait your turn if you want to get your hands on one. However, there isn’t anything else out that’s as fast or as beautiful at this price, so if you’re in the market for a new handset, I’d recommend getting in line right away.