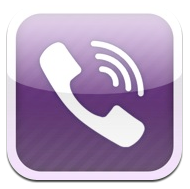 A report surfaced today saying that Internet telephony company Viber was in talks with a “leading” Asian IM company for an acquisition to the tune of $400 million — which hinted at companies including China’s Tencent, which owns WeChat, or Japanese company Line.

However, Viber CEO Talmon Marco says he has “no knowledge of any of the items mentioned in the story,” in a statement issued to us by the company.

With its more than 200 million registered users, and revenue stream via selling stickers and international calling credit, it’s easy to see why Viber would appeal to Asian IM companies — considering what messaging apps could add on to their existing services with a call infrastructure. An acquisition could pay off for Viber too, given that the market is arguably saturated with plenty of VoIP calling services and Skype as the main stalwart in the industry.