While trying to decide what seat I should use on public transportation this weekend, I joked about the “next big thing” in location-based check ins — that is, foursquare at its most atomic unit: Checking into seats on buses or cubicles in the office, etc. Apparently, I am not the only person with hyper-localization on the brain as Twitter has hinted towards making moves to aggregate content discovery through micro-location as well.

A recent article by NYMag discussed the science of tweets, pointing out how difficult this content-discovery aggregation process would actually be for a service like Twitter. For one, users aren’t clearly labeled or categorized on the platform — barring what they might list in their actual bios, anyhow — making it difficult for Twitter to create thematic lists for these individuals aside from what is user-generated. Hashtags also serve as a sort of last-minute content discovery tool, but are a relatively primitive hack that some users still have trouble grasping.

Noting these issues, Twitter CEO Dick Costolo has mentioned Twitter’s plans to help surface content discovery from the global to hyper-local level, presumably to provide better targeting for advertisers. In this way, Twitter hopes to better engage its users by dishing out the content they might prefer to see versus what they do not. As an example, Costolo shares, “…You’re at the Giants game, and here are a bunch of other tweets and pictures people are tweeting from the game right now.”

TwitZip is a service that already profits from hyper-localization, so it’s not as if the idea is new. Topix, the largest local forum site in the US, also offers hyper-local ads and monetizes communities through these advertisements. Seeing the success of these mentioned services, it should be a breeze for Twitter to accomplish the same … Right? 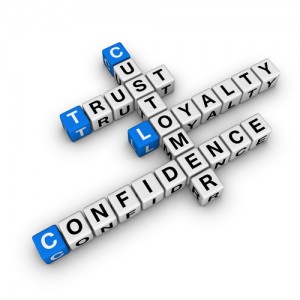 The main concern is that over structuring the flood of incoming content on Twitter will take away from its already genius recipe. Costolo says that people come to Twitter to experience Twitter, and worries that the platform will lose the “roar of the crowd.” Understanding this, Costolo reassures us that this will be built into Twitter in the future in a way that doesn’t pull away from how its current consumers experience the service.

Moving forward, Twitter hopes to retain the habitual way users have taken to using Twitter, much like how Google+ is monopolizing social services by retaining that comforting “brand” feel across its various affiliated products. By focusing on familiarity, brands like Twitter can better cultivate consumer loyalty — being able to identify a service and understand how it works makes users feel comfortable.

Unlike Google+ and Twitter, however, Facebook doesn’t seem to retain the same ideals. Some of the most drastic changes we’ve seen on Facebook are already generating a sizable amount of negative feedback. Most notably, the new Timeline feature — which will soon completely change the way Facebook users view profiles — as well as its distracting News Ticker which some have even taken to developing browser extensions just to remove.

Twitter doesn’t hold the same stake as its competitors. 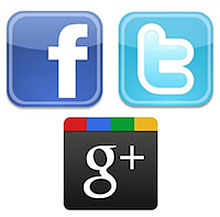 Facebook has one major advantage: A massive user base on its side. Which means, enough consumers to cause some to speculate it is a platform large enough to survive extreme changes. Twitter, which holds less than half of Facebook’s user real estate, dwarfs in comparison to the social networking super giant. Knowing this, any huge changes Twitter makes to the service could potentially receive enough negative reaction to draw its users away from the platform and onto newly asymmetrical social networks like Google+.

Being an active Twitter user myself, I’d be excited to see additional features on the service that don’t detract from the way I currently use the platform. Additional tabs that are non-invasive — similar to how lists can be pulled up separately from my main feed — would be welcome and fun to play with. I seriously doubt I’d be able to say the same, however, if Twitter completely changed its basic user interface; I like Twitter the way it is.

I’d like to hear from you: Are hyper-localized tweets something you’d like to see on the platform? Do additional features worry you, or are you comfortable with any future changes? How would you like to see features like this implemented? Weigh in below.