While tuning into a few quick Q&A interviews after the official Facebook F8 keynote, I managed to catch one very alarming point: Timelines, the huge new Facebook feature, is meant to completely replace our Facebook profiles. This means that the entire user interface will be scrapped and taken over by timelines.

For many who have already grown accustomed to the very familiar Facebook wall or the way photos are currently displayed etc, this new revelation might come as a bit of a shock. Originally, I believed Timelines would simply be an additional feature to Facebook’s current UI recipe, something I definitely could have lived with. Now knowing how drastically different Facebook’s appearance will be across my central user experience, however, leaves me at a loss.

The new timelines could potentially cause problems.

Being something of a social media nut, this is the sort of update that would normally please me. Personally, I enjoy being able to tinker around with new social toys, and timelines are just the ticket. I would have preferred, however, that timelines served as an additional feature rather than the main dish. There are others who agree and are currently bemoaning the new changes and spouting off about the downfall of Facebook, perhaps prematurely guessing that the extreme UI makeover will be rejected by the majority. 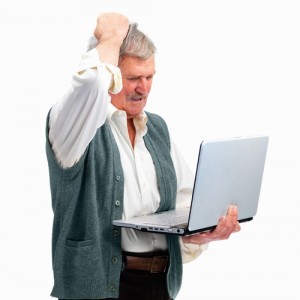 One downside is that those of us who aren’t so tech-savvy (some of our parents, for example) might not understand how to use the new timelines, which could obviously become a huge problem. For me, Facebook is one of the major lines of communication that I use to keep in touch with both family in the States as well as kin overseas, and this massive makeover might just be a bit too much.

That said, we’re leaving this one to our readers. What do you think about Timelines potentially taking over your entire Facebook profile? Understanding that your wall will look completely different, does this make you excited about the changes, apprehensive, or unaffected overall? Let us know by voting in our Facebook poll.

Also, be sure to check out all of our F8 coverage, as well as our roundup for the main keynote.

Here’s how all profiles will look in the future: