Bryce Keane is an Australian expat now living in London. He is co-founder of international start-up community event organisation 3beards and founder and director of Albion Drive, a fully integrated communicaitons agency for entrepreneurs and challenger brands.

This was the national news story that greeted me when I first arrived back in my home city of Melbourne for a Christmas visit, after spending the past three of five years overseas working towards building a vibrant startup ecosystem in London with my own community organisation 3beards.

The story struck me as significant for three reasons – firstly, because Freelancer founder Matt Barrie had been very public leading up to the IPO about wanting to list in Australia over both London and NASDAQ.

Secondly, because he had single-handedly managed to achieve something that my adopted startup hometown of London (despite a fair amount of wailing and hand-wringing) has not yet achieved; namely, an incredibly successful public flotation of a homegrown tech company listing on the local market.

Finally, that this was not the first highly successful tech IPO in Australia in 2013 with OzForex raising AUD $439.4 million (USD $416 million) during its debut on the ASX earlier in the year.

Given this lack of UK tech IPOs on the LSE so far (with the reason often cited that there is a lack of mature tech investors in the UK when compared to the NASDAQ just across the pond), one can’t help but wonder whether Freelancer and OzForex’s success raises the question of whether the Australian market is currently more open to high-growth tech company listings than in the UK.

If it is, then Australia does start to look appealing as a startup destination both as a founder and an investor.

In fact, Australia’s biggest startup successes have all been in multi-sided marketplaces – CarSales.com.au, Seek.com.au and RealEstate.com.au all IPO’d circa 2007/08 for a combined market value of around AUD $13 billion.

To put this in perspective, despite the media frenzy around when the UK would have its first successful IPO (and let’s be honest, the UK is not short on potential companies that would fit the bill), the only UK startup to IPO in 2013 was tuberculosis diagnostics company Oxford Immunotec for $86 million and that was on NASDAQ.

When I left Australia nearly five years ago, I didn’t think we had a startup scene. So in March 2013 when Google Australia and PwC famously declared in their Start-Up Economy Report that ‘The Australian tech startup sector has the potential to contribute $109 billion or 4% of GDP to the Australian economy and 540,000 jobs by 2033’, I thought it was time to revisit my homeland and have a look around.

What I found beyond the IPOs was that not only is business starting to boom but, more importantly, there are some solid foundational building blocks already emerging across the broader startup ecosystem.

It’s the kind of space that may lead to the kind of rapid and sustainable growth that is well worth keeping an eye on both for founders and investors.

Though by no means an exhaustive list (and please feel free to add any I’ve missed in the comments below), there are definitely a few names that come up when you mention the startup scene in Australia so here’s a list that shows why Freelancer may not be the last tech IPO to emerge from this part of the world

Marketing itself as ‘the world’s largest online graphic design marketplace’, Melbourne-based 99designs tops the list as most talked about when I asked who to watch.

Having raised a $35m Series A round from Accel Partners and angel investors behind ebay, Flickr and Squarespace to expand their global presence (which now include offices in San Francisco, Berlin, Paris and Rio), 99designs remain the darlings of the Aussie startup scene and one to watch.

From starting the company on a AUD $10k credit card in 2002 to raising $60m from Atlas Partners in 2010, Sydney-based enterprise software firm counts Twitter and NASA among their clients.

The firm now has 600+ employees with Facebook vice-president Jay Parikh and former Symantec chief executive Enrique Salem on its board as of August 2013. Atlassian is rumored to be Australia’s next billion dollar IPO in 2014 (though this one more likely to be on NASDAQ according to Bloomberg).

With USD $75m behind it, including a $40m funding from former top AOL execs Steve Case and Ted Leonsis, and a client list of over 50,000 online stores in 65 countries, the founders of BigCommerce set out to level the e-commerce playing field for all online merchants and it would appear they are succeeding.

Keep your eyes on this one, it’s also widely pipped to be Australia’s next major tech IPO.

Online Forex trading broker, Pepperstone is the second most famous Australian FinTech startup after OzForex and, with a monthly foreign exchange transaction volume of AUD $30 billion.

It’s not hard to see why. On the November 27, 2013, founders Owen Kerr and Joe Davonport told the Australian Financial Review that they, too, were seriously looking at an IPO after OzForex’s successful float in 2013.

The Brisbane-based creators of Fruit Ninja and Jetpack Joyride acquired Onan Games in 2012, and deserves an honorable mention for being Australia’s answer to global mobile gaming giants King.com and Rovio. 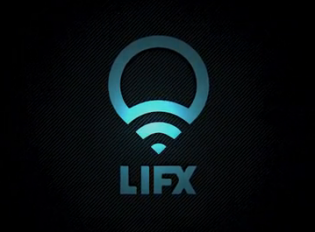 Giving the likes of the Philips Hue range a serious run for their money, LIFX is a Wi-Fi enabled, multi-color, energy efficient LED light bulb that you can control with your smartphone.

The hardware startup went on from Melbourne accelerator AngelCube to raise $1.3m on Kickstarter in just six days (more than 10 times its original funding target), relocated to San Francisco and started shipping in late 2013.

Much like LIFX, App.io also went through the Melbourne-based AngelCube accelerator, but then went on to be accepted into another well-known accelerator, 500 Startups in Mountain View.

It subsequently raised $1.2m in seed funding in the US. The teams are now based in both Melbourne and San Francisco.

Another alumni of the AngelCube accelerator, Coinjar is a consumer facing Bitcoin wallet that went on to raise $500,000 from Blackbird ventures and is rumoured to have grown to a $5m monthly turnover in the past three months alone.

A kind of “Prezi for Design,” collaborative Web tool Canva has been generating a lot of buzz since its launch for bringing great design to the masses. In a nutshell, the startup allows non-designers to use ‘Search and drag simplicity to create beautiful designs without ever leaving the Web.’

Canva claims to give you everything you need to easily turn ideas into stunning designs, be it for Web or print, blog graphics, presentations, Facebook covers, flyers, posters, invitations and more. With 150,000 users and counting, they might just be on to something.

The online foreign exchange and global payments provider gets another mention for being the other big tech IPO in Australia in 2013, with high profile backers Accel Partners, Carlyle Group and the Macquarie Group also rumoured to be quite pleased.

Although we are surrounded by startup accelerators in Europe, with Wayra, Seedcamp and TechStars leading the way, Australia only has a few but those few are already showing impressive results.

Arguably Australia’s first startup accelerator, and funded by Blackbird Ventures, Sydney-based Startmate is a five-month program offering AUD $50,000 investment, mentorship from more than 20 successful founders (including the founders of Atlassian and several VCs), legal counsel, a two month trip to Silicon Valley and demo days in both Sydney and Silicon Valley.

Key successes include Grabble, which was sold to Walmart Labs.

Nipping at the heels of Startmate is Melbourne’s AngelCube, based out of the impressive Inspire9 co-working space in Richmond, and with a raft of successes outlined already in this piece including Apps.io, Coinjar and LIFX, AngelCube shows enormous potential to compete on the global accelerator stage.

ANZ bank’s Innovyz START accelerator programme is based in Adelaide (currently the city’s only startup accelerator program), runs for 13 weeks and offers ‘a $20,000 stipend, access to a $20,000 loan from ANZ plus business services worth more than $500k’ alongside mentorship.

Newest entrant to the market, Muru-D is the startup accelerator from Australia’s largest telco Telstra. It is set to announce a first class of 10 companies in early 2014.

Similar to Telefonica’s Wayra accelerator in Europe and Latin America, Muru-D is looking at the entire Australasian region where the telco operates and time will tell whether they will expand beyond Australia’s borders in a similar fashion to their Latin American counter-parts.

By all accounts, venture capital in Australia is still a big issue – especially when it comes to substantial Series A and follow-on funding rounds. There are big established players like Southern Cross Ventures and Starfish Ventures, however the real excitement seems to be around some of the newer players like Adventure Capital, Blackbird Ventures and SquarePeg Capital (founders of Seek.com.au).

What will be interesting to see will be whether any of the larger global funds will begin to co-invest alongside the local players or follow the precedent set by Accel Partners and begin entering the market on larger deals.

The stable for any startup is affordable office space so here are four co-working spaces leading the way:

Based in a heritage-listed warehouse building in the Melbourne suburb of Richmond, Inspire9 is one of the more impressive startup co-working and events spaces I’ve been to. It’s also home to the AngelCube accelerator program.

With a penchant for social enterprise startups (though not a requirement), The HUB has startup co-working spaces in Melbourne, Sydney and Adelaide.

Founded by VC firm Adventure Capital, York Butter Factory is based on Melbourne’s King Street and is home to over 50 companies and ran over 200 startup events in 2013 including AngelHack, Start-Up Weekend and private hackathons for companies like Blackberry and Ford.

Last but not least, a good startup community needs regular meet-ups for support, collaboration and an opportunity to share experiences as well as war stories. Australia is not short on those.

Although I couldn’t possibly cover them all, some of the larger ones by attendees and membership are Silicon Beach, Lean Startup, Startup Grind, Amazon AWS and the Big Data Analytics meet-up group.

Returning home for a holiday to find a startup scene as vibrant and bustling as Australia’s was both a welcome surprise and an inspiration.

As one VC said to me while I was there, “We may not produce a $100 billion company but I do believe we will consistently deliver $100 million and single digit billion dollar companies. It will be a continued series of wins and IPOs to build confidence that the talent pool is deep here, so we can generate more capital and funds from institutional investors into the ecosystem.”

Having seen the talent Australia has produced so far, I’m inclined to agree with him.