In the last few years, Egypt’s startup ecosystem has become one of the most vibrant on the continent, presenting rapid growth potential for the near future. According to a recent report by Startup Genome, Cairo, the country’s bustling capital, marked an overall increase of 60% in VC funding rounds over the past five years, and in 2021, saw a 156% increase in total VC funding rounds compared to 2020.

Walking on the streets of Cairo, it’s now common to see colorful billboards bearing the distinct logo of Fawry, an e-payments platform which has gained funding big enough to attain unicorn status. Other startups like Vezeeta and Swvl are not only offering seamless essential services to a wide client base, but also attracting major investments that boost Egypt’s track record in the tech startup space.

According to Walid Faza, Chief Operating Officer at MSA Capital, Egypt is now seen as the tech hub of Africa, and a lot of products coming out of the country could scale to the rest of the continent with sufficient funding.

“Over the past two or three years, we’ve seen exponential growth in Egypt,” he says, speaking at the recent Hangout with VCs event organized by Egypt’s Information Technology Industry Development Agency (ITIDA) and TNW. “Companies in the country are solving real problems and are tackling the bottom of the pyramid – they have innovation that can really scale and have an impact.”

Here, we’ll take a look at Egypt’s burgeoning startup ecosystem and a lot of important takeaways for VCs looking to invest in emerging markets and entrepreneurs thinking of launching their startup in the country.

According to Disrupt Africa’s 2021 Egyptian Startup Ecosystem report, 562 tech startups were in operation across Egypt as of September 2021, making it the fourth largest startup ecosystem on the continent. Out of those, at least 318 Egyptian startups have raised almost $800 million in funding since 2015.

Unlike most African countries where finance platforms take the lead in the tech ecosystem, Egypt’s fintech startups come in second place behind e-commerce. However, each of the 65 active startups here have grown at a rapid pace, making Egypt the fourth largest country in fintech investments in Africa and the second largest in the Middle East and North Africa (MENA) region. The Egypt Fintech Landscape Report 2021 shows that 24 of these startups have expanded within and outside the country, and are now established across the Gulf Cooperation Council and in Europe.

Before 2017, there were only six active telehealth startups in operation, but as the demand for digital healthcare services goes up, the telehealth sector in Egypt has grown to over 53 ventures, providing solutions for bookings, virtual healthcare, diagnostics, health insurance, and emergency response. But as the Startup Ecosystem report explains, all of these startups are based in Cairo, which proves that there’s room for more investment in this sector.

Artificial Intelligence (AI) and the Internet of Things (IoT) have also found a thriving place in Egypt’s ecosystem. The startups in these subsectors cover different areas like bot building, business intelligence, big data solutions, and AI solutions in cybersecurity and queue management. The Egyptian government is now tapping into this nascent sector to refocus on its once-thriving offshoring industry, which presents remarkable growth potential for the country.

Egypt’s fourth fast-rising sector is educational tech, with 42 startups making up 7.5% of the tech ecosystem. These startups are a mix of online learning platforms, learning management systems for educational institutions and value-added learning solutions. Along with establishments in other key sectors like transport, logistics, marketing, and real estate, about 39% of Egypt’s startups have taken part in an acceleration or incubation program, including renowned international accelerators such as Y Combinator and 500 Global.

The era of funding

From 2015 to 2021, 318 startups from Egypt have raised $791 million in total funding, across 447 different rounds. According to the startup analysis platform Disrupt Africa, investment in the country’s startup ecosystem really took off in 2017, with 139% growth in the number of funded ventures. This steady growth continued until 2019, where more Egypt-based startups were backed than any other on the continent, including the traditional ‘big three’ of South Africa, Kenya, and Nigeria.

The early stages of tech startup investment in Egypt may have been dominated by e-commerce and telehealth, but the last few years have seen higher investor interest in the fintech space. Funding in this sector took off last year, and is now responsible for more than one-third of the total raised by Egypt’s startups in the first nine months of 2021.

The number of active investors in the country is also on the rise. Out of 122 named investors so far, the majority each year are international accelerators like Flat6Labs and Y Combinator. However, Egypt’s startup scene also maintains a strong local VC presence, securing funding from firms such as Algebra Ventures, Kepple Africa Ventures, and Sawari Ventures.

In September 2021, Plug and Play and ITIDA announced the opening of an accelerator and incubator to develop Egyptian startups. The three-year agreement outlined an accelerator program that will run two cycles each year, targeting a total of 60 companies. The incubator will provide support to 60 early-stage startups each year, split into two cycles.

What’s behind the current investor interest in Egypt’s startup scene?

In a few years, Egypt transformed into a fast growing hub for startups across the MENA region. With a population of over 100 million people and one of the fastest growing economies in the region, Egypt presents a teeming market for companies providing digital solutions for everyday needs.

“The current global economic slowdown has brought a shift towards investing in startups with sustainable business models that are filling a technology gap in the market,” explained Ahmed Mahmoud, founder and CEO of AI-driven software company DXwand, at the Hangout with VCs event. This presents an important opportunity for isolation and market penetration.” This is one of the strengths of the Egyptian ecosystem.

According to Mahmoud, the Egyptian government is also boosting the country’s appeal as an investment destination by making significant efforts to support tech startups. “In addition to this, there’s an exposure to talent and training on a global scale (among Egypt’s startups), and we’re also exposing our talent and experiences to other perspectives,” he says. “There’s also more access to talent as universities are starting to collaborate with startups, and laws are being made to protect startups.”

In fact, fellow panelist Oscar Ramos, general partner at SOSV’s Orbit Startups, decided to invest in DXwand the previous year. According to Ramos, “They built one of the most sophisticated NLP engines for Arabic languages.”

Working for a Chinese investment firm, an important message Ramos had for entrepreneurs growing their startup in Egypt was to look for investment opportunities outside of the traditional markets.

“We are seeing right now that investors from Asia are also looking more and more at Africa, North Africa, and the Middle East for investment opportunities. And that can be a very big opportunity for entrepreneurs whereas, traditionally, they tend to look at the US as the most relevant market. Obviously, the US is huge in creation and very relevant for anybody, but it’s also worth considering other options.”

What the future holds for Egypt’s startup ecosystem

Egypt’s tech industry was the only sector that continued to grow during the pandemic and experts predict that the coming years will break more records. According to Magnitt’s 2022 Egypt Venture Investment Report, the ecosystem observed a 168% year-on-year increase in capital investment to reach a new all-time high record of $491 million. As Egypt takes on other African ecosystems to compete for more investment funds, it’s clear that the country is set to maintain a strategic position in the growing startup market.

The Egyptian government has become proactive when it comes to supporting the local tech startup market. This support is evident from several government-backed initiatives like the intellectual property rights protection guide for startups, the Central Bank’s $64 million fintech fund, scholarship programs for tech entrepreneurs and the launch of the Creativa Innovation Hubs in collaboration with public universities, to support students and startups to meet up, access resources and develop digital solutions. With government support in this growing ecosystem, Egypt is on track to becoming one of the most advanced tech ecosystems in Africa.

This article is brought to you by ITIDA. 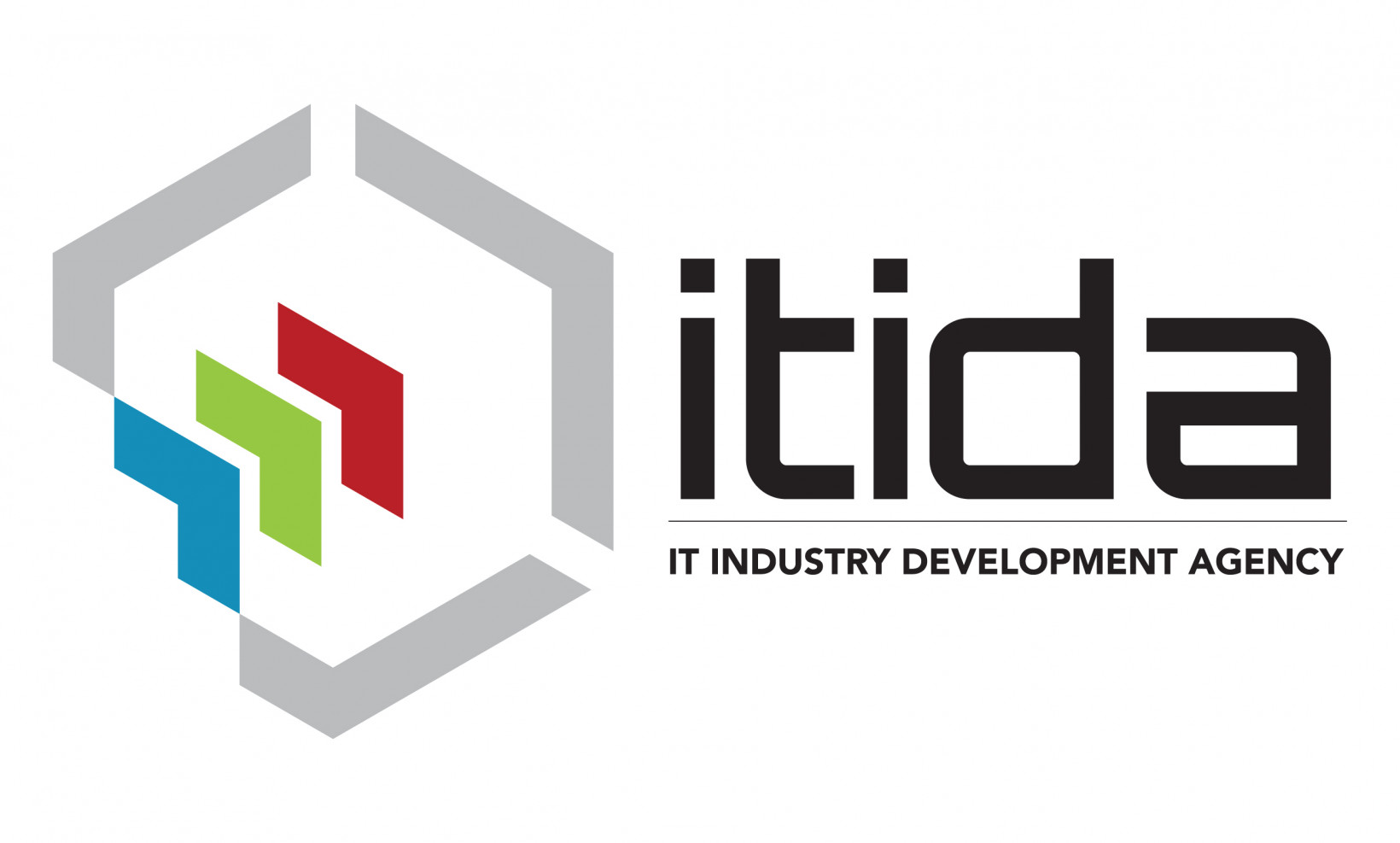