We’ve written about the business benefits of stickers and of the (increasing numbers of) companies that use them, but now any developer can try their hand at making money from the sale of these gigantic-emoticons, thanks to Israeli startup Scringo.

Scringo, which raised $700,000 in venture capital funding this March, is adding sticker packs and a sticker shop to its existing app development platform. The startup’s service lets developers create apps and games at speed, and Scringo co-founder Ran Avrahamy explained the thinking behind this latest move to TNW:

Every game and app can be thought of like a social network. Apps have users who share things in common, based on that there is a community to be engaged with and users have a reason to communicate with each other.

We also quickly understood that stickers are an excellent source of revenue, but also a surefire way to boost user retention. And this is exactly what mobile developers are looking for in today’s competitive market.

Developers don’t have to charge for stickers, Avrahamy explains, since they could be used to drive engagement and promote a sense of community among an app’s userbase.

Either way, they are easy to add. Developers who have downloaded and installed the Scringo SDK simply head to the new ‘stickers’ section in the client dashboard. There they will find three ready-made stickers packs awaiting them, but they can easily customize and create their own — and then either give them away or sell them within the app.

Avrahamy says the design of stickers is up to each developer to manage, but Scringo will moderate the content to ensure against copyright and piracy issues. 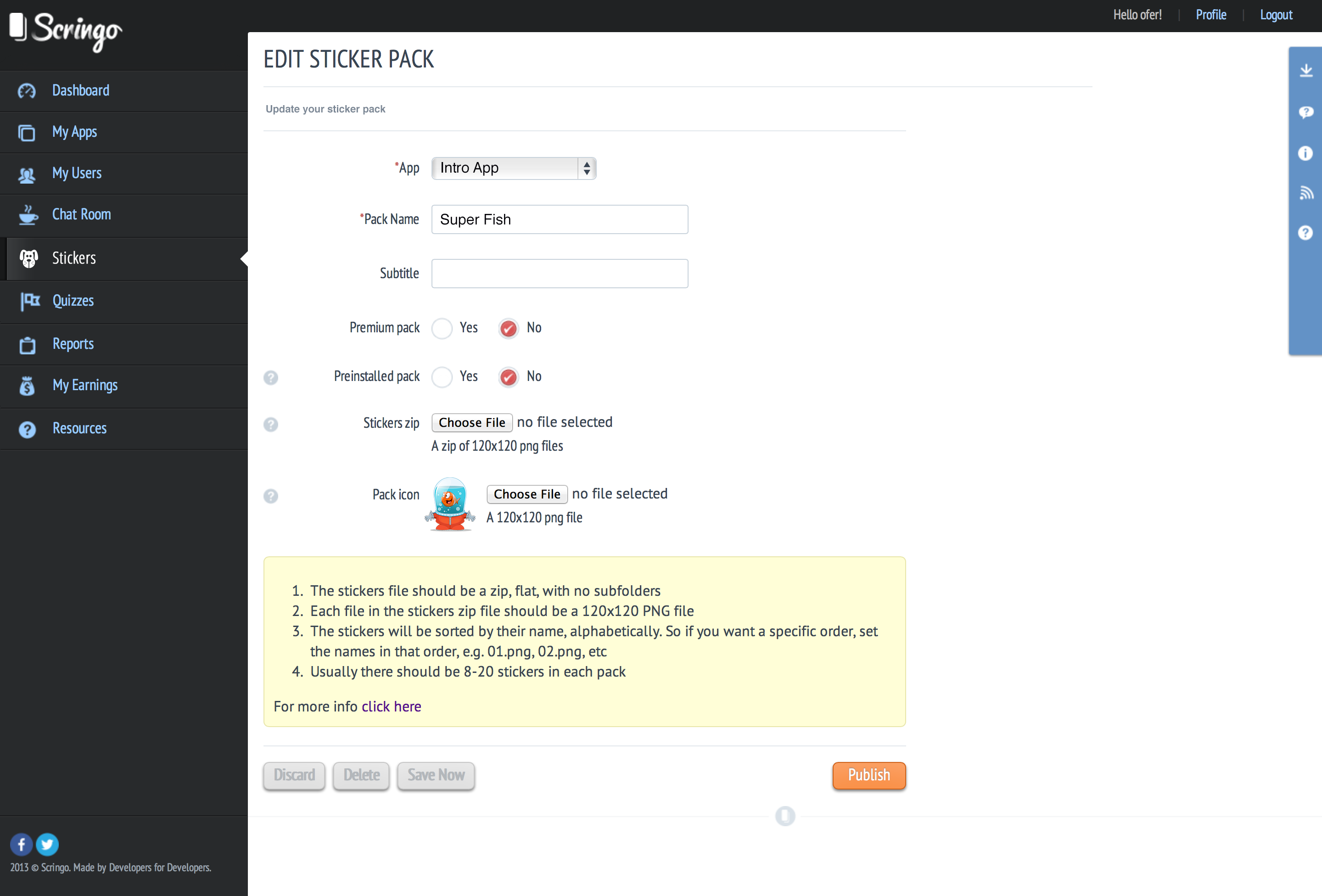 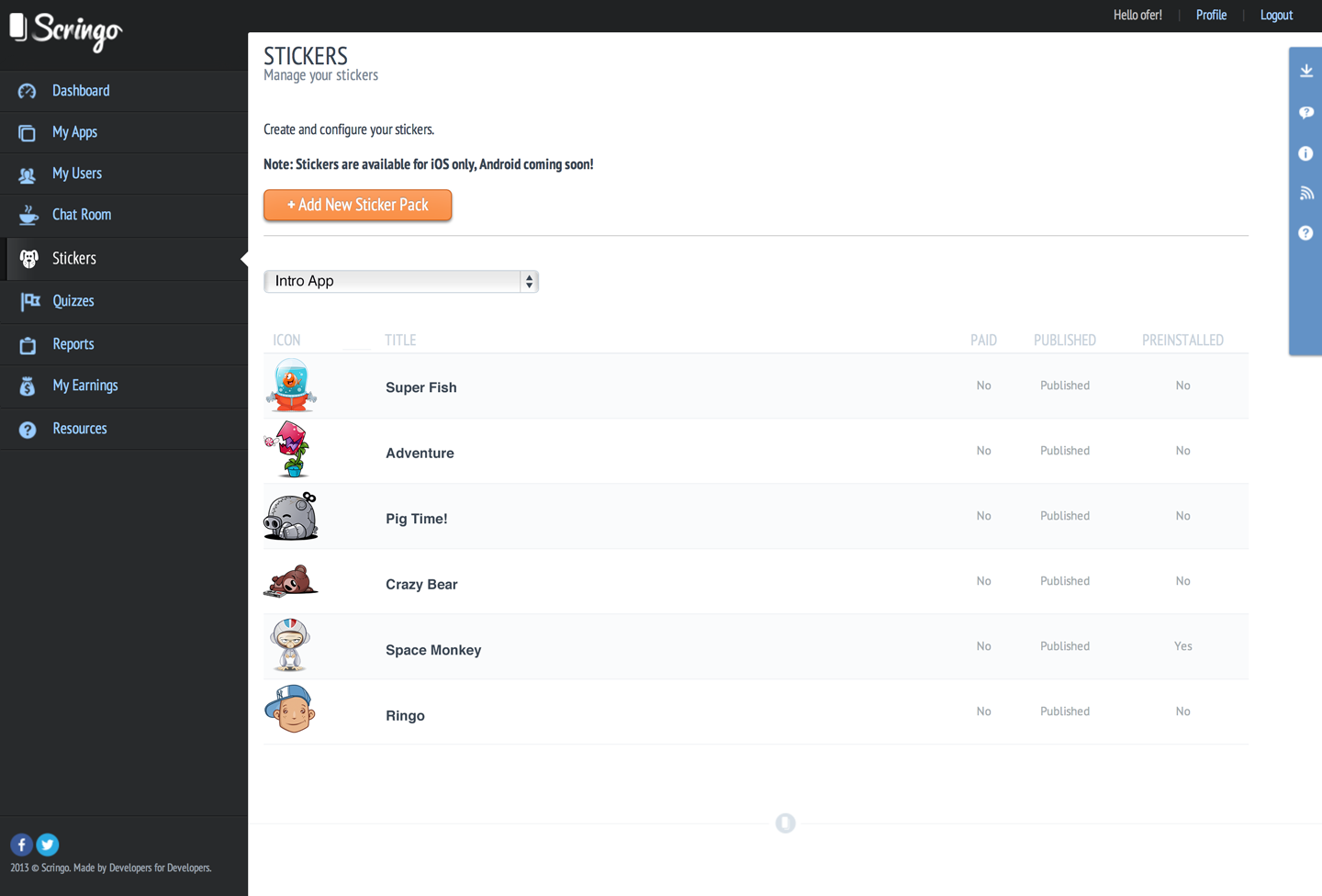 To date, Scringo has been used to develop more than 1,000 apps. It’s not hard to see how it is attractive to small, resource-strapped teams or less tech savvy folk, but Avrahamy says Scringo-powered apps also include offerings from unspecified NFL teams, musicians and “big games” which he is not at liberty to name.

Scringo will take a 30 percent cut of all sticker revenue sold via the apps, in addition to ongoing subscription cost of the SDK. The stickers option is live for all iOS apps and will come to Android soon.