Remember when Kanye West said his new album, ‘The Life of Pablo’ (TLOP) would “never, never be on Apple?”

So, about that… it’s now on Apple Music and Spotify.

After its release, users clamored to Tidal to hear the new album, a move that pushed Tidal’s mobile app to the top of the iOS charts. Of course, most of those users weren’t paying for the service either — Tidal gives new subscribers 30 days free, plenty of time to listen to TLOP before bolting for your music service of choice.

If that wasn’t enough, Jay Z and co. extended that introductory 30 day period by another 30 days after Kanye started adding and changing tracks on TLOP.

The move paid off huge for Tidal. The company claims 250 million people streamed TLOP within the first 10 days of its release. Of course, the move also led to some significant pirating of the album being that you couldn’t, you know, actually buy it anywhere — but you could stream it in some rather odd places.

With Kanye taking his talents — or at least his album — to Apple Music and Spotify, is this when Tidal finally spirals into its long-predicted free-fall? I guess we’ll have to wait and see. 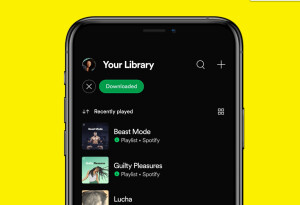