This article was published on November 11, 2014

The Honor 6, whatever a press release or standalone brand page may tell you, is a Huawei device.

The phone shell itself won’t give many clues either, it’s simply branded as ‘Honor’. But open up that box and look at the cables or charger and you’ll find the true device maker’s brand. Actually, if you look really closely at the back of the phone you can make out the words “powered by Huawei” displayed faintly at the bottom.

The reason for the new branding in Europe is obvious: Huawei isn’t exactly a household name here. Sure, if you’re even a little bit into tech, you’ve probably come across the Huawei Ascend P7, or its predecessor the P6, but most people haven’t. So the company isn’t losing much by branding this or any future devices differently – plus, as Honor is already an existing brand in some parts of Asia, so some people will already recognize it here.

It’s not replacing Huawei’s smartphone brand in Europe though – it’s being positioned as a responsive ‘by the people, for the people’ brand that will make changes based on user feedback. I’ll believe that one when I see those changes happen. Consider it a bit like the OnePlus brand, but with a huge company behind it.

Brand postioning and go-to-market strategy aside, what really counts is whether the Honor 6 delivers on experience and functionality. At £250 from Amazon, it’s certainly not the most expensive handset going, but it’ll need to be better than the considerably cheaper, but great value-for-money Motorola Moto G and a few other notable contenders at a similar price, like the OnePlus One.

The Honor 6’s design is unlikely to blow you away, unless you happen to like large, anonymous-looking rectangular slabs of glass.

However, that’s not to say it’s ugly or cumbersome – it’s slim, light and completely inoffensive. If you’re a fan of polished black plastic, you’ll be pleased with the back of the phone too. There is a very faint pattern on the rear that is just about visible, but you have to look really, really hard to spot it.

The first thing to strike me about the Honor 6 hardware is how light it is; at 130 grams, it’s on par with others like the Nexus 5 or Galaxy S4, both of which also have 5-inch displays.

The 5-inch 1080p display offers 445PPI (pixels per inch) too, which again puts it exactly level with last year’s Nexus 5 but slightly behind the Nexus 6. The iPhone 6, for comparison, offers a 1334-by-750-pixel resolution 4.7-inch display at 326 PPI, and weighs one gram less. It’s worth keeping in mind here that it costs half as much (or less) than some of these devices, though.

On the right side there’s a power button, volume rocker and pop-out cover that protects the SIM and microSD slots. And that’s it, there are no other hardware buttons – just a micro USB port for charging on the bottom and a headphone socket on the top.

The Honor 6 has a reasonably slimline bezel, which help keep the overall dimensions of the phone down. The display has an anti-fingerprint coating too, but this didn’t seem to make much difference in my testing.

Riding the current selfie trend, there’s a 5-megapixel camera on the front of the phone, and a 13-megapixel affair on the rear for photos that don’t include your face.

One thing that I didn’t particularly like is the speaker placement: there’s just a single one on the rear, which is often covered if watching a video. The other downside of rear-facing speakers is that it encourages you to get into the habit of placing your phone face down, although this shouldn’t be a problem with the Honor 6’s Gorilla Glass screen.

Other key specs include an Octa-core processor (a 1.3GHz quad-core paired with a 1.7Ghz quad core chip), 3GB RAM and 16GB of internal storage, although this can obviously be expanded via that previously mentioned microSD slot, with cards of up to 32GB.

The overall impression left by the design is a feeling that the designer probably had an iPhone 4 or Xiaomi Mi4 somewhere close to hand, which isn’t necessarily a bad thing, just a little uninspired.

Under-the-bonnet the Honor 6 arrives running Android 4.4.2 Jelly Bean, so it will be functionally familiar to users of Google’s mobile OS; there’s still your pull-down notifications and all the other Android goodness you’ve come to expect (including all the usual Google services pre-loaded).

However it’s also as different as it is familiar – Huawei has put its own special tweak on the Honor 6 with its Emotion UI, which moves a few options around. For someone new to Android, this won’t make any difference (as there’s nothing to compare it to) but if you’re a seasoned Android user, you’ll need to relearn a few things.

Most likely, you’ll find the complete absence of an app drawer a bit of an annoyance, unless you’re ultra-tidy with your home screens. With the Honor 6, you’ll have little choice here. If you can live with that though, you can probably live with the rest of the Emotion UI tweaks, and it’s easy enough to switch between different themes on the handset. Although it doesn’t arrive running the very newest Android OS, it can probably be forgiven at its price-point.

As well as changing some of the layouts, Huawei’s software tweaks also include things like an ‘ultra power saver’ and ‘screen saving’ modes for additional battery life. Te latter promises a fairly substantial extra 20 percent, as long as you can live with the warning of degraded image quality. Switching the feature on and off results in a mandatory reboot each time, which felt a bit Windows-esque. It also comes with the Swype keyboard pre-installed.

In my testing, streaming Netflix burned through about 10 percent of the battery in about 30 minutes, but as ever, your mileage will vary depending on what you use the phone for and which settings you have switched on. In this case, screen brightness was set to maximum and volume was set at just above 50 percent.

Huawei, however, seems to think you can get two days of normal use out of the Honor – and you may well, if you switch virtually everything off. But then that’s not really ‘normal use’. In our testing, the Honor 6 is still very much a ‘charge every day’ phone when not using one of the special battery settings.

While you clearly can’t sit around watching movies on it all day long, the Honor 6 will get you through a day of mixed use. A few calls, emails, messaging and music – none of which should present too much of a problem. And if you want to eke out a little more time, switch off Bluetooth, Wi-Fi, GPS, and turn the screen brightness down for extra longevity.

In use that rear-facing speaker failed to win me over. It’s certainly good enough for occasional usage, but it can’t really compare to the dual-speaker set-ups of handsets like the HTC One M8, or even the new Motorola Moto G.The Honor 6 is loud enough, but not of particularly great quality.

On the positive side though, the Octa-core processor kept everything ticking over smoothly – I didn’t experience any significant lag when switching between apps or playing games like Asphalt 8.

With a £250 smartphone, compromises have to come somewhere – and with an Octa-Core processor and crisp full HD display – the only other place to significantly cut-back is the cameras.

However, it seems Honor didn’t get this message and you’ll find a respectable 13-megapixel sensor on the rear and 5-megapixel forward-facing option for videos and selfies. 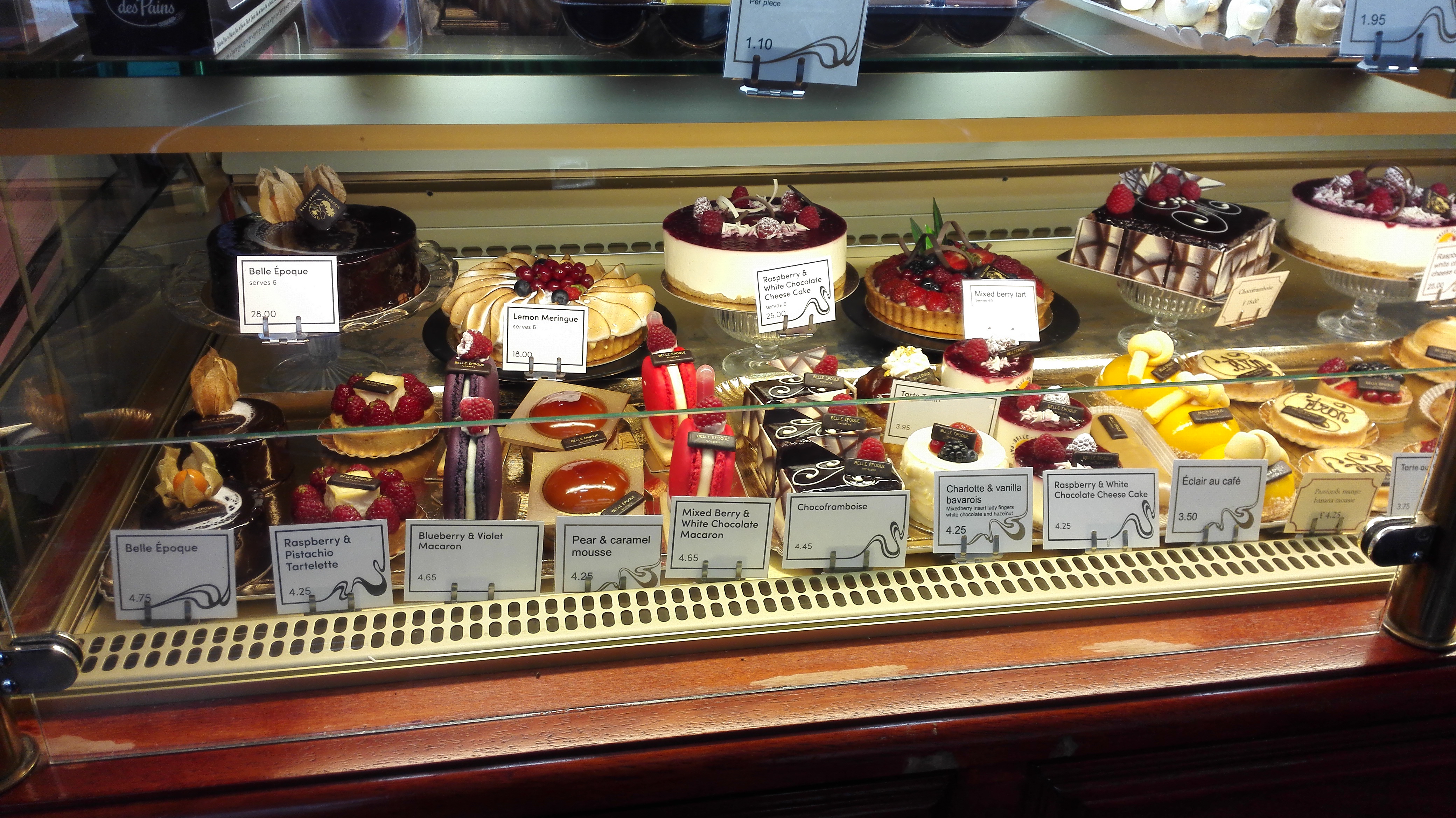 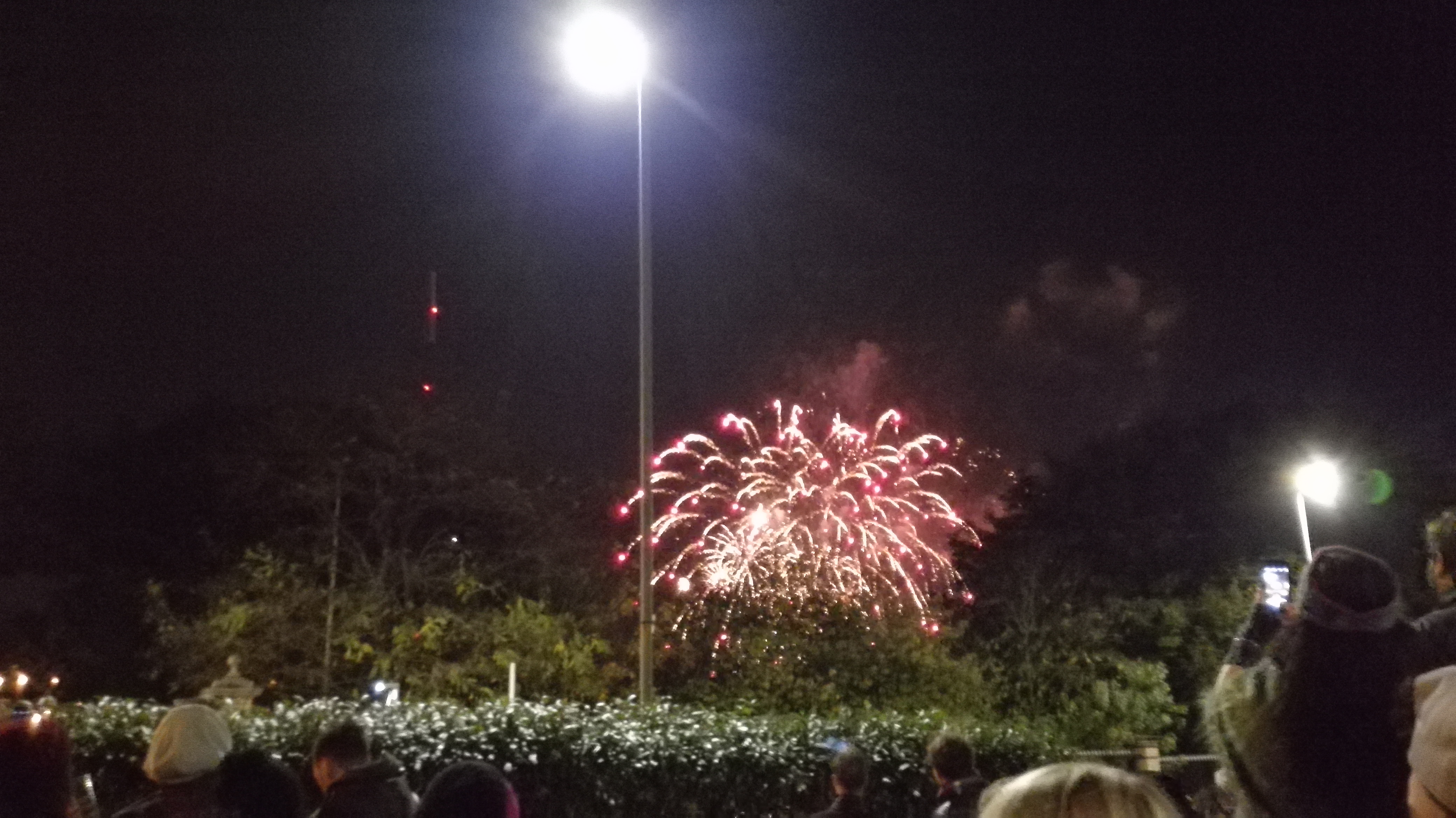 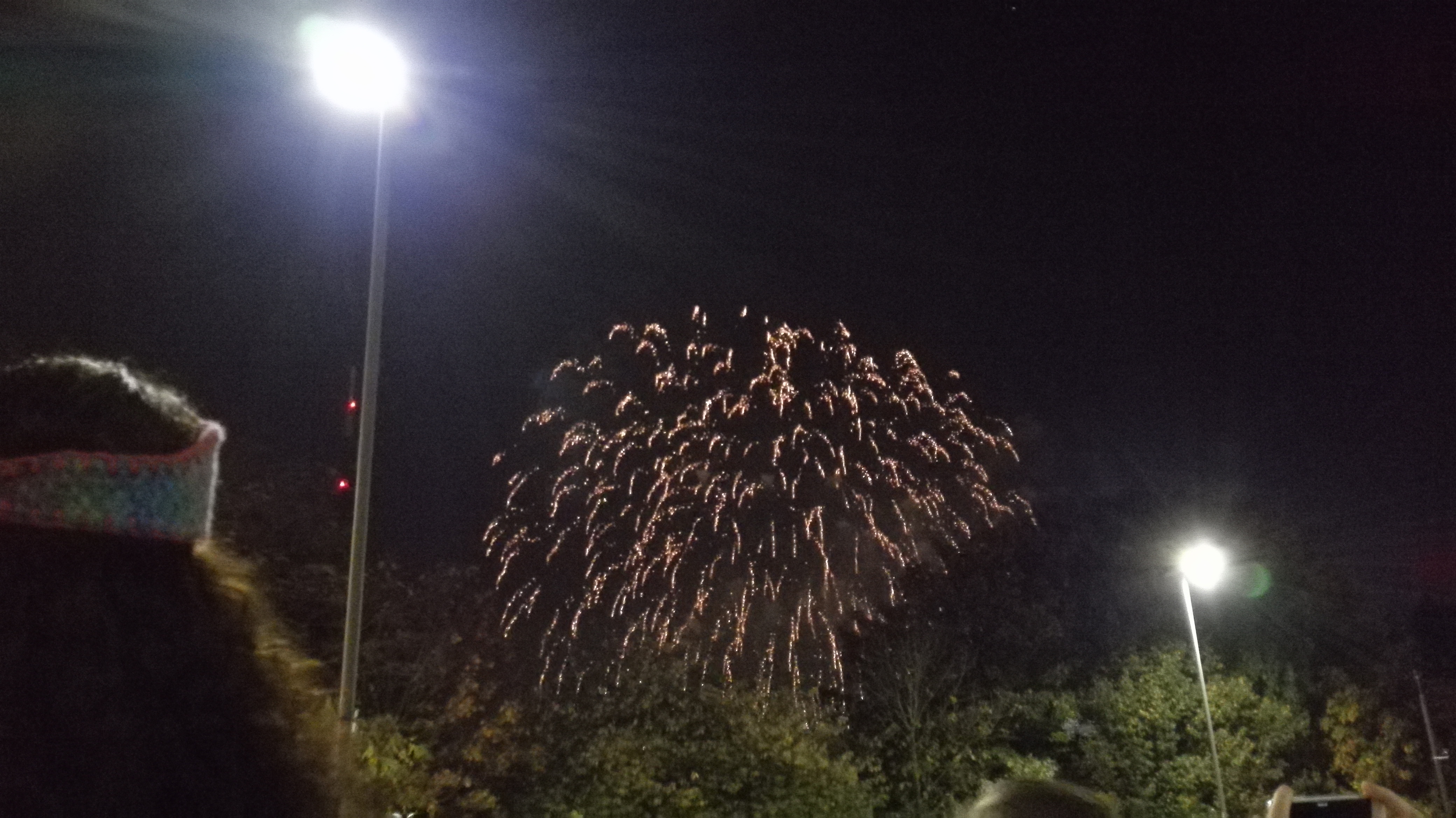 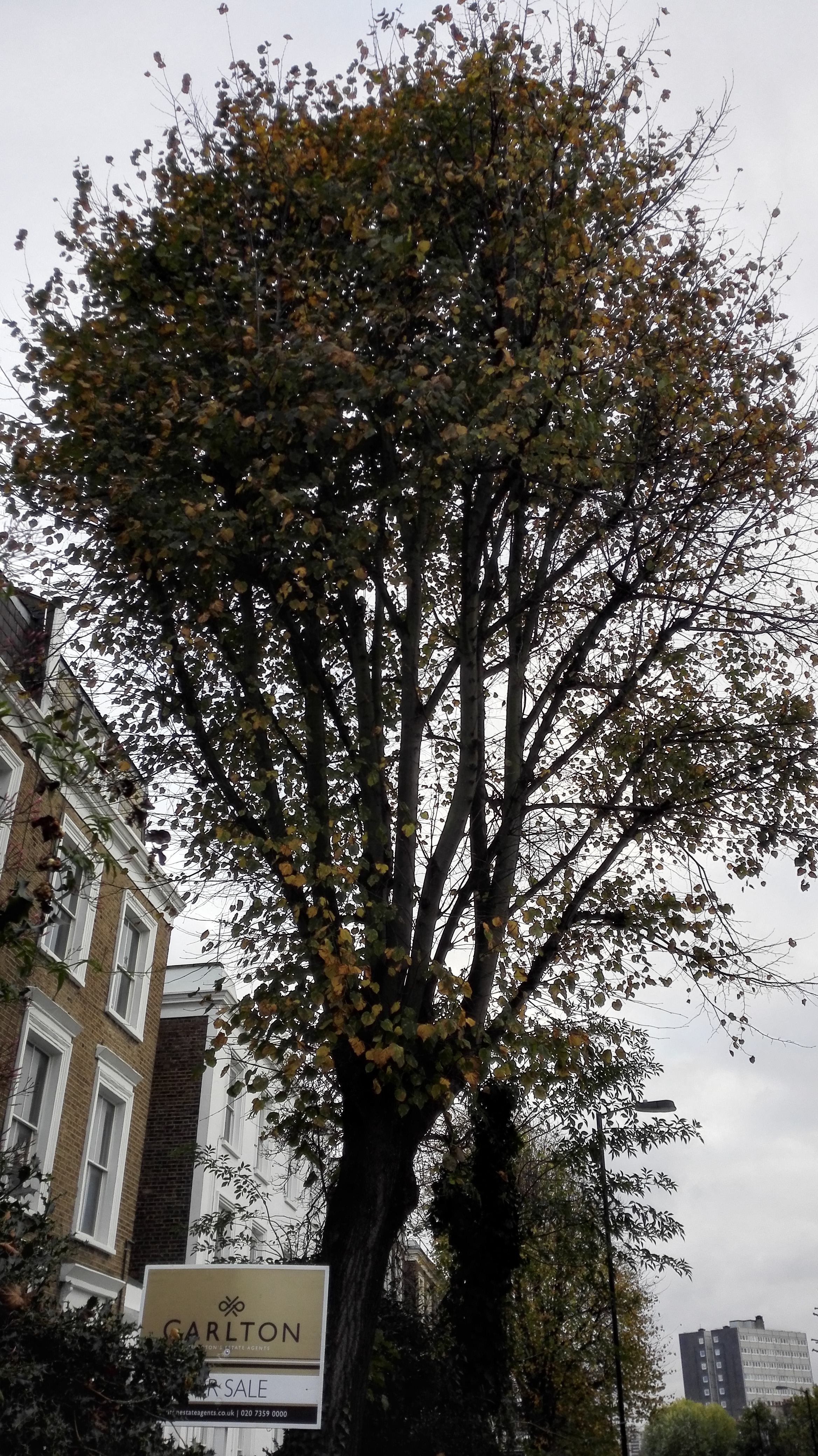 In my testing, the Honor 6 didn’t do a great job with extremes – the shadowy or particularly bright aspects of a scene were often left looking a bit undefined or a bit overblown. In the image of a tree above, for example, you lose any definition of the tree itself to the shadows. The color balance also seems a little on the cool side here.

As with many smartphones, the Honor 6’s camera performs best in a nice bright setting. Take it into dingier surroundings and things will start to get grainy pretty quickly. Take it out at night to a fireworks display, and you may well be disappointed if you look at the resulting full-size images up close.

While the quality of the images didn’t blow me away, the Honor 6 does at least take the pictures quickly enough, so you shouldn’t be left standing around waiting for it to capture a shot after you press the shutter button.

One thing I found was that due to the lens’ placement at the very edge of the handset and reasonably slim bezels, it was quite easy to ruin a shot with a tiny bit of my finger overlapping the sensor. I also miss having a hardware shutter button, but this isn’t specific to the Honor 6.

In terms of camera software, the Honor 6 strikes a balance between providing an extensive range of options that let you tweak to your heart’s content and leaving it as completely stock Android. This means that you get a few different options to play around with, and they’re all easy to play around with and apply, but that you won’t see the same range of filters or options as you do on a Lumia or Galaxy handset.

A bargain, or just another mid-range phone?

It’s hard to really find too many serious faults with the Honor 6. Admittedly, I’m not a huge fan of the software tweaks and removing the app drawer is made more irritating by the sheer volume of pre-installed services and shortcuts, but for £250 the Honor 6 packs some pretty impressive hardware, whatever the brand on the back. Plus, you can always easily change the look of the UI with a launcher app.

The camera performance was distinctly middle-of-the-road, unless you’re a huge fan of selfies, in which case you’ll probably appreciate the larger than average megapixel count on the front of the phone. While the quality was certainly acceptable for quick snaps, it wasn’t anything to shout about. There are, however, a few easily applicable filters and effects for videos and photos.

Perhaps my biggest complaint for a handset with no real deal-breakers is its general blandness. It’s not thick, nor the thinnest; it’s not heavy, nor the lightest; and it’s not expensive, nor the cheapest.

In a market that thrives on the definitives of ‘fastest’, ‘lightest’, ‘cheapest’, the Honor 6 fails all around – but as an Android device with specs that punch well above its weight, it’s hard to ignore.