A study just released by an intergovernmental group has found that using an e-scooter is no more dangerous than cycling.

The study, from intergovernmental organization the International Transportation Forum (ITF), says fears over e-scooter safety “have been exaggerated.” What’s more, the ITF says that if alternative forms of transport like bikes and e-scooters get people out of cars it will make the roads safer further still.

Figures cited by the ITF suggest most (80%) fatal e-scooter and bicycle crashes involve a motor vehicle (car or motorbike) too. A trip by car or motorbike is more likely to result in the death of a road user than if you traveled by ebike or on an e-scooter that’s restricted to a maximum speed of 15.5 mph (25 kph).

As such, the ITF is calling for a “mode shift” to micromobility solutions to improve the safety of roads. In other words, it wants more people on e-sooters and bikes.

Cars are the real danger

Based on the ITF’s findings, the real issue with road safety is cars — which isn’t entirely surprising.

When a passenger car is involved in a fatal road traffic collision, that fatality is most likely to be another vulnerable road user and not one of the car’s passengers. However, when pedal cycles and standing e-scooters are involved in fatal road collisions, the fatalities almost always occur within those two user groups.

Cars cause injury to and are highly dangerous to other road users, while e-scooters and bicycles pose little threat to others.

The ITF has made a number of suggestions to make the streets safer for micromobility users. These include regulating micromobility services as bicycles to not stifle development, and providing users with protected space, like bike lanes.

Researchers also suggest that specialized training for car, bus, and truck drivers on how to deal with micro-vehicle road users should be made mandatory.

The ITF is also putting pressure on e-scooter companies too, suggesting that their designs can still be improved.

Indeed, e-scooter companies have come under scrutiny in recent months following a number of casualties where victims had been riding stand-on two-wheeled devices.

Duncan Robertson, UK general manager for e-scooter sharing platform Dott, told TNW that they are continually developing their devices in the name of safety.

“Since the beginning our scooters have larger wheels, wider decks, lower center of gravity, and dual braking to maximize safety for riders,” he said. “We limit scooter speeds in parks and areas where pedestrian/scooter interaction is high.”

What’s more, Robertson said that Dott was the first provider to package third-party liability and personal injury insurance in France, Belgium, and Italy. Out of more than 2 million riders, Dott said it’s had 14 claims.

It should also be noted that e-scooter platforms usually don’t provide safety helmets for users. Some studies have found there to be a significant number of head injuries sustained by e-scooter riders. Whether wearing a helmet actually makes cycling or e-scooter riding safer though, remains a contentious debate.

The news that e-scooters are no more dangerous than bicycles might then come as good news to some e-scooter advocates. However, it certainly shouldn’t be considered a victory by any means.

Cycling in cities around the world, where cars still make up a majority of road users, is still one of the most dangerous forms of transport.

According to UK Department for Transport figures, in 2015, around 1,000 cyclists were killed or seriously injured for every billion miles collectively traveled in the country. When concerning car drivers, that figure falls to well under 100 per billion miles.

Sadly, the case doesn’t appear to be improving either. In 2015 in the UK, the risk of sustaining serious injury whilst cycling was 17% higher than 10 years earlier.

It doesn’t have to stay that way, but positive change will need a variety of industry players to work together. It will require policy-makers, infrastructure designer, device developers, and service providers to collaborate to develop a solution. 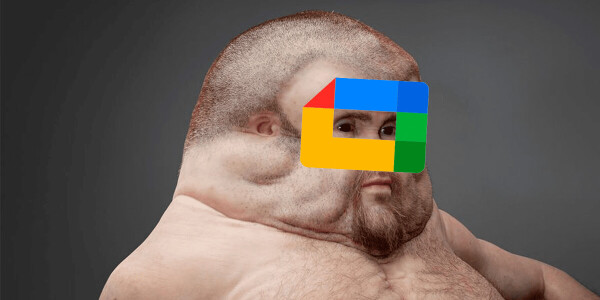