Now that 2011 is behind us, the new year allows for new players to step into the startup game with brand new ideas and visions. Even though companies like Facebook, Apple, Twitter, and Instagram had massive success last year, there are still areas that are just begging for a tech makeover.

Some of the innovation will most certainly come from giant companies with a lot of money to spend and huge teams, but I think we’ll be surprised by how many smaller startups will take on big problems in 2012.

If I were working on something new, these are the areas I’d hone in on with laser focus. 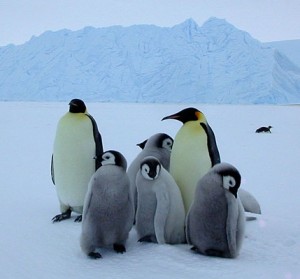 Path tried to set the world on fire last year with its app that allows you to interact with under 150 people. It’s the anti-Facebook, if you will. With version 2.0, Path is closer to creating an experience that I believe more people will want to participate in this year, but the companies mobile-only approach is leaving a lot of opportunities on the table. I’d love to see a few other teams try to tackle this concept using the web, since it’s a clear path to bringing in mainstream users like Mom and Dad.

Google is on to something with its “Circles” concept for Google+, but it’s difficult to escape the feeling that you’re on a platform with millions of other people. A simple and personalized web-centric alternative to Path could really make private social networking hot in 2012. What Path is lacking though is the feeling of collaboration that is commonplace in a small circle of friends or family members. The app is still focused on the concept of the stream, and I’d like to see someone else take a different approach. 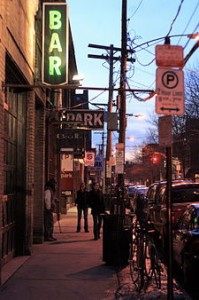 Look for the local boom to hit us at some point this year. With apps like foursquare and Facebook letting us share our locations and interact with local businesses, there is still an opportunity for someone to build a platform that is made only to interact with your favorite coffee shop or restaurant.

Imagine being able to know things about a restaurant in real-time, like how many people are there, what the specials are, and even what waiters and waitresses are working that night. Making your customers feel like they have insight into how you operate will build a better relationship with them and keep them coming back. 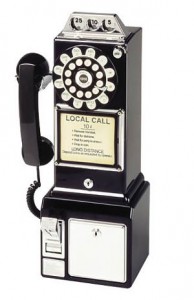 Everyone jokes about how we don’t use the telephone anymore, and it’s not because we don’t like to talk to people. The lack of innovation when it comes to telephony is absolutely shocking. The hottest thing to happen to the phone in the past 5 years was visual voicemail from Apple. There are companies working on re-imagining our experiences on the telephone already, but this is something that will be on fire in 2012. Skype gave us VOIP for computers, added some video, and that’s about it.

In the near future, we should be able to engage in synced gaming, note-taking, and other interactions while we’re on the phone. If you’re an AT&T user, you know how great it is to be able to check your email or the web for something while you’re talking on the phone. Sorry Verizon customers. This type of interaction needs to be made easier, and you should be able to challenge someone to a game of Angry Birds right in the middle of a conversation.

The technology is there, it’s time to innovate. 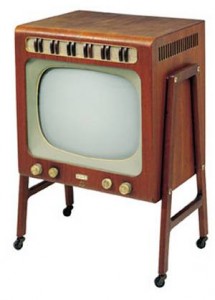 The various hacks for Apple TV have me excited about the future of the television. This innovation is Apple’s for the taking, but with the potential for a fully interactive TV from Apple, comes a whole new platform for developers to build on.

Start thinking about what apps you’d like to have open while you’re watching TV or a movie. Text messages, incoming phone calls, email, Tweets, and live chat are the easy ones. But if you think about all of the data on the web that can be pulled into a broadcast contextually, the possibilities are absolutely mind-blowing. I’ve played around with Google TV, and its widget approach is just not going to do it. A seamless interactive experience on the television will surely be ours by the end of 2012. 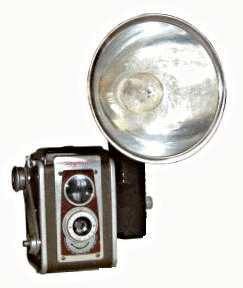 Don’t run away, developers. Instagram doesn’t own the universe yet. There is a lot of room for innovation when it comes to photography on mobile devices. While Instagram has built a fantastic community around streams of photos with filters, there are sure to be more things to do with photos.

I’d love to see developers that use photography for do-it-yourself animation or do smarter things with the meta data stored with your photos. For example, Apple’s Camera Roll could surely use its own refresh. It tells me nothing about my photographs. I’d also like to see apps that help me stitch together similar photos based on colors or objects in them. Again, the technology is there, but hasn’t been put to full use yet.

These are the areas that I see the most room for improvement and innovation in 2012. The platforms are there, technology is there, and the talent to build great things are most certainly there. It won’t be the big companies that wow us in 2012, it’ll be the smaller teams who eventually build something focused and user-friendly that will.

What areas do you feel are ripe for innovation this year? Tell us in the comments.