In front of a packed house in Shoreditch House, London-based 7digital made a number of announcements last night that looks set to get the digital music provider’s 2012 off to a flyer. 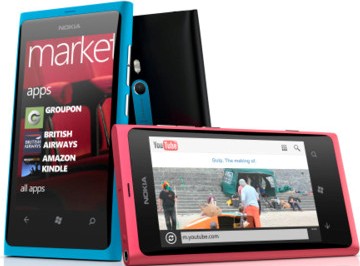 First up, 7digital announced a Windows Phone mobile app, which will see the service arrive on what is likely to be a key emerging mobile platform from next year. It will be rolled out across Microsoft’s new range of Windows Phone devices, including the Nokia Lumia series, opening 7digital’s 17m mp3 catalogue to many more millions.

The Windows Phone app will be available in over 35 countries across Europe, the US and Asia. The app will let users:

“We’re continuing to see demand from customers for access to their music on all their devices, regardless of the manufacturer or operating system”, says Ben Drury, CEO at 7digital. “With the launch of our Windows Phone app, we’re continuing to work towards the realisation of our vision to provide anytime anywhere access to music for our customers. 7digital customers now have access to their high-quality music on a whole new range of mobile devices. As well as Windows Phone devices, 7digital is also available natively on the Samsung Galaxy phones and tablets, BlackBerry devices, and can be downloaded as an app for all Android devices.”

The 7digital Windows app uses the Windows Metro UI and is compatible with Windows 7.5 ‘Mango’ OS and above.

The second announcement was that the company will expand its North American operations and open US offices in response to growing business overseas, starting in January 2012.

Leading the stateside effort will be newly appointed President of 7digital North America, Vickie Nauman, who has been serving as Vice President since 2009, just as the company acquired its US and Canadian music rights. Nauman will oversee business development, strategy, partnerships, label relations, and marketing.

“The US market has its own dynamics and needs, and as the digital music market evolves, it’s getting more difficult to find neutral, strategic partners, which is precisely the role we fulfill”, says Nauman. “We have now established a significant number of North American-based clients as well as a growing business selling 320K mp3s on 7digital.com. Everyone wants a best-in-class experience, a complete music catalogue, and a mix of music ownership and cloud-based services, and we are uniquely positioned to deliver this globally.”

All technology and platform operations will remain in the company’s London HQ, and a small team will manage partnerships and business in the North American market. Nauman will be based in Los Angeles, and the team will likely have offices on both the west and east coast.

A potted history of 7digital

Launched in the UK in 2004, 7digital’s download store and mobile applications give consumers access to over 17 million tracks across Europe and North America. The service launched in the US back in 2009, and last week we reported that 7digital is set to power T-Mobile’s Mobile Mall Stateside, giving US music fans access to tracks from the 4 major labels (Sony, Universal, Warner and EMI), as well as dozens of independent labels.

It’s been a busy year for 7digital, as we reported that it had released an Android smartphone app back in May, followed later by a dedicated app for Android tablets, after it had already announced that it was expanding its service into Australia and New Zealand in October.