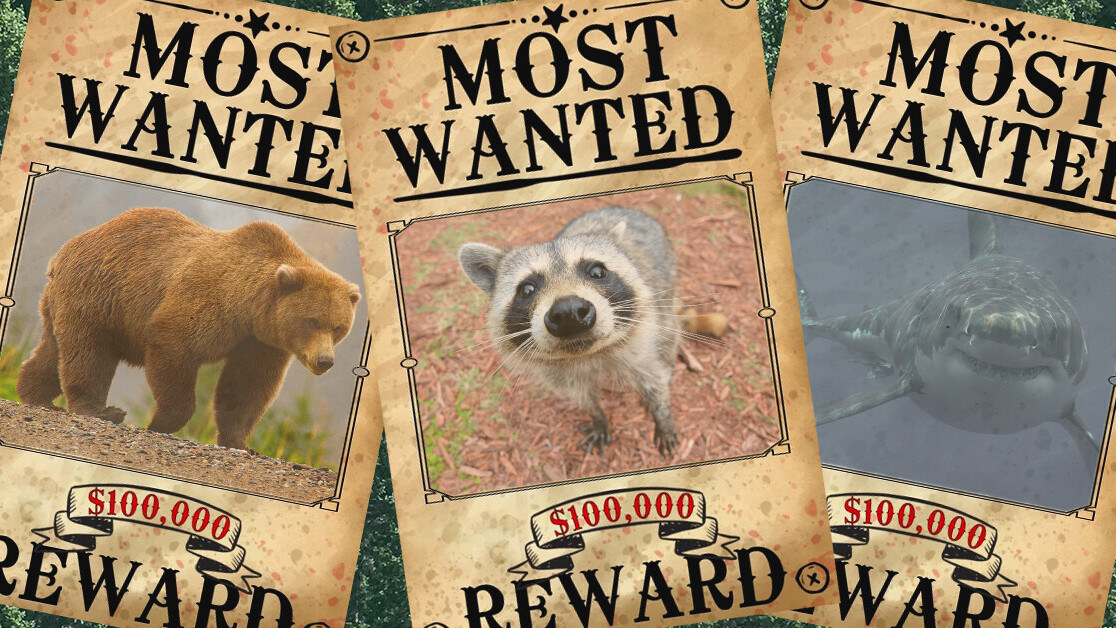 The setup’s hilarious: Two park rangers hiding behind a tree pointing a camera at a bear in the distance so they can use facial recognition software to determine if they’ve actually found the infamous picnic-basket-snatching ursus known as Yogi. But this is no joke.

Research groups across the world are turning to image recognition AI, the same kind used for human facial recognition and identification, to solve problems in the animal kingdom.

Ranchers use facial recognition software to try and track down problems with their livestock – think of it like contact-tracing for cows. And biologists use it to identify primates for a myriad of studies. Most recently, CNN published a story about a group of scientists who’d developed a method for identifying hundreds of individual bears.

So what’s the end goal? Conservation and monitoring, usually. We’re destroying the animal kingdom’s habitat and that’s changed the natural order significantly. The first step toward undoing (or at least stemming) the damage is to gather and parse as much data on the direct effects of climate change and human encroachment as possible. Understanding how individual animals cope would be a step in the right direction.

Unfortunately, the average human can’t tell one member of an animal species apart from another unless they have significant derivation in their physical traits. This makes it hard for researchers to track both the effects of normal human interference and the efficacy of our hopeful interventions.

More importantly, however, it makes it hard for us to hold the animal kingdom responsible for its criminal behavior.

In essence, animal facial recognition systems work much the same as human ones. But researchers don’t have decades of law enforcement photos or trillions of social media accounts to use when they build a facial identification database to train AI to recognize individual animals.

It’s easy to recognize the potential for a non-invasive, hands-off tagging approach for wildlife to be a net positive for the animal world. But what if we turned the idea on its ear and used facial recognition systems designed for animals in the exact same way law enforcement agencies weaponize them against humans.

The idea of a “justice system for the animal world” would have been laughable in any other era. But today’s technology, especially AI, makes it worth at least a thought experiment.

Let’s start by recognizing that the current justice system for animals is as follows: any perceived crime committed by an animal is punishable in any way humans see fit, up to and including death. Furthermore, we wipe out entire generations of animal families for the slightest perceived slight.

See a rat in your basement? It must be time to call an exterminator to track down and destroy every rodent in proximity to your property. Rabbit in the garden? Get the shotgun. This is a reductionist view, but… weren’t we just about to slaughter hundreds of thousands of minks in Northern Europe because some of them might have the coronavirus?

The point is, the idea of animal prosecution sounds like funny overkill (haha, Neural wants to charge animals with crimes!) until you realize it would effectively serve as an animal cruelty prevention measure that counts the lives of armadillos and snakes as equal to those of Labrador retrievers and tabby cats.

How would it work? We install cheap, inexpensive cameras connected to cloud recognition services in places with a history of animal encroachment (or reclamation, as the case usually is) and we digitally label any critters we identify. Later, when we catch them, we deal with them – what that means is likely best served on a case-by-case-basis.

When it comes to direct threats to human health such as mosquitoes or venomous vermin the idea would be less “prosecutorial” and more like an extermination operation, but if you apply it to Great White sharks it becomes an interesting conservation angle.

Historically it becomes open season on sharks any time there’s a coastal attack involving humans and so-called “maneaters.” This means hundreds of sharks, an animal that generally doesn’t attack humans, could be culled to effectively deal with a single offending fish.

This is easier and cheaper than hunting down the one shark that did the damage. But wouldn’t we prefer to just isolate the offending predator instead? If we could wave a magic wand and make it a viable option wouldn’t we want to? AI to identify individual animals, at a large enough scale, could be the magic wand we’re looking for. And not just for punishment, this tech could be used to modify behavior at scale also.

A large contingency of animal biologists are advocates of an evolutionary approach to animal behavior that incorporates “hardcoded” traits such as migration and those learned environmentally such as opening latches or untying knots.

At scale, the ability to influence the behavior of entire animals societies by removing the most curious, dangerous, or unpredictable members of their groups – those that commit ‘crimes’ against humans – could turn out to be a game-changer when it comes to conservation.