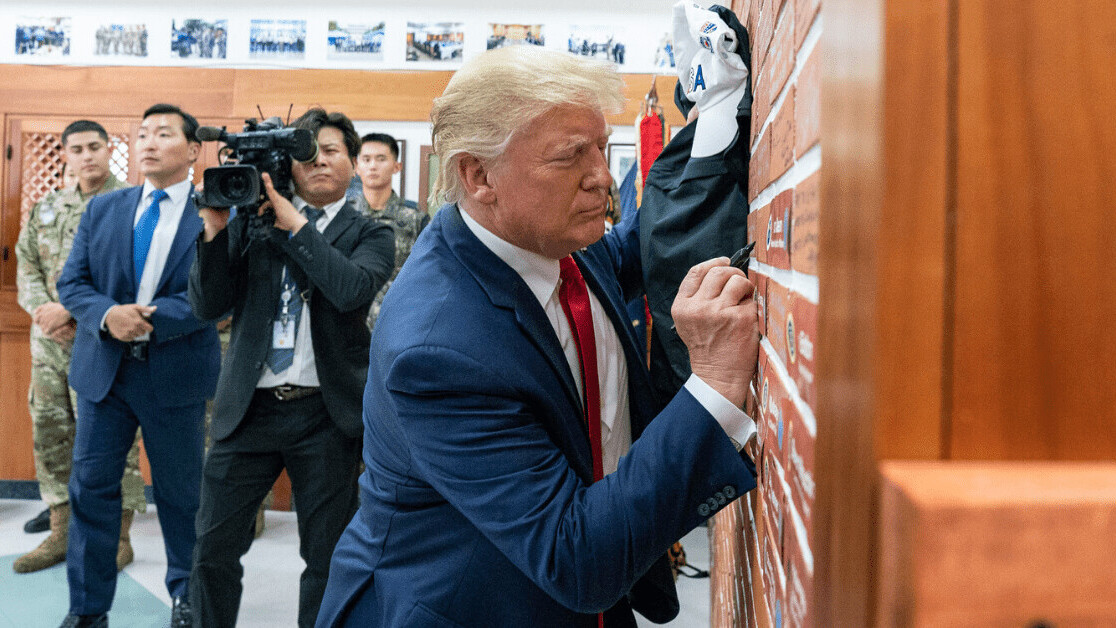 Trump’s xenophobic dream of building a “big, beautiful wall” along the Mexico–US border has moved a step closer to (virtual) reality. The White House just struck a deal with Palmer Luckey’s Anduril Industrial to erect an AI-powered partition along the frontier.

Anduril will install hundreds of surveillance towers across the rugged terrain, The Washington Post reports. The pillars will use cameras and thermal imaging to detect anyone trying to enter “the land of the free” and send their location to the cellphones of US Border Patrol agents.

US Customers and Border Protection confirmed that 200 of the towers would be installed by 2022, although it didn’t mention Anduril by name, nor the cost of the contract. Anduril executives told The Post that the deal is worth several hundred million dollars.

“These towers give agents in the field a significant leg up against the criminal networks that facilitate illegal cross-border activity,” said Border Patrol Chief Rodney Scott in a statement. “The more our agents know about what they encounter in the field, the more safely and effectively they can respond.”

In a description of the system that reads like a vacations brochure, the agency said the towers were “perfectly suited for remote and rural locations” operate with “100 percent renewable energy” and “provide autonomous surveillance operations 24 hours per day, 365 days per year.”

Notably, the towers don’t use facial recognition. Instead, they detect movement via radar, and then scan the image with AI to check that it’s a human. Anduril claims it can distinguish between animals and people with 97% accuracy.

The company is also confident that its system has a long-term future on the border — regardless of who wins November’s presidential election. Candidate Joe Biden recently called Trump‘s wall dream “expensive, ineffective, and wasteful,” but Democrats have also expressed support for a cheaper, virtual barrier.

“No matter where we go as a country, we’re going to need to have situational awareness on the border,” Matthew Steckman, Anduril’s chief revenue officer, told The Post. “No matter if talking to a Democrat or a Republican, they agree that this type of system is needed.”

That’s more good news for Anduril, which this week saw its valuation leap to $1.9 billion after raising a $200 million funding round.

The company was founded in 2017 by Oculus inventor Palmer Luckey. After he sold the VR firm to Facebook for $3 billion, Luckey was reportedly ousted from the social network for donating $10,000 to a pro-Trump group so it could spread memes about Hillary Clinton.

Anduril is also backed by another of Trump’s big buddies in big tech: billionaire investor and former PayPal founder Peter Thiel — who promises he’s not a vampire.

However, even Thiel is considering ditching his increasingly deranged and racist President. Perhaps the nice big cheque for Anduril will get him back onboard the Trump Train.