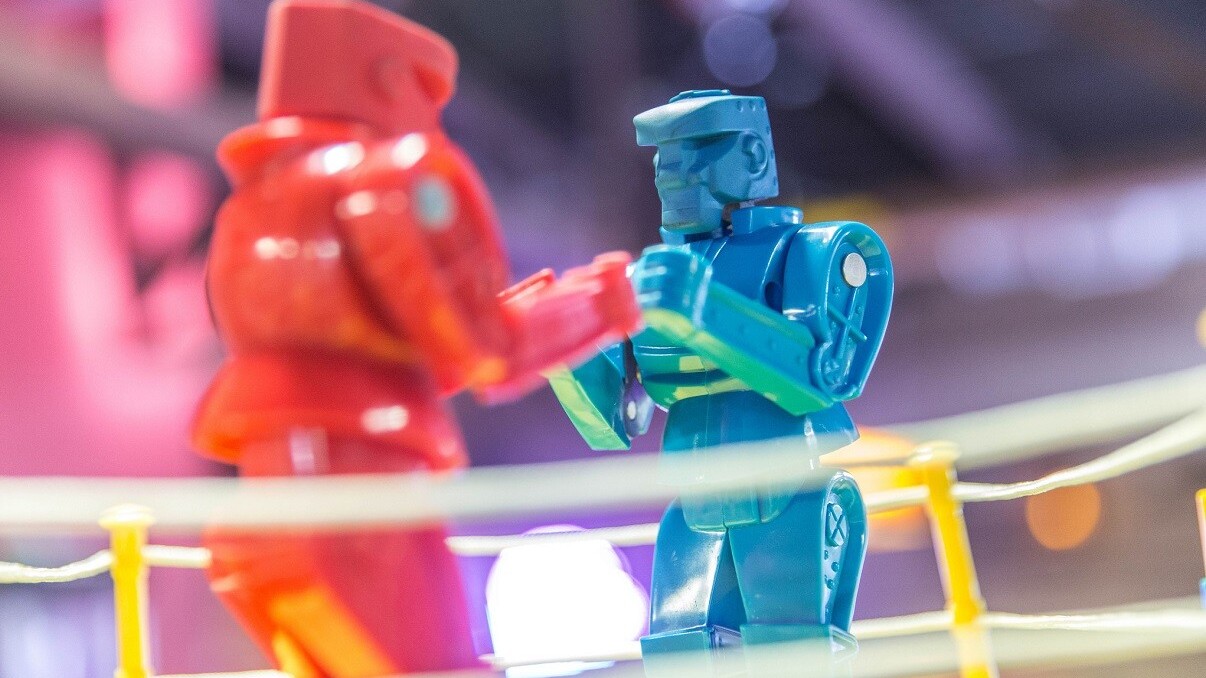 Naturally occurring violence in the animal kingdom has fascinated scientists, military strategists, and stoned people watching the National Geographic channel for as long as humans have been observing it.

Understanding these systems – how and why animals fight – helps us to work out theories about the evolution of species. On the grand scale, it’s fairly easy to theorize that big critters, such as great white sharks and lions, eat little critters that can’t get away. But our theories become less certain when we’re dealing with less cut-and-dry displays of aggression.

We can assume a duel to the death between a shark and a seal will always end in either the seal’s death or escape – unless we postulate the shark is elderly and has a serious heart condition. But what happens when a seal fights a seal or a shark fights a shark? And, more importantly, in species that do regularly duel, how does the way these duels play out effect “survival of the fittest” and the evolution of that species?

Researchers from New Zealand and the US recently conducted a series of experiments using “cybernetic combatants” (StarCraft units) as a proxy for biological gladiators. They were trying to determine what role duels play in the evolution of “extreme weaponry.” Per the team’s research paper:

A current evolutionary hypothesis predicts that the most extreme forms of animal weaponry arise in systems where combatants fight each other one-to-one, in duels. It has also been suggested that arms races in human interstate conflicts are more likely to escalate in cases where there are only two opponents. However, directly testing whether duels matter for weapon investment is difficult in animals and impossible in interstate conflicts.

In other words: it’s really hard to study one-on-one animal violence at a scale that’s big enough to provide a representative amount of data. There’s ethical reasons against it: forcing animals to fight is an illegal practice in most civilized countries because creatures such as dogs and roosters can’t consent to such activity and don’t normally hold gladiator matches in the wild.

And there are also scientific reasons against creating animal-world pit fights. For starters, we can’t go around starting fights or forcing animals into situations where they’ll fight if we want to learn anything. If we’re altering the natural path a subject would take, we’re no longer studying evolution. And there’s little to be learned about a species if we only look at the data relevant to a single DNA iteration.

However some species do have a natural habit of fighting to the death in one-on-one battles – humans are one of them. Some creatures have duels for social or non-explicit reasons, such as when bucks lock antlers to determine mating status or nematodes rip each other apart just because they can. And others fight to the death for territory or food – spiders and pumas, for example. But these kinds of duels tend to be the exception in nature.

The reason it’s important to understand these systems is simple: the more we understand how arms races work, the better we’ll be able to understand the limits of binary thinking. As anyone who’s seen the classic 1983 film “War Games” knows, the only way to win an arms race is not to play the game.

Humans went from smacking each other on the heads with sticks to mutually assured destruction via global thermonuclear detonation in a relatively short amount of time, so we’re not a very good test case. Also, we don’t tend to glorify one-on-one death matches anymore.

The researchers used StarCraft to get around this problem. The real-time strategy game is popular among AI researchers because, just like AI models, you can tweak the game’s units’ parameters and then run simulations until your heart’s content.

To test out the evolutionary theory that duels play a significant role in how animal species evolve natural weapons, the team gave certain units combat advantages. According to the researchers:

We found that combatants with experimentally improved fighting power had a large advantage in duels, but that this advantage deteriorated as the complexity of the battlefield was increased by the addition of further combatants.

This indicates, experimentally at least, that the underlying binary systems responsible for such evolutionary paradigms are severely limited in their ability to influence outcomes beyond the individual level. In other words: individual units with superior weaponry found their advantages nullified once duels became multi-front engagements. The researchers believe this systemic review could provide insight in myriad related domains:

Because our results arose in a non-biological system, they suggest that duels may feed arms races not only in the context of exaggerated weaponry and animal contests but also in other systems as well. These might include evolutionary arms races such as those between parasites and hosts, or arms races in non-biological systems such as human technology, business, military escalation, trade wars or cyber warfare.

It’ll be interesting to see where this research goes. We live in a world where everything is an arms race and success is measured at the individual level. This forces us into a binary “first or last” model where the impetus is on finding the fastest solution to any given problem, not necessarily the one that provides the greatest good.

Maybe it’s time to shift our collective focus away from building the next bigger, better, binary machine and into developing quantum computing systems that can see solutions humans and classical AI can’t.