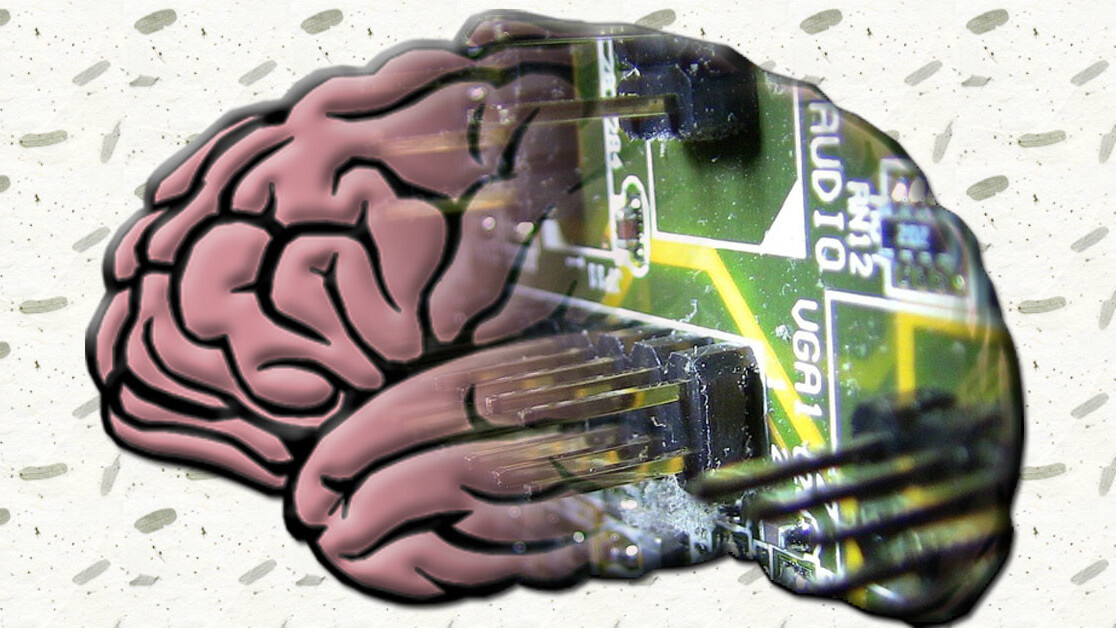 Researchers from Carnegie Mellon and the University of Pittsburgh today published research showing how they’d solved a frustrating problem for people who use a brain-computer interface (BCI) to control prosthetic devices with their thoughts.

While the research itself is interesting – they created an algorithm that keeps the devices from constantly needing to be re-calibrated to handle the human brain’s fluctuating neuronal activity – the real takeaway here is how close we are to a universal BCI.

BCIs have been around for decades in one form or another, but they’re costly to maintain and difficult to keep working properly. Currently they only make sense for narrow use – specifically, in the case of those who’ve lost limbs. Because they’re already used to using their brain to control an appendage, it’s easier for scientists and researchers to harness those brainwaves to control prosthetic devices.

But, a universal BCI wouldn’t be so constrained. Theoretically, it’d work just like Alexa, Siri, or Google Assistant, except you’d cut out the middle-man and think to your devices directly instead of shouting at your phone or smart speakers.

We’ve been told that AI is the most important technology in the modern world. It’s been compared to humankind’s discovery of fire and the invention of electricity. But most of us just don’t see it. Sure, virtual assistants and chat bots are pretty cool, but most of us would rather just tap on our screens or use the remote than bark orders to a disembodied digital secretary.

First, let’s talk about how soon they’ll be here. It feels like any minute now Facebook, Neuralink, or some weird dark horse like Uber is going to announce a brain-computer interface for the general public. It’ll most likely be a narrow-use device that gets things going, we likely won’t be controlling entire laptop computers with our minds.

Instead, we should expect BCIs to come packaged with gadgets at first. Maybe we’ll see them in light switches and thermostats – like current smart home technology – as a way of acclimating the public to the idea. Assuming the tech works, it won’t take long before a simple combination of real-time user authentication and brain wave analysis makes BCI tech become the “internet of things that are controlled by your brain.”

If you think about it (pun intended), just about anything could be controlled with simple brain commands such as open, close, on, off, in, out, up, down, left, right, a, b, c, 1, 2, 3, or play some Skynyrd.

The company that figures out how to make a reliable, secure BCI that can integrate with the devices that are already in our lives – coffee makers, televisions, drones, you name it – could very well become the next big thing in tech.

This first wave of products could be here in a matter of years. How reliable they’ll be and whether or not the general public is open to the idea of opening doors and turning off lights with their minds may be a matter for debate, but it seems like smart phones and voice-control may have at least prepared us a little for the onset of telemechanical mind control.

After that, the sky’s the limit. We may one day use chips and AI to make secure mental connections with cloud computers. This would make machine such as ATMs, that merely exist to authenticate a transaction, obsolete. And who knows what kind of alien aesthetics we’ll end up with as a result of a less hands-on approach to reality once physical spaces are designed with machine mind-control as a central focus.

At the end of the day, BCIs might be an even more exciting technology than human-level AI. Sure it’d be cool to have a robot friend that could think and feel. But, unlike general AI, a general BCI might actually happen in the next decade.