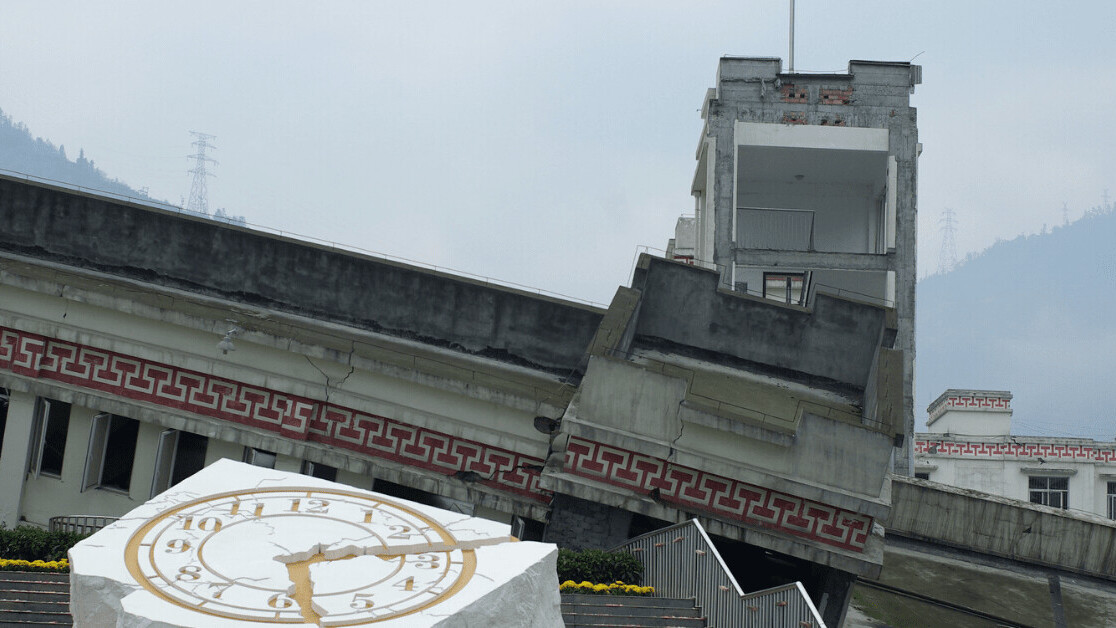 China is developing an earthquake prediction system that uses AI to measure seismic activity in one of the world’s most quake-prone countries.

The system developed by the University of Science and Technology of China and the China Earthquake Administration analyzes vast volumes of seismic data to automatically predict impending earthquakes.

It’s currently being tested in the provinces of Yunnan and Sichuan in the southwest of China, the South China Morning Post reports.

The mountainous region is the location of most of the country’s earthquakes, including China‘s last major seismic disaster, a magnitude 8 earthquake that killed almost 90,000 people after hitting Sichuan in 2008.

[Read: This AI could reunite families after an earthquake]

The new system has the potential to reduce the death toll of future quakes by allowing authorities to more rapidly and efficiently manage search-and-rescue operations, shut down nuclear power stations and slow down trains.

Predicting earthquakes is a complicated task. The Geological Survey says that scientists have never predicted a major earthquake, and instead can only estimate the likelihood of one occurring in a specific area within a certain number of years.

Existing predictions typically rely on human experts to estimate factors such as the epicenter and magnitude of an earthquake by analyzing vibrations in the earth and its crust.

The new system could replace these human calculations with a fully automated system. It has already shown superior accuracy to manual computing methods used in 446 earthquake assessment results, according to a report published in the official newspaper of China‘s Ministry of Science and Technology.

If the one-year trial proves successful, the system could be deployed across the country.

It may also be extended beyond China‘s borders. The research team is already discussing the system with the disaster monitoring organizations in earthquake-prone countries including Japan, Mexico, and Turkey.