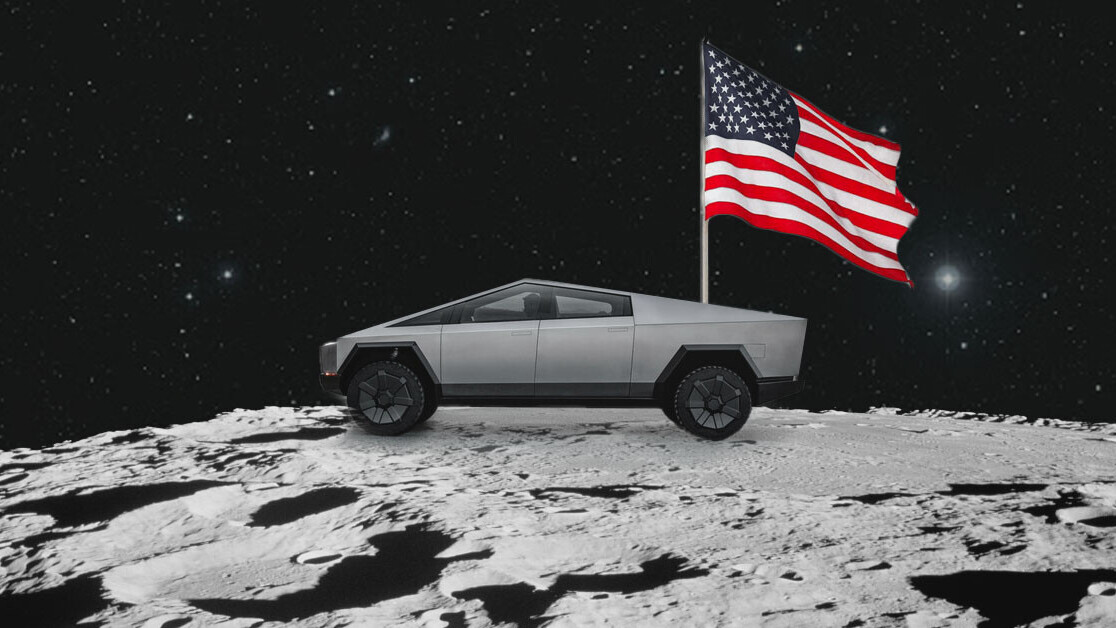 While this isn’t exactly out of character for NASA, we thought the timing was interesting. After all, if there’s one vehicle that screams “I belong on the Moon,” it’s Tesla‘s recently unveiled Cybertruck.

In case you missed it, this meme-of-a-truck is actually a real thing that Tesla CEO Elon Musk forced a team of apparently talented engineers to design and make:

Cybertruck is an electric vehicle that does zero-to-sixty in about two seconds, has really strong windows (sometimes), and looks like what a DMC DeLorean would evolve into if it were a Pokemon.

Read: Everything the Cybertruck looks like, according to the internet

The point is: does anyone out there think NASA will give the gig to any company other than Tesla? Sure there’s precedent; Audi designed a rover and GM’s worked with NASA for years. But these days Elon Musk is the belle of NASA‘s ball as his SpaceX company continues to play a growing role in the agency’s future plans.

NASA intends to meet the President’s directive in putting humans back on the Moon by 2024 and, were this to be the case, those folks will need some transportation if they want to get any work done on the surface.

The official NASA request can be found here. It states that the government seeks a vehicle that’s electric and capable of driving autonomously. That sounds like a job for Tesla‘s Autopilot – which, normally, we bash over its misleading name. In this case, however, there’s little chance that astronauts will put the public in danger by misusing their driver assistance features on the Moon.

But, as Amazon recently found out when Microsoft won the bid for the Pentagon’s JEDI contract, there’s no such thing as a sure thing when it comes to the US government. It’s possible any company with a decent pitch could wind up with the next rover design.

Although, we do have some suggestions if NASA boss Jim Bridenstine is reading.

First, have you considered going with Land Rover? It’s the only company on Earth that could seriously make a product called the “Moon Rover” without looking basic.

Other options could include foregoing the auto industry all-together. What about Jony Ive (iRover?), we hear he’s available, or having the Bioware team come up with a design. Unpopular opinion: The Mako from Mass Effect was, is, and always will be the greatest space buggy ever made:

But, in the end, we all know that Cybertruck is the Batmobile the Moon needs, even if we deserve it more here on Earth.