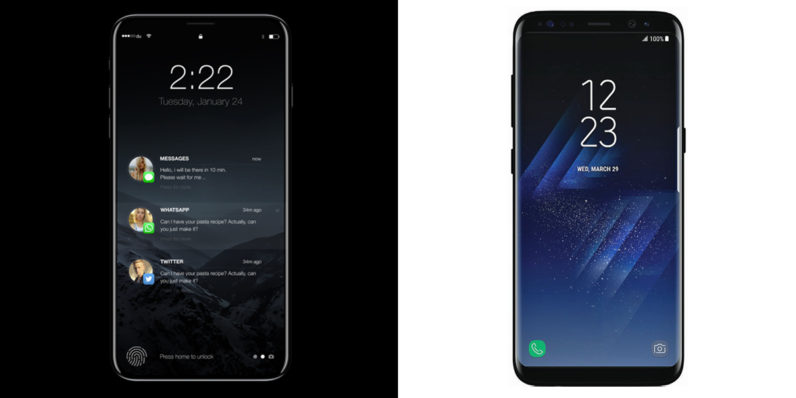 Samsung might have millions of tech aficionados impatiently waiting out the upcoming launch of its flagship Galaxy S8 handset, but recent forecasts suggest the device will still trail behind Apple’s next-generation iPhone when it comes to sales.

This weekend, esteemed Apple analyst Ming-Chi Kuo released a new investor note, focusing on almost entirely on Samsung and the nearing release of the S8. Interestingly, the pundit speculates the South Korean phonemaker will likely see weaker demand for its flagship due to increased competition from Apple.

In his assessment, Kuo argues the Galaxy S8 will likely fail to offer “sufficiently attractive selling points” to consumers, which could draw them to the new and improved iPhone which is slated to get a radical design overhaul.

The analyst projects Samsung’s upcoming flagship will likely sell at a lower rate than its S7 predecessor, which enjoyed a healthy spike as a result of the infamous Note 7 debacle.

Many have already commented on the striking similarities between early iPhone mockups and Galaxy S8 leaks, including neat panels with little bezels and missing home buttons. Still, Kuo believes the identical designs are prone to benefit Apple more than Samsung.

Among other things, the new Galaxy S8 and iPhone 8 could share features like wireless charging and boosted face recognition sensors.

While we’ll probably have to wait until September to catch a peek at the revamped iPhone, Samsung is expected to unveil its forthcoming S8 flagship later this month, with shipping slated to begin in late April.

Read next: What would you do if you had a billion dollar company?