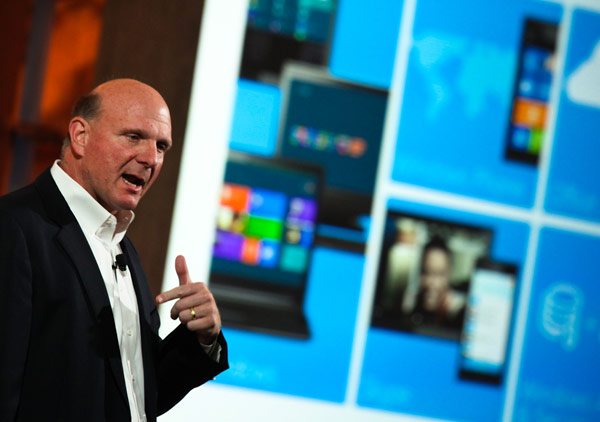 At this point it almost feels like Microsoft is bragging: Today the Redmond-based software giant announced that it has reached an agreement to license its exFAT technology to Sharp, a consumer electronics giant, for use in devices that will include Android units.

Microsoft has landed patent deals with sufficient Android OEMs that it has crossed the 70% unit threshold. This deal with Sharp is simply another in a long line. Recently, Microsoft announced an IP deal with Honeywell, and before that, in April, Pegatron signed on as well. Microsoft’s extensive IP portfolio, it feels, entitles it to royalties on devices that run the Android operating system, given that the company views it as infringing on its patents. Not all OEMs agree, but the trend looks steady: one by one they fall.

exFAT, for the curious, is the successor to the FAT, boosting the size of files that flash memory can handle. Given that devices of all stripes are increasingly using flash storage, the software could be of large importance.

It’s always fun to see how companies describe themselves. This is how Microsoft explains its IP licensing system: “Microsoft offers flexible IP licensing programs that give companies access to many of the foundational technologies in its own products.” I’m sure that companies that receive calls from Microsoft, which eventually become its announced IP partners, feel slightly differently.

For more on Microsoft and its IP campaign, head here.