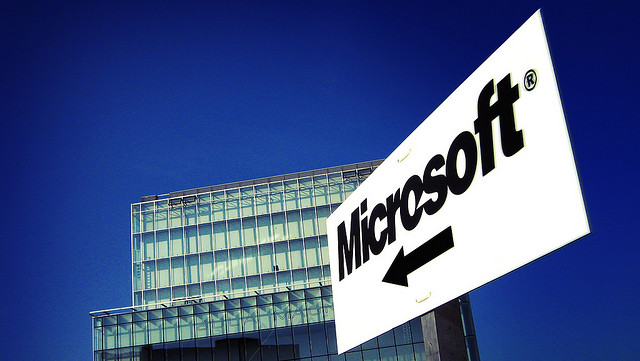 In another case of IP licensing, it appears that Microsoft and device maker Pegatron have signed an agreement that will keep Pegatron from getting sued into oblivion. All that was required was that Pegatron pay the piper for every device that it makes.

“We are pleased to have reached this agreement with Pegatron and proud of the continued success of our Android licensing program in resolving IP issues surrounding Android and Chrome devices in the marketplace,” said Horacio Gutierrez, corporate vice president and deputy general counsel, Intellectual Property Group at Microsoft. “With this agreement, Microsoft has now licensed four of the top five Taiwanese ODMs.”

A quick browse over on Techmeme tells the story about Microsoft and its IP licensing. In fact, LG found itself on the losing end of a very similar agreement only a few months ago. The Redmond folks, however, approach the lawsuits a bit differently, describing the litigation as a “commitment to licensing” –

“The patent agreement is another example of the important role intellectual property plays in ensuring a healthy and vibrant IT ecosystem.”

It’s not the first time that Pegatron has seen troubles, however. Apple put the squeeze on the company and forced it to stop manufacturing an Asus Ultrabook only a few months ago. The company has also had a bit of concern raised over its environmental impacts from its manufacturing facilities in China.

Microsoft claims patent licenses on over 70% of Android devices, a move that earns the company somewhere in the neighborhood of $5 for each device that houses the OS. With skyrocketing Android activations, it’s turning in to quite the cash cow for the company.

Read next: CSS Hat for Photoshop, a pet cemetery and a social network for dogs win Prague Startup Weekend