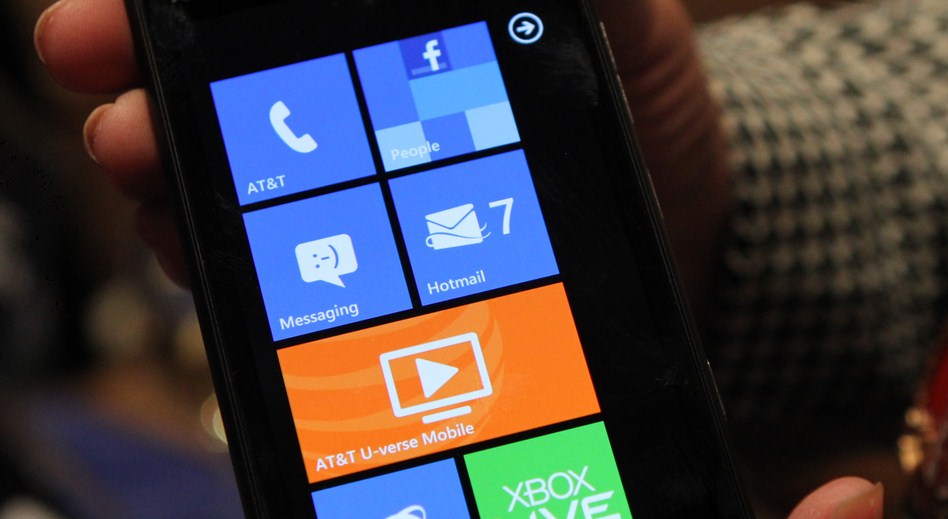 With CES in the air, our coverage of Microsoft has hit a fever pitch. We can’t even begin to fit the last week into this post, so please read backwards to get the full picture. These roundups are summary by nature, and we can’t change that fact.

As a short aside, I’m on vacation next week, which means the mantle of Microsoft will fall to your humble servants Drew, Matthew, and Brad. The topic will be covered, so make sure that you are properly tuned in; you won’t want to miss next week if I am reading the tea leaves properly. Let’s go:

It was a simply massive week for Windows Phone, but we have the hit parade for your enjoyment. You could actually summarize all the stories as follows: Nokia cometh. The company put out its Lumia 900 handset to good press and strong early reviews, giving the larger Windows Phone ecosystem some needed momentum; we still have yet to hear about holiday unit sales.

Here’s the full Nokia lineup for the US: The Lumia 710 on T-Mobile, the Lumia 800 in Microsoft Stores, and the Lumia 900 on AT&T. This gives Nokia a broad lineup of phones on several networks. Finally, the HTC Titan II was announced in tandem with the Lumia 900. It’s also an LTE handset, and appears to be more than capable. It will only help Windows Phone find the gas pedal.

All of that combined with Microsoft’s new promotion strategies, and we asked publicly if 2012 was going to be Windows Phone’s break out year. Perhaps.

It wouldn’t be a week on TNW Microsoft without a soap box mounting, and this week we delivered with more gusto than we usually muster. During its CES keynote (more on that shortly) Microsoft showed off a bevy of Ultrabooks from a number of OEMs. In general, they look good. Annoyingly good, actually:

The ‘Ultrabook’ idea is mostly a marketing canard, but it has led to something that we have not had for so long that it feels almost mythical: high quality and well priced Windows-based laptops.

Here’s the real kicker: they are coming from the same people who have sold us utter crud for so long. Dang. They just, I don’t know, tried harder all of a sudden. It’s as if the engineering teams at the various PC OEMs woke up one morning, and actually drank coffee for a change. “You know Ted, instead of shipping another round of crap, why don’t we make something that people will actually want to use?” I’m annoyed by this. I’m frustrated that we’ve been underserved and charged full price for so long.

We’ve been ‘trolled,’ essentially. In a very odd way we can thank Apple for showing the world that great machines can be built at market-sustainable price points. Someone get me five minutes with Dell in a locked room, then send in HP.

The End Is Over. Really, Microsoft is done with CES. And it went out with no bang and a crashing whimper. In a meandering and boring keynote, Ballmer sat next to Ryan Seacrest (who?) and blathered through a laundry list of things that we already knew.

Here’s what we learned: It’s a damn fine thing that Microsoft is letting CES go, otherwise we would have to cover another keynote, which might have proven lethal. If you want to nap, here’s our liveblog of the ordeal. Just for wiggles, here’s the painfully bad ‘Tweet Choir’ that made us hate music for several minutes:

Oh, and Kinect for Windows is due February first, so you can start counting down.

Finally today a story that is more critical than the rest: the Microsoft patent war of royalties with Android OEMs is nearing completion, and not because the company is losing. A new deal with LG puts Microsoft at some 70% penetration with Android manufacturers, in terms of market share. Sure, Windows Phone might not make money, but Android is a new Microsoft cash firehose.

Android sells a billion handsets? That’s a cool five to fifteen billion in cash for Redmond. Just think if Android tablets ever take off. Kaching. And to Microsoft, this is just the new reality:

Horacio Gutiérrez, the deputy general counsel, who leads Microsoft’s intellectual property group, believes that without a patent system, companies will not have the drive or incentive to spend millions of dollars and numerous years creating new technologies that become the foundation of hardware and software platforms we see and use today.

That’s all for the week, stay strapped in for more.