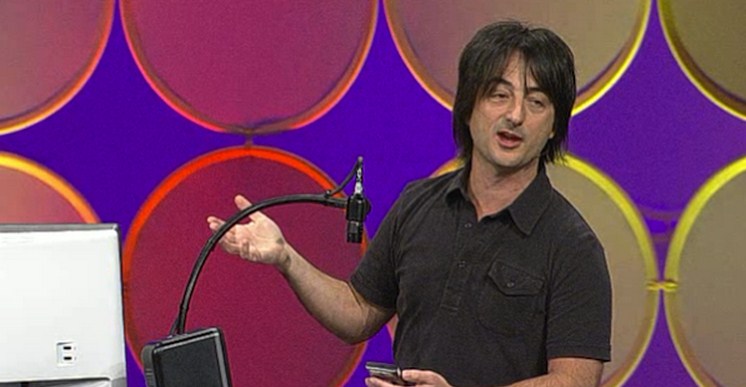 In an interview today at CES, Microsoft’s Joe Belfiore told The Verge that Windows Phone will not fight the Android ecosystem of handsets on a specification by specification basis. Instead, Belfiore mentioned a general call to ‘quality’ as the goal of Windows Phone, noting social connections as one basis for the idea.

This is a reiteration of strategy, or perhaps an encapsulation of it, but it is in no way a deviation from what Microsoft has been doing with Windows Phone since its inception. The idea of building a cohesive set of handsets, from various OEMs, which adhere to a certain minimum spec has been thus far partially successful for the company; while the hardware of Windows Phone has now reached a relative high point, the first generation of handsets that shipped running Windows Phone 7 and 7.1 were quite dull.

However, the hardware kinks appear now to be sorted, and Windows Phone is happily settling into a yearly cycle of releases, akin to what iOS currently employs.

Here’s why this matters: Android handsets are viciously cutting edge, but the market for them can be chaotic to the average consumer, and perhaps even confusing. Microsoft is attempting to take the multi-OEM strength of Android, and combine it with the stability of the iPhone line. It has, as we noted, been doing this since day one with Windows Phone, but has only now managed to, we would say, perhaps pull it off. Mango, the current and new edition of the Windows Phone software is far superior than what was released over a year ago, and the second generation of hardware is a mile above the first.

The idea of quality, the unification of top hardware and innovative software, appears to if not be the current reality of Windows Phone, something that it can achieve in the near future.

Is this the right move? Android has zoomed to the top in terms of unit sales, and tales of its hundreds of thousands of daily activations are the norm. Perhaps Microsoft is playing a longer game, but the idea of ‘quality’ is not always as sexy as one might think. The idea of ‘it just works’ can be effective if the brand attached to it is believable, but in the case of a relative newcomer such as Windows Phone, it can be a tough sell.

For now though, Microsoft is working on building world-class mobile products. And whether you think that they are there yet or not, it’s hard to become too annoyed at their efforts. Let’s see how Nokia’s new wares sell here the States, and we’ll have some real data. For now, on goes Windows Phone.