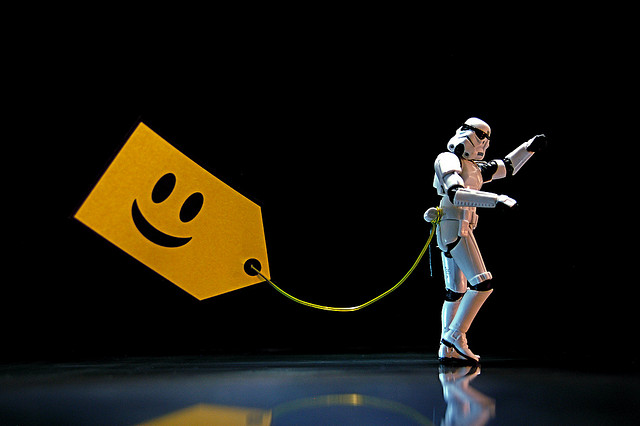 Gustavo Bessone is the co-founder of this ad tech startup, which focuses on adding contextual ads to images and videos for content owners to monetize their pages.

Bessone is obviously thrilled about the deal, but what makes him even prouder is that it proves detractors wrong, he says. Though raising a financing round is by no means a guarantee of success, this is still very good news for a Latin American early-stage startup, and we decided to ask Bessone about Taggify’s journey until now and its plans for the future.

AH: A few months ago, we published a controversial interview of Arnon Kohavi, a foreign investor who gave up on setting up a VC fund in Chile, pointing out the country’s weaknesses. What is your personal take on this?

GB: What I want to say is that there is much more about Chile than bad news. In our case, the financing round we have raised is 100% Chilean, so it’s not true that there isn’t money for startups in Chile.

For us, this round also comes as the validation of our business – an idea, by the way, that Arnon Kohavi himself had strongly dismissed very shortly after hearing my elevator pitch, saying that “it would never work.”

I also think that people shouldn’t be complaining so much about bureaucracy at Start-Up Chile – and I am sure most entrepreneurs from the program feel the same as I do. I mean, come on, it’s free money! Plus the $40k grant is only a small piece of what they give you.

As a company, we were part of Start-Up Chile’s first official batch of startups, and I found the experience simply awesome. In the end of the day, it’s thanks to them that we have raised our round. The best thing about it was the opportunity to network with entrepreneurs from all over the world.

AH: You are not from Chile, are you? 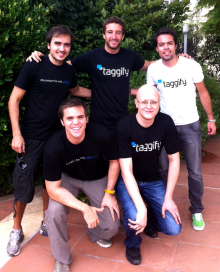 GB: No, I am Argentinian, and so are two of my co-founders – the fourth one is Russian. Our main office is in Buenos Aires and we have six people working there, but I moved to Chile in July as part of Start-Up Chile’s requirements.

Compared to my home country, Chile offers a lot of things that Argentina doesn’t offer for the entrepreneurial ecosystem. When you see Start-Up Chile, which is a government initiative, you know from the start that the government is supporting entrepreneurship. In Argentina, there are a few things, but it doesn’t get close to what exists in Chile.

I am actually very grateful to Chile. The local ecosystem is still adolescent, but it’s growing, and I think it could soon become the tech center of Latin America.

AH: How did the connection with your investors take place?

GB: The contact was made through our advisor, Atakama Labs’ founder Tiburcio de la Carcova, who introduced us to Raimundo Cerda from Aurus last December. A little after that, we also started talking to Copesa.

We think the two of them are very complementary. One one hand, Aurus is brining the largest amount – $750,000 – has already invested in tech startups such as Junar, WeSync and Clickmagic. [Below, Aurus’s tech startup portfolio according to its website.]

On the other hand, Copesa is investing less – $250,000 – but its know-how in advertising means that it will also be able to help us with what we do.

AH: Can you tell us more about Taggify?

GB: We do advertising, but we innovate by monetizing spaces that traditional ad companies don’t monetize, such as videos and images. Our initial idea was to have tags appearing when the user hovers on an image, and we did it for a website we had.

We then decided to do the same for other websites, and became an atypical ad network. We also went beyond our Photofy product for images, and now offer other solutions such as Vidiofy and Linkify.

For instance, Vidiofy adds links to related videos that users can play without leaving the website, and we show a banner during loading time, so it’s a source of monetization for webmasters. As for Linkify, it adds advertising to outgoing links – again, a way to generate revenue from content that wasn’t monetized.

Relevance is also an important aspect of our products, and we integrate tools such as geo-targeting. Our background is more technical than the typical ad network, where most people have a commercial profile – and we also know the other side of the business, since our first experience was as clients. [Taggify’s CTO Sebastian Vaggi has also co-founded Uwall.tv and DePaginas].

AH: You probably hear that question quite often, but what if Google decides to do the same?

GB: As all big companies, Google is usually slower in launching new products. However, selling our company to them could be an interesting exit strategy for us.

AH: What are you planning to do with the money you have raised?

GB: We want to expand our commercial side, and we are currently in the process of hiring key commercial executives with senior experience at ad networks. Talent is expensive, but it will help us grow. So to answer your question, most of the money will go into salaries and commercial expansion.

We are now in the process of incorporating in Delaware, with subsidiaries in Argentina and Chile. It makes sense to keep development costs in Latin America, but we want to be as global as possible. Still, we have to start somewhere, so we’ll initially focus on North America and Latin America, and hopefully expand to other territories soon.

While the Latin American market is increasingly attracting attention from foreign companies, it is certainly interesting to see a growing number of Latin American startups with a global mindset. Do you know other local companies with international ambitions? Let us know in the comments.