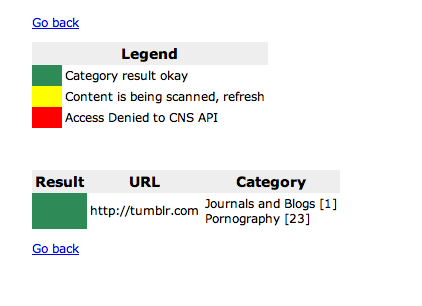 Canadian software company, Netsweep Inc., has added itself to a surprisingly long list of western software developers who are more than happy to sacrifice basic human rights in favour of a buck. According to Ron Diebert, director of the Citizen Lab at the Munk School of Global Affairs,Netsweep has had a hand in limiting the access of Arab Internet users.

The Canadian company has sold its software to Middle Eastern governments who are struggling to keep a lid on protests in their cities, and Netsweeper makes no effort to hide that fact. The company is unapologetic about their software, as well as how and where it is used.

In a document freely available for download on their website, they state that the software can be used to “block inappropriate content using [a] pre-established list of 90+ categories to meet government rules and regulations – based on social, religious or political ideals.” The same document lists Qatar, Yemen, and the United Arab Emirates, along with Canada and India as countries where the software has been implemented.

Not only does Netsweeper have no qualms about how the software is used, they can also be faulted for an extremely conservative, and highly subjective, view of what sites are used for. Tumblr is listed both as a blogging platform as well as being flagged for pornographic content.

Consequently, there were reports that Tumblr was blocked in Qatar, UAE, Yemen, and Kuwait, due to Netsweeper’s classification. So rather than just pull the plug entirely, when things are going really bad for them, some governments are attempting to take the more subtle route of blocking certain content. With the United Nations declaring Internet access a human right, Netsweeper is in clear violation of this.

Tumblr is now reported to be working in the four Arab countries, despite the fact that it is still clasified on Netsweeper’s site as pornography.

The move might have even acted as intentional marketing stunt for the blogging platform, with Qatar based magazine, Qatar Today running their very own Tumblr account now.

The Tumblr incident aside, Internet usage of residents of these four Middle Eastern countries lies at the mercy of both their governments, and a security company which is not only in collusion with these governments, but is also prone to clerical errors that can lead to an entire network becoming off-limits.

While Netsweeper is being championed at home for keeping families safe online, it could just as easily be putting other people in danger if their clients choose to block social networks that play a key role in violent crackdowns on protests.

Read next: Nearing 700 million users, here's what Facebook should do next.