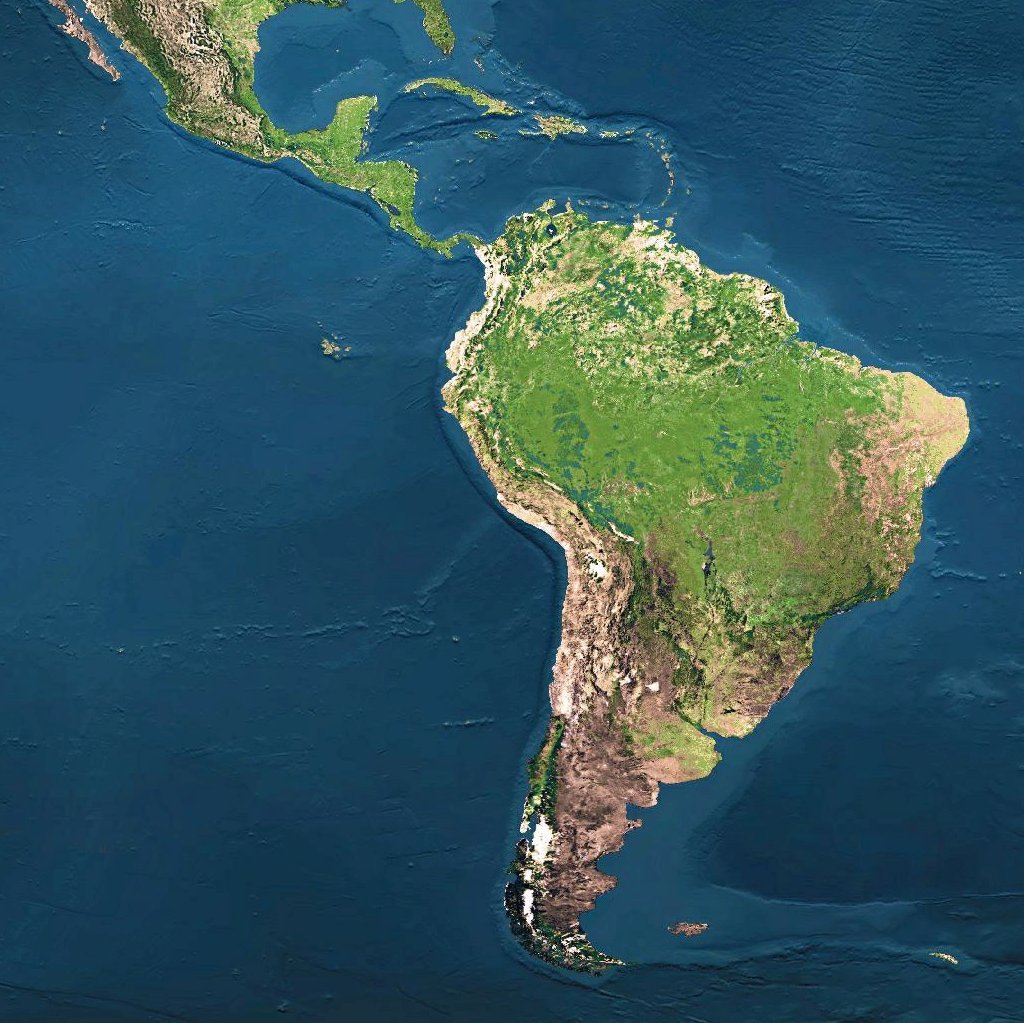 Silicon Valley incubator 500 Startups plans to invest in 5 Latin American companies this year, as we reported earlier this week; one more sign of the increased attention the tech world is paying to Latin America. However, despite the fact that more and more investors are keeping a close eye on the region, the hottest startups remain relatively lesser-known outside the region.

With that in mind, we decided to highlight 10 very promising Latin American startups, several of which have already attracted foreign investments. Although many might come across as copycats at first, a closer look reveals how they adapted to the local markets’ specificities, particularly in terms of payments; this was mandatory to reach the growing Latin American middle class. They also reflect the importance of social networks and mobile in the region.

BuscaPé is one of the best-known success cases from the region. The comparison shopping website went a long way since its launch in 1999: this Brazilian startup is now present in 34 countries, following its acquisition by South African group Naspers in 2009 for a whopping US$342 million. Its ascendancy is such that it’s now supporting other local entrepreneurs: the company is organizing a challenge for social and mobile e-commerce business ideas. Called “Sua Ideia Vale 1 Milhao” (“Your idea is worth 1 million”), it will award  one of these projects 300,000 Brazilian reais (around US$183,000). Besides this contest, it’s also worth noting that BuscaPé has also invested in other Latin American startups over the last years.

PagosOnline launched in 2002 as “the Colombian PayPal” with headquarters in Bogota. BuscaPé acquired 75% of this Colombian payment processing and aggregating company in 2010, which means that it is also part of the Naspers group. It integrates different payment solutions including local credit cards, but also bank transfers and cash payments – which is crucial since most Latin Americans don’t have a credit card. BuscaPé itself is now using PagosOnline’s services for its platforms, and the company claims to have over 5,000 clients, including e-commerce websites, retailers and airlines (40% of transactions are related to plane tickets). Though online payments are booming in Colombia (+45% in 2010, i.e. US$600 million), PagosOnline’s business is not limited to its home country: it is currently expanding through the region and started operations in Mexico, Brazil, Peru, Chile, Panama and Argentina via its division LatinAmericanPayments.

Vostu is a social gaming company that was founded in 2007. Its founders are Brazilian, but besides Sao Paulo it also has offices in New York and Buenos Aires. According to the company’s information, “50 million users have already played (its) games” across Google’s social network Orkut, Facebook, MSN and Vostu’s own platform. Initially backed by Intel Capital, it raised US$30 million in Series C funding in November 2010 from hedge fund Tiger Global Management and Accel Partners, which had also backed Facebook and many other successful ventures. You can watch a very recent Bloomberg TV’s interview of the co-founders (and former Harvard classmates) here.

Mentez, with headquarters in Sao Paulo and Miami, is Vostu’s main rival. It defines itself as a publisher of social applications, most of them games, that can be played on social networks (Facebook, Orkut…). It claims to have 22 million weekly active users on Orkut and 10 million monthly active users on Facebook. Actually, it is so close to being “the Zynga of Latin America” that Zynga chose Mentez as its partner to expand in the region and sell its pre-paid cards through the Paymentez platform. Paymentez transactions can take place at physical retail points, many of them within cyber-cafes.  Mentez, backed by Insight Venture Partners, also acts as a distributor for Disney-owned Playdom. Though Vostu and Mentez are very similar, there is probably space for the 2 of them: as quoted by VentureBeat, “Latin America’s virtual goods market is expected to grow to $517 million in revenues by 2012, according to a market study by SuperData Research and PlaySpan.”

Eventioz is an Argentinian online event registration service, similar to EventBrite or Amiando, which help its clients manage all steps of their events, from publishing to invites and payments. It’s free for event organizers but takes a 5.99% commission on registrations. Its clients’ list includes Telefonica, McDonald’s and Endeavor, among others – most of them in Latin America and some in Europe. According to an interview with the company’s Director of Marketing, its main points of focus at the moment are Latin America and Spain but further internationalization is also on the plans – the site is already available in Spanish, Catalan and English.

Restorando.com is an online restaurant booking service similar to OpenTable launched in October 2010 by Argentinians Frank Martin and Franco Silvetti. The service is free for diners and a fidelity programme means that they earn free meals after a certain number of bookings. Several of the company’s board members are former key execs of MercadoLibre, arguably Argentina’s most successful startup, which now counts eBay as a shareholder. MercadoLibre went public on the Nasdaq with a US$400m IPO in 2007. Restorando.com has operations in Buenos Aires and Sao Paulo and closed a new investment round in April this year, led by Atomico, the VC firm founded by Skype’s co-founder Niklas Zennström. It plans to expand to new markets soon.

Smowtion was founded in Argentina in 2008 and has been supported by Endeavor since 2010. It is a tech company focusing on online advertising and helping publishers to monetize their content. It has offices in Buenos Aires, Mexico City and Miami and is also represented in Spain. The platform itself is available in 8 languages (Russian, German and Dutch being the latest additions). The company claims to connect advertisers (from Adidas to Unilever) to 217 million unique users per month thanks to a network of over 120,000 publishers around the world. It officially launched in the US in April this year during ad:tech San Francisco.

Junar is a free web-based dashboard that lets users (journalists, students, companies, etc.) search through data streams. Its founders are Argentinians Javier Pajaro (CTO) and Diego May (CEO). The company was one of the firsts to be selected by the Startup Chile programme [See our story here] and received an initial US$40,000 grant. It then closed a US$1.2 million Series A financing round in December 2010 and is backed by two Chilean funds (Aurus Tecnologia and Austral Capital) as well as angels from different countries. According to the company’s blog, it launched in Beta in February this year during the Launch conference and reached 10,000 data streams in April. It is already operating in the US, where it was a semi-finalist in the MIT $100K Entrepreneurship Competition. According to an interview, it also has a data creation team in Costa Rica. The company has global development plans.

Movile is a mobile services company headquarted in Sao Paulo with offices in Argentina, Colombia, Mexico, Venezuela and Uruguay. It provides mobile entertainment content, m-payments for virtual goods, marketing services and HTML5 applications distribution (with Zeewe app store) to “more than 100 million active users worldwide” (B2B and B2C). The company was launched 10 years ago as n-Time; the name Movile replaced “Compera n-Time” after the company merged with Yavox and Cyclelogic. Part of Naspers group since 2008, it is also an Endeavor company since 2003. According to the company’s CEO Fabricio Bloisi, the company is focusing on Latin America where opportunities are huge since “mobile Internet will be larger than the conventional Internet, particularly in emerging countries.”

DeskMetrics is “a real-time desktop analytics which allows companies to understand how their desktop software is being used”. As coined by the CEO in an interview with ResultsOn (in Portuguese), it”s “a Google analytics for desktop software”, targeting medium and small enterprises that didn’t have easy access to this kind of data. Besides supporting many programming languages, it is available in beta for Mac OS X and iOS; it also supports Linux through Mono, Adobe Air and Java runtimes. Just a few months after its creation and launch in 2010, this Brazilian startup from Belo Horizonte already raised a US$200,000 seed round led “by an undisclosed regional angel investment group”. Many of its clients are outside Brazil and it has a clear potential to reach the global market.

Did you already know these companies? What are your personal picks?

Read next: A Tour of Facebook's Upcoming Ad Platform