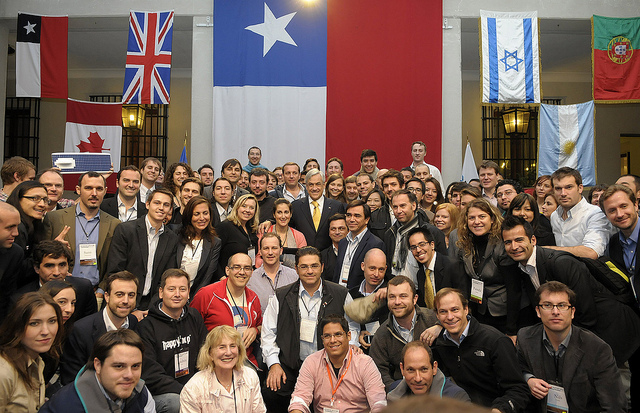 The digital service Entrustet, which lets users prepare their last wishes for their online assets, has been bought by the online storage firm SecureSafe. According to its co-founder Nathan Lustig, this makes it the first Start-Up Chile company to get acquired.

As you may remember, we first mentioned Entrustet when its team moved from Wisconsin to Chile to participate in Start-Up Chile’s first acceleration cycle, alongside a pilot batch of 25 international startups which received a $40,000 grant from the Chilean government. At the time, Lustig had shared its initial experience on Quora:

“I’m the cofounder of www.Entrustet.com, a startup based out of Madison, WI. We moved to Santiago Chile as part of the Startup Chile program back in November. We moved because the Chilean government was offering $40k for us to move for six months, plus we were attracted by the talent, cheap living expenses and the ability to work in a foreign country. We were also able to escape the Wisconsin winter for the Chilean summer. We’re very interested in cheaper development costs and potentially having part of our company stay in Chile.”

Since then, the program has considerably grown; not only did its latest calls for projects welcome a much larger number of teams, but they are now also open to Chilean startups. In total, its ambition is to accelerate 1,000 companies by 2014.

More generally, its results so far have been quite noteworthy. Among the startups which have already completed the program, over 40 have already shipped a product – for instance Bungolow, Hadza and Toldo. Companies such as Junar and InBed.me have also managed to secure VC funding, while others, such as TNW BizSpark Rally finalist Babelverse, are attracting increasing attention.

Still, Entrustet is the first alumnus that has been acquired. Its buyer is the Zurich-based digital planning company SecureSafe, which is part of the software security group DSwiss. According to Lustig, both companies are very complementary:

“SecureSafe does quite well in Europe, but was looking to expand operations into the U.S. What Entrustet could offer most was both an enthusiastic userbase, our partnerships with estate attorneys and the rest of the industry,” he said. By joining forces, they will let users “plan for [their] digital assets that [they] can be assured will be carried out when [they pass away,” he added.

While you may be wondering what’s in it for Chile, it seems Entrustet was well worth the grant it received. Sure, you could see it as an American startup selling to a Swiss group, but it also contributed to build the Chilean startup ecosystem, which is the central goal of Start-Up Chile.

One of its key purpose is to promote Chile as an attractive destination for foreign businesses. In this context, it makes sense for the government to invest taxpayers’ money into creating an advocate network. For example, Lustig was a speaker during the official event during which Chile’s President Sebastián Piñera personally welcomed Dave McClure and his Geeks on a Plane delegation (see our previous story).

While it was certainly one of Lustig’s most memorable moments in Chile, it also helped spread the word about Chile and its startup scene in Silicon Valley – as a matter of fact, a sizable number of applicants come from the US.

Of course, one of the program’s hopes is that some of these startups will remain in Chile once the acceleration cycle ends. Although Entrustet moved its operations back to the US, Lustig’s personal case is a sign of the program’s positive consequences on talent attraction:

“We came back to Wisconsin in the US and kept working on the business. We kept contact with our friends and contacts here in Chile and after it became clear that we were being acquired, I came back to Chile and have been working at the head of marketing for Welcu in their expansion across Latin America while I look for new ideas.”

As we reported, the Chilean event management startup Welcu is one of the most promising startups in its home country. After participating in 500 Startups’ summer program, it is now in the process of expanding to Argentina, Colombia and Brazil. In other words, chances are that Start-Up Chile’s grant to Entrustet was well worth its while when it comes to boosting entrepreneurship across the country.

Read next: Beercamp: A pop-up book styled site that pushes CSS 3D to its limits