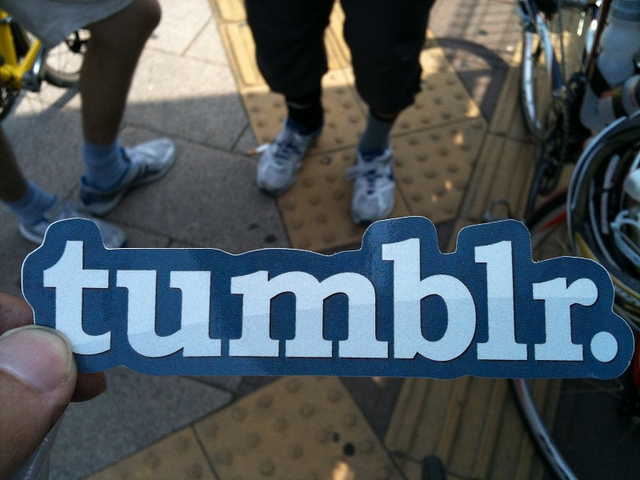 The microblogging platform Tumblr will soon be translated into Portuguese, its latest Brazilian hire Gina Gotthilf confirmed in an interview with the Brazilian blog Link Estadão, following her participation in the gigantic Campus Party Brazil.

It’s been known for a couple weeks that the company was particularly interested in Brazil, and it became clear it was planning to launch operations in the country when it started looking for a ‘Country Consultant – Brazil’.

Not only did Tumblr publish an online offer, but its evangelist Mark Coatney and HR manager Charlie Gray both traveled to the country last week in the hope of finding the right person for the job.

And it seems they did: as it is now known, the company hired the 25-year-old social media executive Gina Gotthilf to prepare the opening of its local offices. Scheduled to open doors between the end of 2012 and the beginning of 2013, it would be Tumblr’s first office outside the US.

Gotthilf’s duties are wide-ranging; besides fostering Tumblr’s local community and closing partnerships with media and celebrities, she will also be in charge of hiring local staff.

This means that the country consultant role could be available again very soon – besides her current activities, Gotthilf will soon start representing Tumblr internationally as part of its global push. It means she will need someone to handle operations on the ground while she’s away, she says.

Why Tumblr can grow

So why is Brazil so important for Tumblr? The numbers speak for themselves: Brazil accounts for the second largest number of visits to the platform after the US. According to comScore, Tumblr attracted 4m Brazilians visitors last year. It is also growing faster in Brazil than in other regions; its Brazilian user base grew by 209% in 2011, compared to a 167% global average.

There are several reasons for this growth, starting with the fact that Internet access is becoming increasingly common, including for millions of Brazilians who have recently left poverty. In this context, launching a Portuguese version is particularly useful for Tumblr, and could help it reach this new middle class, which Facebook is already chasing.

As a matter of fact, Tumblr seems like a very good fit for Brazil – a country where social media and humor are an essential part of the digital culture. Unsurprisingly, local users already created many creative and funny Tumblrs, such as the self-explanatory “Onde eu clico?“, which means “Where do I click?”:

With Tumblr launching local operations and chasing mainstream partnerships, chances are the list of interesting Brazilian Tumblrs to follow will soon be much longer.

What is your favorite Brazilian Tumblr? Let us know in the comments.