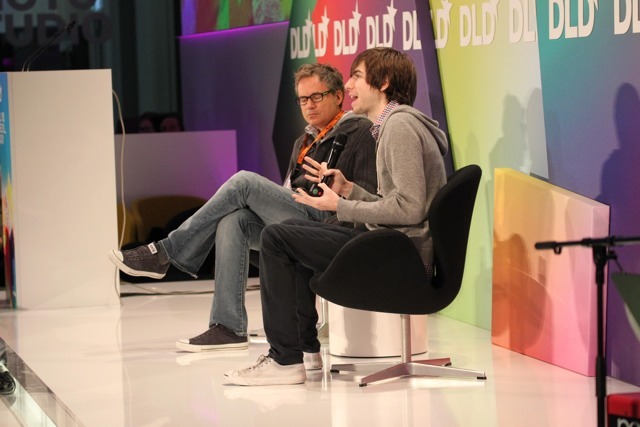 Speaking about how Tumblr differs from traditional “editorial” services like WordPress, Karp quoted figures from website traffic measuring company Quantcast, not directly referencing internal figures from its own analytics.

However, he did note how social Tumblr had become and how easy the team had made it for users to set up a new blog and immediately start posting.

Referencing the social aspect of the service, Karp said that the average Tumblr blog is re-blogged nine times, helping to distribute user content to wider audiences via RSS, Twitter, Facebook and other social sharing services that can be synchronised with the blogging platform.

Tumblr’s main audience is from the U.S, with 45% of visitors (249 million) to its networks coming from America alone. Brazil makes up a large part also with 49 million visits, with the UK accounting for 34 million visits. To date, Tumblr has seen more 560 million people view content on its networks.

When asked about revenue, Karp noted that whilst the company could immediately run Google Ads on its pages, the team is looking to experiment with ways to boost revenue, especially now the service is more than 5 years old. He says that over the next couple of years, the company will experiment with novel approaches to revenue, coming up with a revenue stream that is “really beneficial to the community”.

Tumblr is already seeing success with its theme repository, which holds more than a thousand unique and customisable designs for its users to use on their blogs. Priced between $10 and $50, the themes are being regularly downloaded, meaning that Tumblr is writing cheques running into the “hundreds of thousands” to designers and contributors to the community.

Moving forward, Karp says that Tumblr will go “all in” and expand on the East Coast, bringing in talent from all over the country to work in New York. The Tumblr founder says he doesn’t believe it’s easy for new users to immediately use the service and start interacting with Tumblr blogs, the team is aiming to make it easier for people to find, digest and share content in the future.