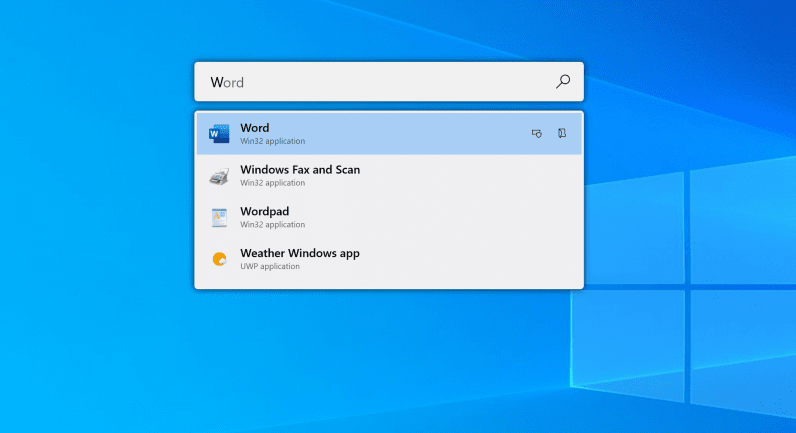 Win+R. It’s a command any Windows power-user is familiar with, but the Run launcher has remained basically unchanged for generations. Today at its online-only Build 2020, Microsoft announced an optional, open-source replacement for the command, dubbed PowerToys Run. The idea is to make the Run launcher a more elegant, functional, and customizable tool for power users more akin to Apple’s Spotlight.

For power users, the run command tends to be useful for quickly accessing system tools like the registry tool (regedit) or the startup utility(msconfig), and quickly running cmd commands. According to The Verge, the new tool will eventually be able to support all the same commands as before, but also be able to incorporate more features along the way, including plugins to customize the launcher to your needs.

To start off, Microsoft is building in the features of Wox and Window Walker into PowerToys Run, but in the future, you’ll be able to add plugins, custom web searches, snippets and more.

Unfortunately, it’s pretty barebones at the moment; though the feature has lofty aspirations, it can’t actually run everything you can with old Win + R command yet. It also doesn’t replace said shortcut yet, defaulting to Alt+Space at the moment.

That said, the feature is very zippy, loading results immediately — noticeably more quickly than typing the same things into the Start Menu.

Also available with the new PowerToys is the ability to remap keyboard inputs. For example, only barbarians use the right shift button, so you can assign it to something more useful.

If you want to give it a go, the new PowerToys Run is available to download now on GitHub as part of PowerToys 0.18. Just select the ‘PowerToysSetup-018.0-x64.msi’ file to download it. Needless to say, this is pre-release software, so try it out with caution.

Read next: Notion's note-taking and productivity app is now free for personal use