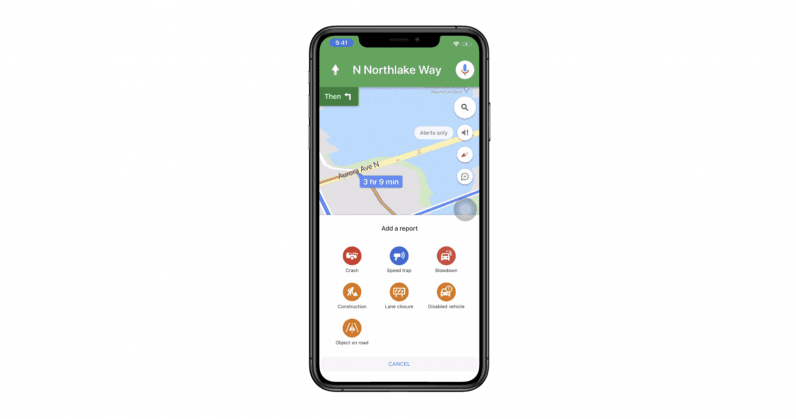 Few things are more annoying than coming across an unexpected delay in traffic. Thankfully modern mapping services are generally pretty good at warning you about hindrances on the road, but someone has to report those incidents first. Now Google is making it easier to do so.

The update most affects iOS users, as some traffic-reporting features were already available on Android. The iPhone crowd will now be able to report crashes, speed traps, and traffic slowdowns right from the maps navigation screen. Simply tap  ‘+’ and select the appropriate incident from a few icons.

New to both platforms, Google is adding four new kinds of traffic incidents. In addition to the above, Android users can now also alert other drivers of construction, lane closures, disabled vehicles, and debris on the road.

The features are rolling out globally to both Android and iOS this week.

Read next: Capcom wants to revive dead titles. Gamers have some suggestions